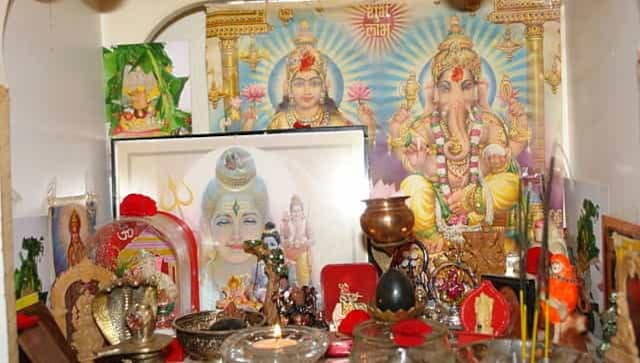 He who pays the piper plays the tune. For over 50 years of independent India’s 75 years, the national polity has been run by the Congress, supported quite often by the communists. This dispensation, by and large, took the Hindu majority for granted, confident that discriminatory and prejudicial practices against them, largely unconstitutional, would not be protested.

So, the Nehruvian regime and the subsequent dynastic rule of the Nehru-Gandhis, assessed that they could get away with it. That they have eventually lost almost all their perches in the states and the Centre is also a consequence of this blatant unfairness.

The Hindus, particularly after the Ram Janmabhoomi movement of the 1980s and the 1990s, have decided to vote against Congress domination in increasing numbers. But for at least five decades, the second-class treatment of Hindus was the norm, and set the theme for the states and Union Territories to follow. Accompanied by the Congress-appointed academics and intellectuals with well-paid sinecures and most of the media. Every one of these people made a virtue of their outlook by dressing it up in Marxian hues.

The various coalition governments that came as the Congress hold weakened, began to change things.

These were occasioned by the followers of Ram Manohar Lohia and Jayaprakash Narayan in the 1970s. Their influence gave birth to a number of strong regional parties of Yadavs and Dalits in the electorally dominant cow belt. In the South, simultaneously, the upper castes in power were overthrown by DMK and AIDMK politics in Tamil Nadu and elsewhere.

The Congress reacted autocratically with the infamous Emergency during which the descriptors ‘Secular’ and ‘Socialist’ were inserted into the Preamble of the Constitution, and subsequently weaponised.

The changes in the popular mood amongst the lower castes seemed to give the Congress leadership no clues about the need to change.

The Hindu may not have protested at the drop of a hat like the dominant national minority, but it began to vote in a different way, as did, ironically, the Muslims, sick of being used without true benefit.

The minority vote bank stopped being the exclusive preserve of the Congress. Still no correctives were applied. Instead, the Congress undertook a competitive appeasement. This might have been good for the Muslim rank and file, but it queered the pitch for the Hindus even more.

The coalition governments that came next with the fragmentation of the voting patterns, were unstable, pulling in different directions at once. Nevertheless, they were a precursor to the ultimate arrival of Hindu-majority BJP governments eight years ago.

Then, the political the matics indeed began to change. But the Opposition called it “Saffron Communalism”, and hoped against hope that it would be a flash in the pan.

The earlier six-year term of Atal Bihari Vajpayee, a decade before Modi began his Central innings in 2014, made some changes in tone and tenor, but it was hampered by the compulsions of coalition dharma, and being taunted as communal. That it was the pot calling the kettle black was lost on the so-called secularists.

How did the discrimination against Hindus become state policy? First, there was an assumption that the minorities needed special privileges to keep them from being swamped by the numerically dominant Hindus (80 percent). This, after the country had been partitioned hastily, with enormous loss of life and property, amid stark religious lines.

Despite heated opinions on every side, this was essentially done by the departing British, as a malicious parting shot in 1947, including the loss of Pakistan-occupied Kashmir. Like other partitions engineered by the British, it has left the pot of animosity simmering ever since, with occasions when it boils over. There have already been four wars with Pakistan, with the threat of another never too far away. And yet, the politics of minority appeasement is careful not to speak against Pakistani-sponsored terrorism. Instead, it futilely looks for a hook on saffron terrorism to hang its narrative on.

Then there were the provisions in the Constitution, bequeathed to the nation in 1950, that were misused by successive Central and state governments. Article 26 guarantees freedom to all religions to manage their religious affairs including their finances and properties.

In reality, almost all Hindu temples, shrines, properties and associated institutions such as mutts, are, if not fully nationalised, certainly quasi-commandeered by state governments.

The average state not only maintains oversight on all administrative activity, but uses large parts of the huge temple finances as they see fit, for matters that have nothing to do with the Hindu faith. Even their lands are handily encroached upon by the government.

By way of contrast, various Christian church properties, seminaries, retreats, schools, colleges, the latter largely government-assisted, are run exclusively by Christians. The church has one of the largest land-holdings in India, a legacy from British/Portuguese times, but these have been left undisturbed by independent India.

Likewise, the mosques, extensive properties/land, madrassas, seminaries, quite a few originated from Moghul times, are run exclusively by the Muslim waqf boards without any form of outside interference.

Many temples, however, have been demolished both by the Christians in Goa during Portuguese rule, and by the Mughals, as a routine, with no effort at retribution or restitution by the Government of India.

The Spanish Inquisition was brought to Goa and horrific atrocities were perpetrated on its Hindu population in the Catholic Church’s conversion drive. Likewise, the Mughals slaughtered Hindus at will in their millions during their rule, and were only challenged by the Marathas, and later by the British, who took over from them.

But the pristine status of Muslim and Christian holdings and practices puts their culturally aggressive religious bodies in a disproportionately powerful position. In states where the political domination is from the Muslims or Christians, the abuse of Hindus has gone as far as genocide.

In addition, the domination of Sikhs in Punjab has also proved to be increasingly inimical to the prospects of Hindu Punjabis, as well as migrant populations from other states. This is another case of a national minority in pole position in its home state, and its subsequent unforgivable behaviour, despite linguistic affinity. This phenomenon is also rapidly becoming the case in West Bengal, where the social engineering supported by the state government favours a demographic shift in favour of Muslims, both indigenous and imported from Bangladesh.

Both are border states closely watched for leverage by Pakistan and China. The other place, small as it is, where deep threats are at work, is Kerala. There a long-standing communist administration, the last bastion after the loss of Tripura and West Bengal, aids and abets Islamist extremism in its dominant pockets. This is a variation on the theme, but Kerala operates at the expense of the Hindu majority and a significant Christian minority.

But this hands-off policy is not the case with the financially rich major Hindu temples where the devotees donate crores of rupees and other offerings in jewels and gold. The revered Tirupati temple is a glaring instance of government hands in the till.

The recent freeing of the Char Dhams in Uttarakhand from all government control is a refreshing exception going in the other direction. The Supreme Court thinks all the Hindu temples should be free of government controls, but the states and possibly the Centre are still not listening.

In addition, Hindus are in a minority in 10 states, but unlike Muslims and Christians, get none of the minority benefits. They cannot do so unless the states or the Centre decide to designate them as a minority. There is no legal impediment, and yet this has been rarely done, if at all. Maharashtra has designated its Jews as an official minority, but Hindus have no such champion.

In Congress times, the North East was isolated, and saw little infrastructure development. It was run by the Centre, mainly via financial grants because it had little revenue generating capacity on its own. Religious conversion was rife. This collusion also served to keep it in the electoral fold of the Congress.

Since 2014, and particularly after Assam was won by the BJP, its leadership played a stellar role in roping in the smaller of the eight states that comprise this region, and hold just 5 per cent of the population. According to the 2011 Census, Hindus constitute 58 per cent, Christians are 16 per cent and Muslims are 22 per cent. Scheduled Tribes are in strength in the North East, and almost all are Christians.

The friction with the Hindus, that mostly reside in the valleys rather than the upper reaches, is palpable.

But the present political dispensation is ameliorating matters by relentless development of the region that is creating new facilities and local job opportunities. There has been huge infrastructure development by way of roads, bridges, tunnels, railway connectivity, as well as stadiums and training colleges. The North East is regarded as strategically important to keep Chinese ambitions at bay, as well as material to the development of India’s Look East and BIMSTEC Policies.

The BJP/NDA states of Arunachal Pradesh, Meghalaya, Mizoram, Manipur, Nagaland, Sikkim, Tripura and Assam are all being drawn into the mainstream.

There are 47 items in the Concurrent List, meaning those topics on which both the Centre or the state can legislate. There are as many ways to favour one lot of people over another, because these subjects cover items such as criminal law and procedure, preventive detention, trade unions, industrial and labour disputes.

Articles 25 and 26 of the Constitution which deal with freedom to practice one’s religion without hindrance, and the management of their religious affairs in all aspects of it, has never treated Hindus fairly. This more so in places where they are reduced to a minority.

In Pakistan, Bangladesh, and Afghanistan, almost every Hindu and Sikh has been driven out or killed. But what of India itself ? The only way to right the wrongs of independent India’s distorted ideas of secularism, is to declare India a Hindu Rashtra. This must come sooner rather than later.

By Gautam Mukherjee – The writer is a Delhi-based commentator on political and economic affairs. The views expressed are personal.