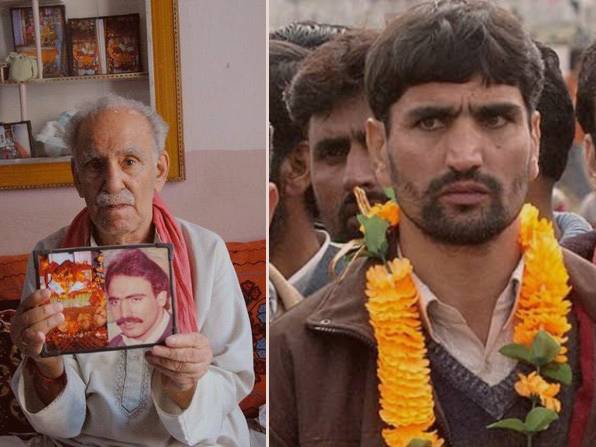 Farooq Ahmed Dar alias Bitta Karate, the butcher of Kashmiri Hindus, will finally face a trial for the murder of Satish Kumar Tickoo nearly 31 years after the Islamic terrorist brutally killed him, reported by OpIndia.

According to the reports, Tickoo’s family has filed a petition in the Srinagar Sessions Court seeking to reopen the case against terrorist Farooq Ahmed Dar alias Bitta Karate in the Satish Kumar Tickoo’s murder case.

Senior Advocate Utsav Bains has filed a criminal application seeking status reports of all the FIRs registered against Karate. The Srinagar sessions court will commence hearing on Wednesday at 10.30 am.

This is the video confession of JKLF Islamist terrorist Bitta Karate who admits to killing Kashmiri Pandit Satish Tickoo in Kashmir because he was a Hindu boy. Yet Jammu TADA Court released him knowing well that he could get death sentence for his brutal rarest of rare crimes. pic.twitter.com/SZRQcorEhL

Bitta Karate, who led the genocide against Kashmiri Hindus in 1990, had confessed on a live TV program that his first victim was Satish Kumar Tickoo. In the interview, Karate had claimed that he got “orders from above to kill him”.

Ashfaq Majeed Wani, the JKLF top commander, was the one who had issued orders to eliminate innocent Kashmiri Hindus living in the valley. Wani was the man who took Bitta Karate and others to Pakistan for terror training.

“He was a Hindu boy,” Karate had recounted. Apparently, Satish Tickoo, a local businessman, was also a very close friend of Bitta Karate.

Karate, who has been heading the Pakistan sponsored terror outfit Jammu and Kashmir Liberation Front (JKLF) for years, has killed 42 people before he was arrested in 1992. He had admitted to have killed at least 20 or “maybe more than 30-40” Kashmiri Pandits in 1990.

“I used pistol to kill from a distance of 20 or 30 yards. Sometimes, I also used AK-47 rifles to fire at the security personnel,” Karate had claimed, adding that he became a terrorist because he was “harassed by the local administration”.

Farooq Ahmed Dar Dar, who waged war against the country by mercilessly killing innocent civilians and the security personnel on the instructions of Pakistan, was arrested in 1990 and charged with the genocide of Kashmiri Pandits. However, he was set free after 17-years.

Bitta Karate was once again arrested in 2008 during Amarnath land row agitation. He was released eight months later, only to be picked up again in 2019 on terror funding charges.

The director of The Kashmir Files, Vivek Agnihotri reacted to the news and hoped for justice for the family of Satish Tickoo, one of the victims during that time. Vivek hoped the Almighty gives justice to all the ‘persecuted and the dead”. “Justice is the first condition for Humanity,” the filmmaker added. He also used the hashtag ‘Right To Justice’, which is a tagline of The Kashmir Files.