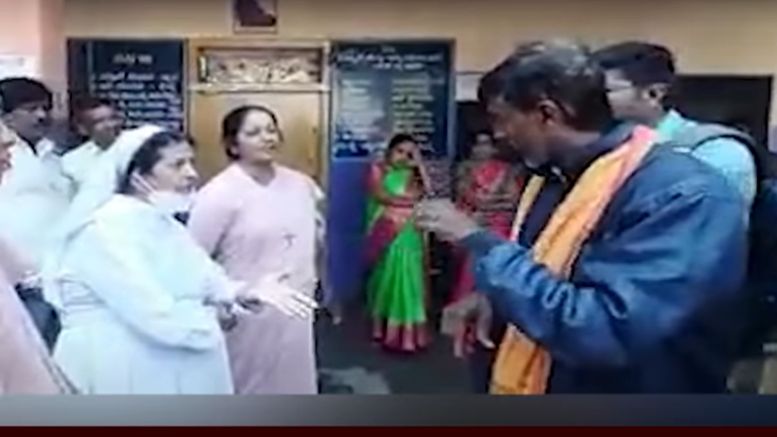 Nirmala English High School, a government-aided school run under the aegis of an International Christian Missionary organization named Salesian Missionaries of Mary Immaculate (SMMI) and located in Karnataka’s Mandya district, has been accused by parents of its Hindu students of forcibly imposing Christianity on its non-Christian students. On the basis of a complaint filed by LRPF (Legal Rights Protection Forum), an organization fighting for the rights of indigenous populations, NCPCR (National Commission for Protection of Child Rights) has taken cognizance of the issue.

As per the complaint, the school had compelled minor Hindu students to participate in celebrating Christian festivities such as Christmas and Good Friday. Further, it was compulsory for all students irrespective of their religion to participate in Daily Christian prayer although attending National Anthem was optional. It has also been accused of distributing Bibles, Christmas greetings, and other Christian literature to students of different religions.

LRPF has pointed out in its complaint that this violates Article 28(3) of the Constitution which states “No person attending any educational institution recognized by the State or receiving aid out of State funds shall be required to take part in any religious instruction that may be imparted in such institution or to attend any religious worship that may be conducted in such institution or in any premises attached thereto unless such person or, if such person is a minor, his guardian has given his consent thereto Cultural and Educational Rights“.

Furthermore, the management has been forcing students to observe fast on the eve of Christian religious festivals that is violative of the Right to Food inherent to a life with dignity, and Article 21 of the Constitution that guarantees a fundamental right to life and personal liberty of citizens including minor children.

“Moreover, making children observe fast is nothing but making them suffer from hunger in the name of ‘religious beliefs, which is a crime under the Juvenile Justice Act”, notes the LRPF complaint calling for immediate intervention from the child rights organization.

Taking note of the complaint, NCPCR has asked the Mandya District Deputy Commission to conduct an inquiry and initiate the necessary legal action against the school. 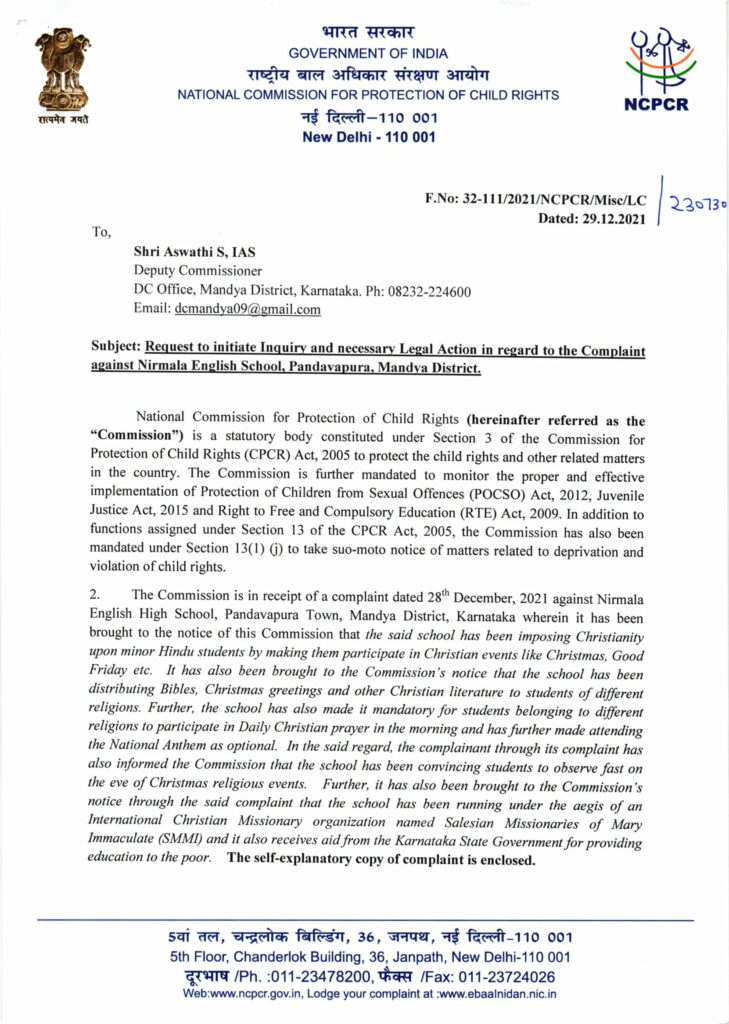 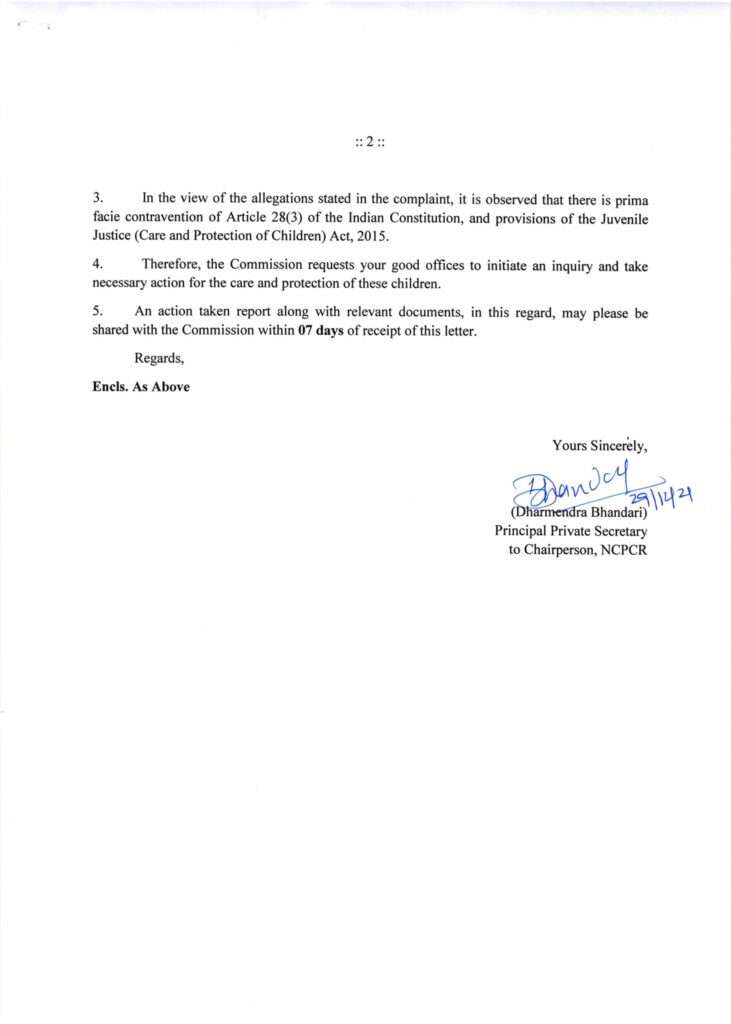 “In view of the allegations stated in the complaint, it is observed that there is prima facie contravention of Article 28(3) of the Indian Constitution, and provisions of the Juvenile Justice (Care and Protection of Children) Act, 2015. Therefore, the Commission requests your good offices to initiate an inquiry and take necessary action for the care and protection of these children”, says the letter addressed to Deputy Commissioner Aswathi S. The commission has also asked for an action taken report to be submitted along with the relevant documents within 7 days.