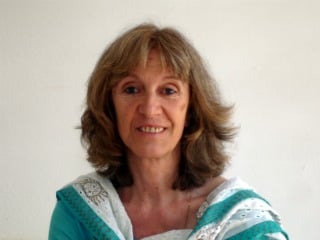 Something incredible happens since quite some time: Tigers claim with a lot of media and ‘academic’ support that deer are eating up tigers. And the deer only say, “No, it’s not true” but do not give proof that they are vegetarians while tigers killed and ate already millions of deer.

The attacks on Hindus are unrelenting. Now even a British MP tweeted about a “Hindu terrorist” when there cannot be terrorism in the name of Hindu Dharma, because it is never dharmic to kill or injure at random innocent people.

The narrative goes like this: only certain deer are dangerous (Hindutva), others are not (Hinduism). Those deer who accept and respect that tigers will eat them are okay, but those deer who raise alarm and object to being eaten up, are dangerous terrorists.

Is it not time for Hindus to put facts on the table in international forums regarding the doctrine of religions?

Show to the world the teeth of a tiger and the teeth of a deer. In other words, point to the objectionable, divisive aspect of the predator religions, and then show them Hindu Dharma which is based on the most profound, benign, and all-inclusive philosophy.

The claim “the Almighty has sanctioned only our religion as true and those who don’t accept this, are sinful creatures who will be thrown into hell” is the root cause for the hate crimes against Hindus not only in Pakistan and Bangladesh but also in Bharat and even in the US.

Muslims and Christians keep frequently petitioning the United Nations and are heard.

Yet inexplicably, Hindus, who are the majority in Bharat, have so far not internationally exposed the intrinsic hatred for them contained in the official doctrines of those two religions and suffer silently the great injustice, daily humiliation, and violence meted out to them.

To condemn killings and rapes which happen so frequently is not enough.

The root cause needs to be eradicated.

I drafted this petition which is open to being improved.

Would any Hindu representative or group take it forward?

Draft for a Petition to the United Nations (or International Court of Justice?)

This is an appeal to the United Nations to declare the abuse of Hindus by Christianity and Islam as “idol-worshippers”, “Heathens” and “Kafirs”, who are damned for all eternity to hell, as an unacceptable violation of human dignity and equality.

Each of the two religions claims that the ‘true’ Creator of the universe, whom Christians call God, and Muslims call Allah, wants all to follow only what He revealed through Jesus Christ, respectively to Prophet Mohammed and that He will discard all those, who do not heed his command and who worship ‘false Gods”, into hell.

This is the root cause why in the name of Christianity and Islam, millions were killed, forcefully converted and temples destroyed.

India is the last vibrant ancient culture, which is still alive, though greatly diminished. It has contributed the maximum to human civilization in all fields, which is well documented, yet mostly hidden from the public.

The insight that One Consciousness (Brahman) is pervading everything in this universe was also discovered in India. Without any understanding of Indian philosophy, Christian and Muslim clergy falsely demean Hindu Gods as demons and Hindus as idol worshippers, what they declare as a grave sin.

Christianity and Islam consider it their ‘divine duty’ to make Hindu culture also extinct, and both work towards it using threat, deceit, allurement, and violence. For example, in 1990, Hindus in the Kashmir valley were threatened by Muslims to convert, leave, or get killed. Many were killed and 400.000 fled.

Christianity may not kill any longer, but it does its best to uproot cultural identities and to divide society.  The Joshua project for example is a systematic and aggressive agenda to map Hindus all over India and convert them in big numbers.

The unrelenting vilification of Hindutva (Hindu-ness) as promoting terror against Muslims and Christians, supported by the leftist media, puts Hindus in great danger. Hate speech precedes hate crimes and can lead to genocide. It needs to be stopped urgently.

Every human being is free to worship the Supreme in whatever way he/ she wants and by whatever name he/she wants to call it. This is guaranteed in the right to religious freedom. But there is a condition: the religious belief must be worthy of respect in a democratic society and must not infringe on the rights and freedoms of other people.

The irresponsible, baseless claim that God/ Allah hates the “idol-worshipping Hindus”, is definitely not worthy of respect, endangers public safety, and breeds hatred for Hindus.

We request all right thinking people to support this appeal to outlaw this hate promoting aspect of the doctrines of Christianity and Islam.

Especially the indoctrination of Christian and Muslim children to look down and even hate Hindus for allegedly “worshipping false gods”, must stop in the interest of humanity.