SATO Toilets, part of Lixil group of companies, manufactures products related to sanitation and hygeine. As part of their campaign to promote their products, they had used picture of Durga Devi with soap, sanitizer and other products in her hands. SATO had tweeted these pictures on their Twitter account.

Hindu Janajagruti Samiti had also protested against the same and had also appealed devout Hindus to protest against it. 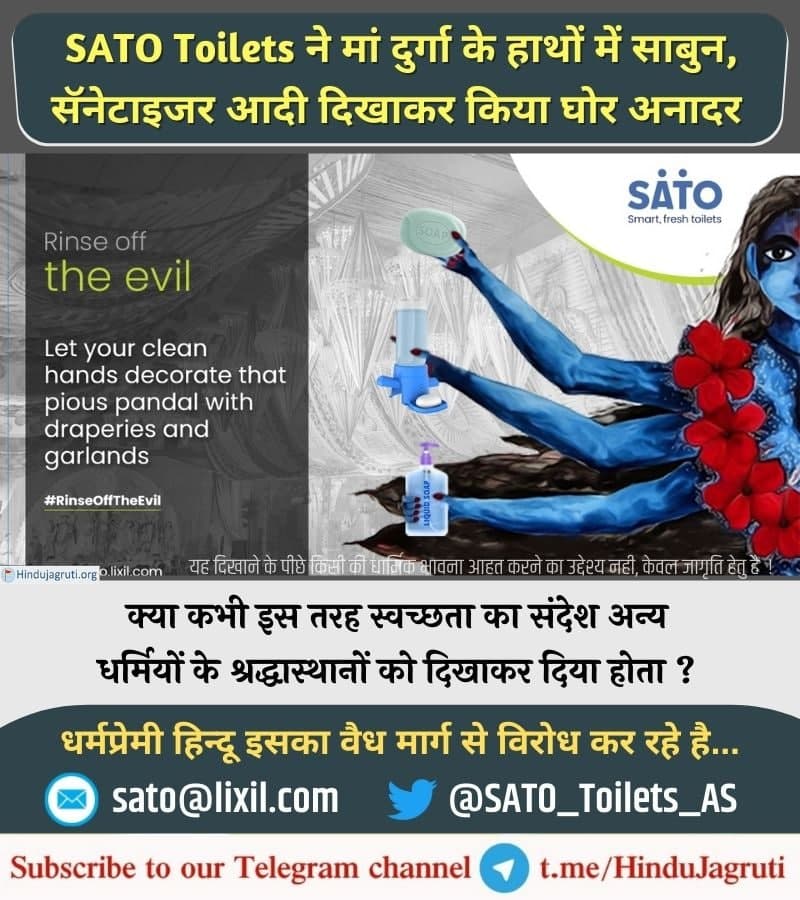