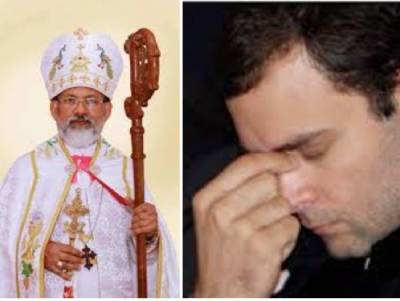 In an editorial in Deepika, the official mouth-piece of the church, Mar Joseph Perumthottam stated that Congress should not field candidates from outside the community. The editorial piece recalls that in 1951, Jawaharlal Nehru had issued a similar directive to PCC presidents.

Saying so, the Archbishop wrote that the candidates should only be those who have won the trust of the minorities in the area from where they are being fielded. It said that outsiders, who do not belong to the community either by faith or birth, should not be touted as candidates in the minority Christian constituencies.

However, going by the declining performance of UDF including its two main elements, the Congress and Muslim League over the last three decades, Congress would be leaving no stone unturned to reverse its losing streak and making a political U-turn. In such a scenario, it would be interesting to watch whether Congress will be giving in to the Syro-Malabar church’s demands.