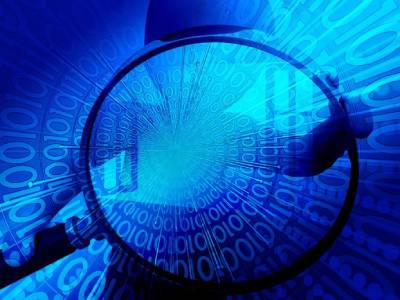 Collecting information on important personnel available in the public domain is not new for the data agencies, even if they deny it. As it is publically available information, no eyebrows are generally raised on them. However, if some agency is found to have data possibly collected via the dark web or hacking, it raises concerns. This is what has been happening in the case of Chinese firm Zhenhua.

According to a recently released paper [PDF] by Christopher Balding and Robert Petter et al, China is collecting a vast amount of data available in the public domain. The data collected is possibly being used to support influence and intelligence operations through private enterprises.

Very proud to have worked with a global coalition of journalists and @rpotter_9 to bring a database managed by a Chinese intelligence and military contractor to the light of day. This database compiled information on 2.4 million individuals and 650k institutions 1/n https://t.co/A3DTb24lOo

China has acknowledged that it collects all the possible information on its residents. It gathers a large amount of data domestically, and it often uses the collected information to enhance surveillance technology. However, its attempts to collect the information on foreign nationals are raising eyebrows worldwide. In the report, Balding mentioned that the data of 2.4 million individuals they have scanned is small evidence on how China is monitoring foreign nationals and institutions.

A Chinese firm called China Revival created a database called Overseas Key Information Data Base (OKIDB) that contains 2.4 million individuals, 650,000 institutes, 2.3 billion news articles, and 2.1 billion social media posts. Now, most of the information in this database is available in the public domain. It would not have raised concerns if the data had not contained information that can only be obtained either using the dark web or hacking. According to the researchers, 10 to 20 per cent of the data available in the database is not available in the public domain.

The report suggests that the substantial amount of data stored in the database comes from Dow Jones owned database Factiva. However, researchers were not sure if the firm collected the information via authorized channels or not. The database revolves around the information related to the key individuals to build a deeper information tree about their contacts, familial contacts, address, phone numbers, mail Ids, positions they have held or hold currently, and more. It did not stop here, though.

The system created by China Revival further scrolled social media platforms including Facebook, Twitter, LinkedIn, and others to find more information about the individuals or institutions. They collected information on blog posts, social media posts, photographs, likes, retweets, shares, etc. Such a variety of information can help state agencies to target individuals on a personal level. According to a report in News.com Australia, there is a possibility that they have also collected information on bank records, job applications, psychological profiles, and public sector employee records.

The database has information about several think tanks and universities. There is some unknown pattern of scoring the individuals associated with these institutes. Though researchers were unable to reverse engineer the technology the firm used to score the individuals, it was clear that those who are marked “important” hold strong posts in the listed institutes.

The database has the capability of forming connections between the individuals based on their family tree and workplaces. The complex system can map relationships and networks between individuals and businesses, which can be further explored to specifically target them for the state’s gains. According to the report, the database contains public and private information of people from a vast arena. “From politicians and their families to professors and think tanks to scientists and tech leaders to organized crime figures, all are individuals and institutions Chinese security, intelligence, and influence operations are known to be interested in targeting,” it said.

How can the data be used?

According to the researchers, how the Chinese state is using OKIDB is easy to determine by studying the firm itself. Shenzhen Zhenhua claims on its website that it has clients from military, intelligence, security, and Chinese state institutions. By conducting background research on key individuals and their linked entities, researchers found out that the database is being used for various purposes, including but not limited to tracking influencers. It helps the state agencies to determine how news move around specific geographical locations such as India.

China has been using multiple channels to interact with people on social media and attempting to influence debate and narrative about itself. Using the information on individuals and analytic tools, China can create an information cloud where it can largely impact influencers and make them talk in favor of China. Though there was no direct evidence that China is indeed directly using this database, the OKIDB is designed for the specific purpose to “craft information warfare campaigns.”

What is hybrid warfare?

Erik Reichborn-Kjennerud and Dr Patrick Cullen, Norwegian Institute of International Affairs, in a 2016 paper [PDF] said the term Hybrid War or Warfare (HW) rose to prominence in defence and policy circles as well as in the media after the Russian annexation of Crimea in 2014. Dr Patrick Cullen, in a project report in 2017 [PDF] said that our understanding of the Hybrid Warfare is underdeveloped. He further added, “Hybrid warfare is designed to exploit national vulnerabilities across the political, military, economic, social, informational and infrastructure (PMESII) spectrum.”

Hybrid Warfare is different from conventional warfare as it is not based on the military capabilities of the two nations. In such warfare, a nation uses several components to influence the on-ground narrative to create domestic unrest in the countries that are not in good terms with it.

The history of Hybrid Warfare is not new, though. Its first known conceptualization was done in 1999 by Unrestricted Warfare, a publication by China’s People’s Liberation Army, as reported by Indian Express. It talked about warfare in which the attention is diverted from military actions to political, economic, and technological aspects. China has been attacking nations in every possible sector using these notions. By expanding its borders using muscle power to overtaking developing countries’ assets by drowning them in loans, China is indulging in Hybrid Warfare at an unmatchable level.

What are the experts saying about the database?

Co-author of the report, Canberra-based expert Robert Potter, said that it is not clear why Zhenhua needs processing centers in so many countries. ? “If you don’t want attention from the platforms you are mass scraping, you simply use proxies,” he added. According to Potter, the only plausible purpose is to build capacity for following up on the actionable data. He said, “The threat of surveillance and monitoring of foreign individuals by an authoritarian China is very real.”

Very proud to have worked with a global coalition of journalists and @BaldingsWorld to release this data. So much more to follow as the story is unpacked and discussed. https://t.co/mXqH8zk6qg

Dr Samantha Hoffman, an analyst at the Australian Strategic Policy Institute, said that the database shows how powerful the open-source intelligence collection is. Australian Financial Review quoted her, saying, “This Company is involved in data collection to support China’s party state and undermine Australian security.”

Professor Christopher Balding, an associate fellow at the Henry Jackson Society and co-author of the report, said the database is just the tip of the iceberg. It shows how China is systematically scrutinizing millions in the West as potential intelligence targets.  “UK data suppliers also need to be much more careful in their business dealings with Chinese-linked firms – it is clear China’s Big Data dystopia is using Western data to effect its agenda,” he added.

Dangers associated with such data collection

Every second country is indulging in Hybrid Warfare at some level, but China is way far ahead in terms of data collection and surveillance on influential individuals globally. According to Indian Express, the said database has details of several key individuals including President Ram Nath Kovind, Prime Minister Narendra Modi, Sonia Gandhi, Mamata Banerjee Ashok Gehlot, Amarinder Singh Uddhav Thackeray, Naveen Patnaik, Shivraj Singh Chouhan Nirmala Sitharaman, Smriti Irani, Piyush Goyal, Chief Justice of India Sharad Bobde and brother judge AM Khanwilkar and Chief of Defence Staff Bipin Singh Rawat to at least 15 15 former Chiefs of the Army, Navy and Air Force are in the list along with their family members and close acquaintances.

It is not limited to individuals of important stature but also bureaucrats in key positions, scientists, academicians, journalists, actors, media persons, religious figures, activists, and NGOs. Even hundreds of accused of terrorism, smuggling, financial crimes and corruption are included in the list. One can imagine the amount of data this firm has collected and the extent they can use this data to influence the narrative across India. The database has information about important figures of other countries, including Australia, the UK, the USA, Japan, Saudi Arabia, and many others.

It is not just the information the firm has collected that is problematic. China has a history of poking its nose in the internal affairs of nations worldwide. The current situation on LAC in Ladakh has created much unrest in the country. India has banned hundreds of Chinese apps in the last few months to reduce the possibilities of personal information theft by China-backed apps. The capabilities of the China Revival’s system to connect individuals on important posts increase China’s influence on narrative running on Social Media, Mainstream Media, and on-ground in India.

Who shared and who worked on the data

An anti-China activist allegedly stole the full content of the Zhenhua servers in early 2020. It was shared with the Five Eyes intelligence network of the UK, the United States, Canada, Australia, and New Zealand. A detailed report on the database was written by Christopher Balding and Robert Potter et al. News agencies The Indian Express, The Australian Financial Review, Italy’s Il Foglio, and The Daily Telegraph, London, have worked on the data provided to understand its reach and how it can affect the countries on the ground level globally.