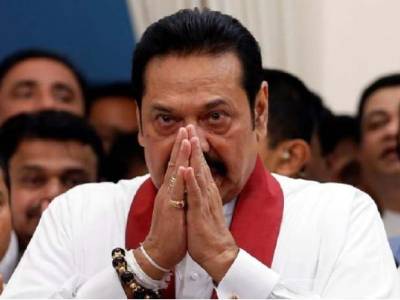 The Parliamentary Group of the ruling party in Sri Lanka has approved a proposal banning cow slaughter in the country. The proposal was put forward by Sri Lankan Prime Minister Mahinda Rajapaksa. In the meeting of the Parliamentary Group of the Sri Lanka Podujana Peramuna (SLPP), the ruling front, PM Rajapaksa had expressed the hope of banning cow slaughter.

Reportedly, his proposal was lauded by all the SLPP MPs. The meeting of the Parliamentary Group took place at 11 am at the Parliamentary premises today. Talking about the proposal, the Sri Lankan PM said that the proposal was quite old and existed since the time of Anagarika Dharmpala, a Buddhist revivalist and nationalist leader. “This is a proposal that exists since the time of nationalist leader Anagarika Dharmpala. No government was able to legislate against it,” Rajapaksa said.

The decision was taken by him in his capacity as the Minister of Buddha Sasana, Religious and Cultural Affairs. PM Rajapaksa had informed the Parliamentary Group about passing a legislation against cow slaughter yesterday. However, he had clarified that there would be no ban on the import of the beef considering the interests of the meat-eating people in the country.