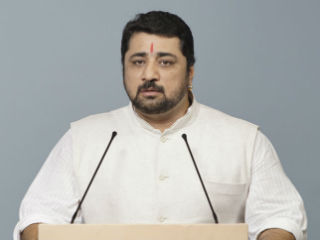 Name of the district – Although the abrogation of Article 370 was a consolation for Hindus across the country, post that, Jihadi terrorists have carried out 22 terrorist activities killing Hindus. Instances bearing an eerie similarity to the genocide of Kashmiri Hindus in 1990 are still taking place. In such a situation, how is the rehabilitation of Hindus possible ? To put an end to this, the Centre should create a law to, firstly, recognize the genocide of Hindus in Kashmir. We have proposed the “Panun Kashmir Genocide and Atrocities Bill 2020” as a solution to the matter, and presented it to the Prime Minister and all Members of Parliament to have the Bill passed. All devout Hindu organisations and Hindus across the world should unite to support this Bill, Shri. Rahul Kaul, National Convenor, ‘Youth for Panun Kashmir’ has appealed. He was speaking on the subject of, ‘The present state of Kashmir post abrogation of Article 370’ at the Ninth All India Hindu Rashtra Convention organised by Hindu Janajagruti Samiti, held online. The Convention was viewed live by an audience of over 39 thousand whereas the subject reached over 1.5 lakhs via Samiti’s official YouTube channel and Facebook page.

While speaking at the occasion, H. H. Dr Gunaprakash Chaitanya ji Maharaj of ‘All India Dharmasangh’ and ‘Swami Karpatri Foundation’, said, “The slavish imitation of Western culture is pushing us towards suffering; it is a major obstacle in the path of God-realisation. Therefore, there is a dire need for the propagation of Sanatan Shastra. He appealed, all the saints should come together for the protection of our culture, the cow and the Varna system.” 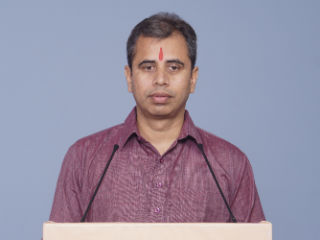 Shri Neeraj Atri, President of National Centre for Historical Research and Comparative Studies, said, “Despite Hindus being on the side of truth, Hindus are lagging behind because of their complacent nature and Tamsik demeanour; whereas Christians, other minorities and Communists are loudly propagating their flawed and false propaganda. Time has come to strongly propagate the truth !”

Participation of dignitaries in a webinar on ‘Rising cases of religious conversion in East and North-East India, and its solution’ !

While speaking at the webinar, Dr. Neel Madhav, Founder President of ‘Tarun Hindu’ from Jharkhand said, “Centre should seize the foreign funds being sent to India for conversion activities in the country and implement a nationwide ban on religious conversion.” Pujya Swami Chittaranjan Maharaj of Shanti Kali Ashram in Tripura said that he is working towards putting a stop to religious conversion, by creating more and more educational institutes. Dr. Kaushikchandra Mallik of Shastra Dharma Prachar Sabha (Bengal) stressed on the importance of putting a stop to religious conversions and illegal immigration in addition to implementing the Citizenship Amendment Act (CAA) and imparting religious education. While speaking at the occasion, Smt. Easter Kharbamon, a social worker from Meghalaya presented shocking facts by stating that Hindus are denied education, medical facilities, government jobs; they face difficulties in finding accommodation, marriage, international travel, etc, whereas these services and facilities are heaped on Muslims and Christians. This is why Hindus are converting to other religions.