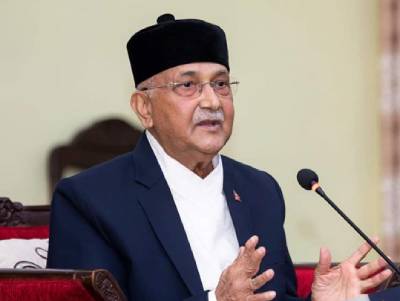 “Although the real Ayodhya lies at Thori in the west of Birgunj, India have claimed the Indian site as the birthplace of Lord Ram,” PM KP Sharma Oli had said.

Alleged wrong interpretations of the statement

The ministry said that the statement made by PM Oli during the 207th birth anniversary celebration of Adikavi Bhanu Bhakta Acharya had been misinterpreted. PM’s speech had no political link and he had no intentions to hurt anyone’s sentiments or feelings.

“The Prime Minister was simply highlighting the importance of further studies and research of the vast cultural geography the Ramayana represents to obtain facts about Shri Ram, Ramayana and the various places linked to this rich civilization,” the ministry added. They said that there are several myths and references about Shri Ram and places associated with him.

The PM did not mean to debase the significance and cultural values of Ayodhya. The festival “Bibaha Panchami” is celebrated in Nepal and India in which a marriage possession comes from Ayodhya, India, to Janakpur, Nepal, every year. In May 2018, the Prime Ministers of Nepal and India launched the Ramayana Circuit. Janakpur-Ayodhya bus service is an integral part of the initiative, the statement added.

In the past few months, several steps taken by Nepal have damaged the relationship between the two nations. The new map approved by the Nepalese Parliament in which it included parts of India drew sharp objections from Indian side. There have been reports that Nepalese Radio stations have been playing anti-India songs across India-Nepal border. Nepal also removed a Nepalese lawmaker Sarita Giri from the House of Representatives for taking a pro-Indi

Nepal Prime Minister KP Sharma Oli has been unwell lately. Recently, when news of his impending resignation was rife, he was admitted to a hospital for treatment. He escalated diplomatic tensions with India by updating the map of Nepal claiming Indian territories for the country. Now, after allegations of encroachment of land, KP Sharma Oli has taken to claiming that India has engaged in ‘cultural encroachment’.

During a recent event to commemorate Bhanubhakta’s birth anniversary, the Nepalese Prime Minister claimed that India had created a ‘fake Ayodhya’ in India when, according to him, it is a village in Birgunj in Nepal. “Although the real Ayodhya lies at Thori in the west of Birgunj, India have claimed the Indian site as the birthplace of Lord Ram,” said KP Sharma Oli.

He said, “We also believe that deity Sita got married to Prince Ram of India. Actually, Ayodhya is a village lying west of Birgunj.” “Ayodhya is at Thori, west of Birgunj, Balmiki Ashram is in Nepal and the holy place where King Dasharath had executed the rites to get the son is in Ridi,” he added. The Nepalese Prime Minister stated, “Dasharath’s son Ram was not an Indian and Ayodhya is also in Nepal.” “We did not give Sita, who was born in Janakpur, to an Indian prince but Sita was married to Ram of Ayodhya, not of India,” he said.

Opposition parties in Nepal have slammed KP Sharma Oli for making such ridiculous remarks. Co-chairperson of Rastriya Prajatantra Party Kamal Thapa it does not behove a Prime Minister to make such baseless, unproven claims. “It looks like the PM wants to further spoil Nepal-India relations rather than working to resolve tensions,” Thapa said.

It is pertinent to note that the birthplace of Shri Ram has always been regarded as Ram Janmabhoomi in Ayodhya. His birthplace was the site of a dispute centuries old. Hindus secured the right to build a Temple at the sacred site through a Supreme Court verdict in 2019. The Ram Janmabhoomi Movement, which was launched to reclaim Shri Ram’s birthplace, has altered the course of Indian history for all eternity. KP Sharma Oli did admit while making the ridiculous claim that scholars would not agree with him on this ‘new fact’.