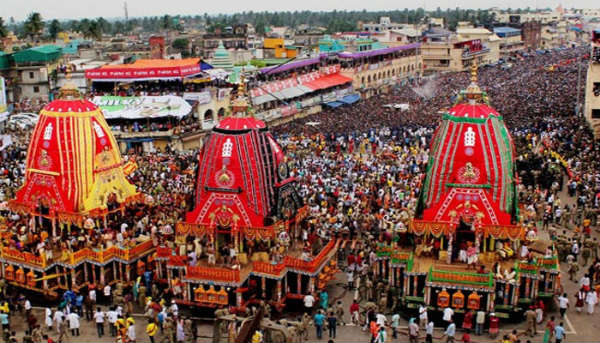 The Puri Jagannath Rathyatra is a world-renowned devotional event that has a history of centuries. Due to the ongoing Covid-19 pandemic, on 18.6.2020, the Supreme Court of India while hearing a Public Interest Litigation filed to oppose the Rathyatra had directed that no Rathyatra will be conducted either at the Jagannath Temple at Puri or anywhere else in the State Of Odisha.

Hindu Janajagruti Samiti had filed an intervention application seeking modification of the order as the Rathyatra could be performed even by following all necessary norms such as social distancing etc. ‘The extreme necessity for a complete ban was unjust and was not evident from the records’, the plea stated. Many other petitions were also filed seeking modification of the order dated 18.6.2020.

While considering the pleas raised in the intervention application as well as the statements from the Central & Odisha Governments, the Supreme Court has allowed Rathyatra of the Shree Jagannath Temple to proceed as planned.

Hindu Janajagruti Samiti has thanked members of Hindu Vidhidnya Parishad as well as senior advocate in the Supreme Court of India, Shri. Subhash Jha for taking up the matter on behalf of millions of devotees.