Pope should tender an apology for atrocities on Hindus – Francois Gautier, A French journalist

The Christian Missionaries committed inhuman atrocities on Hindus in Goa in the name of ‘Inquisition’; however, the Indians are unaware of this genocide. On the contrary, the despots such as Aurangzeb, St. Zaviers are being glorified in India. Those who tell true history are unfortunately derided as fundamentalists in India. The details of atrocities committed on the ancestors of Hindus should come out before the world. Not only this, but Pope must tender apology about these atrocities, demanded the French Journalist and researcher Francois Gautier. He was speaking at the inaugural function of ‘Online’ exhibition of pictures about ‘Goa Inquisition’. 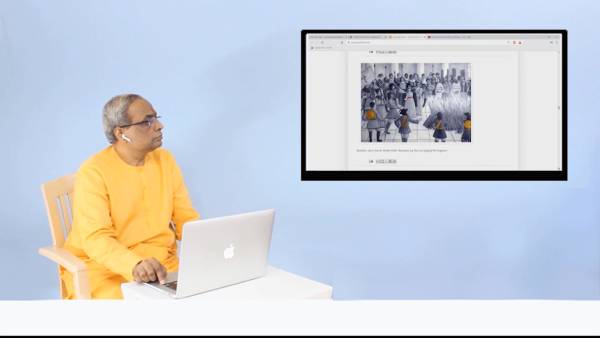 At the start of the programme, the ‘Online’ exhibition of pictures about ‘Goa Inquisition’ was inaugurated at the auspicious hands of the National Guide of Hindu Janajagruti Samiti Sadguru (Dr.) Charudatta Pingale. The exhibition is available on website www.goainquisition.info. The Union Minister of State for Ayush and Defence Shripad Naik sent his best wishes for the programme. Mr. Francois Gautier, famous writer Shefali Vaidya, historian of Goa Prof. Prajal Sakhardande and the National Spokesperson of Hindu Janjagruti Samiti gave guidance. The programme which was transmitted on YouTube, Facebook and Twitter was viewed by 33,800 people and reached 74,000 people. 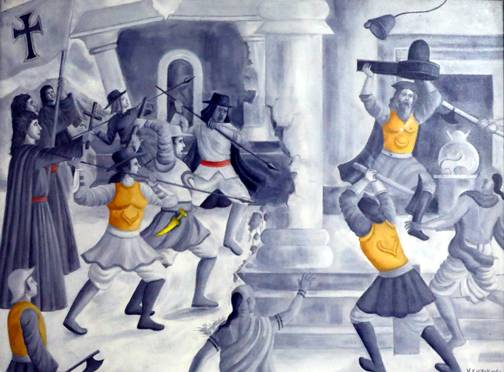 ‘Goa Inquisition’ is a social agony – Shefali Vaidya, a writer

The Portuguese rule was more cruel than that of British. Although the demand to include the history of ‘Goa Inquisition’ in the history textbooks and erect a museum on this theme was made several times, nothing of the sort appears to be happening. We must comprehend our history; otherwise, these people will deny that anything like this had ever happened. ‘Goa Inquisition’ is a social agony, said the writer Shefali Vaidya.

‘Goa Inquisition’ is a black chapter in the history of Hindus – Prof. Prajal Sakhardande

From 1560 to 1812, a lot of atrocities were committed on Hindus in Goa in the name of ‘Inquisition’. Hindus were converted on a large scale. Those who did not follow the law were burnt alive. ‘Goa Inquisition’ is a black chapter in the history of Hindus, said Goan historian Prof. Prajal Sakhardande.

Rare evidence of ‘Goa Inquisition’, the ‘Haat Kaatro’ pillar in Old Goa is facing total neglect. A conspiracy is being hatched to remove the history of this pillar from the archaeological department. The department claims that no such pillar exists in Goa. ‘Haat Kaatro’ pillar should be declared as a national heritage.