Indur (Telangana) : Four activists of Hindu Janajagruti Samiti (HJS) had planned to distribute soft drinks and bananas to police and municipal staff on 21st April during lock down period and they had informed and sought verbal permission from Assistant Police Commissioner over phone for the same. It was a gesture of HJS activists to offer gratitude to police and municipal staff for the service rendered by them to people. After obtaining such permission, the activists distributed cold drinks and fruits to 60 staff members at two places. They then went to a third place where a senior police officer stopped them and confiscated their two-wheelers. All 4 HJS activists were taken to police station. Though the activists kept on telling the police officer that they had taken permission for distribution of the things, he was not ready to listen to them. He filed a case against them and made them sit at the police station till 7 p.m. 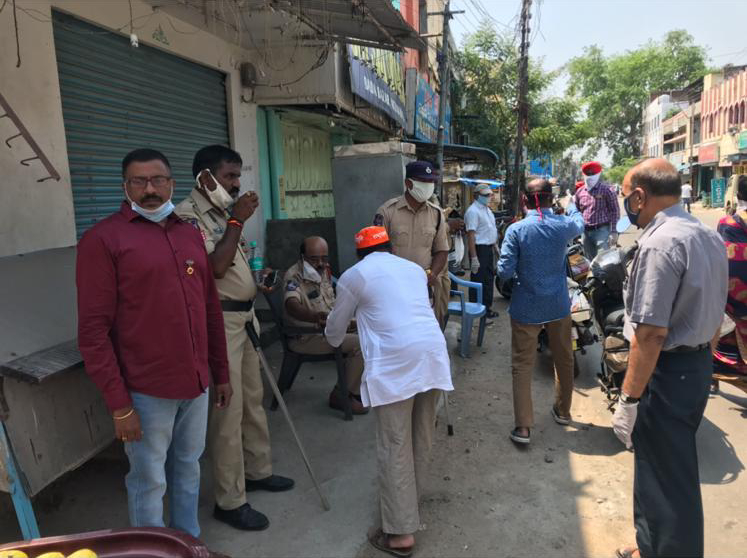 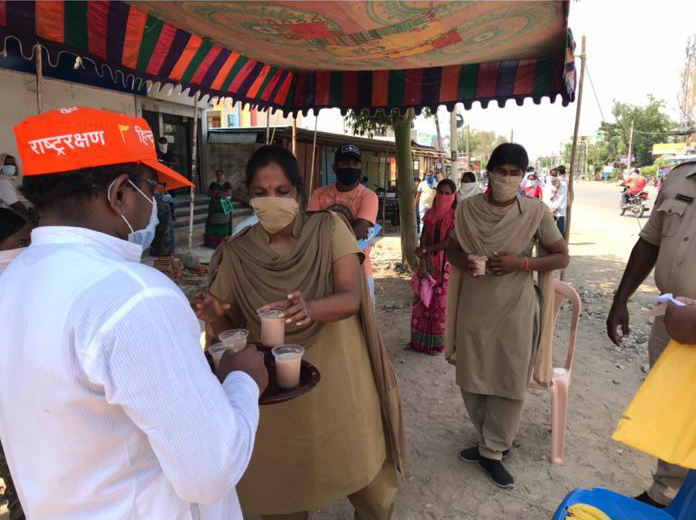 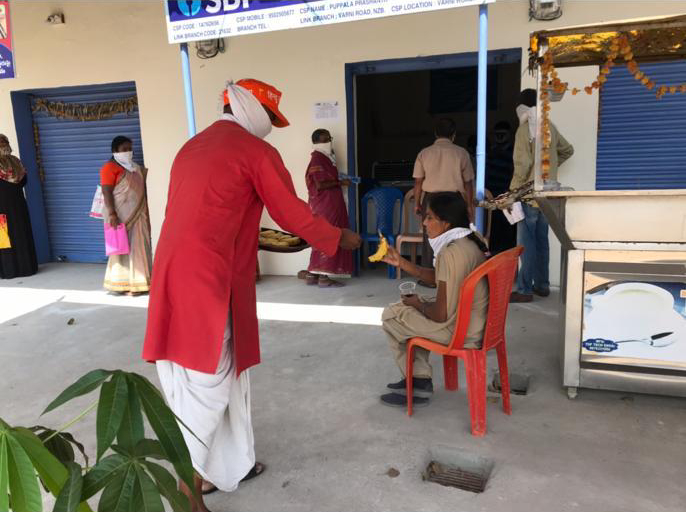 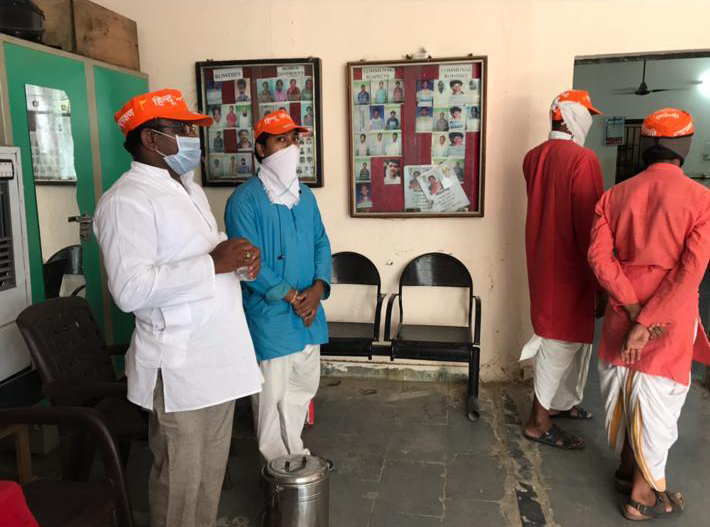 Case filed against HJS activists and made to sit at the police station till 7 p.m.

1. Information gathered from few reporters and police staff members indicates that HJS activists had applied ‘tilak’ on their forehead and were wearing saffron caps; so considering it as a religious matter and the activists were Hindus, action was taken against them.

2. The same police officer had taken action against a fruit vendor for displaying saffron flag on his fruit-stall 4 days earlier.

3. Many social organizations are helping people in this period of lock down; but no action is being taken against them. People feel that whether out of Hindu-hatred, such action was taken against HJS activists ?

#StopAttackingSaffron
It seems like hindus not safe in hindu majority country….
👊we want justice
👊until when hindu being attacked, for insecurities of minorities
👊does secularism applied for only these insecure people and attacking hindus? pic.twitter.com/f1J9c0WqrT

In Telangana many NGO's helping the police by providing them tea, biscuits etc. but when HJS sevaks do the same by distributing fruits, with proper permission, F.I.R is lodged against them. Isn't this #Hinduphobia ???#StopAttackingSaffron @HinduJagrutiOrg pic.twitter.com/qYoh04nExX

In one part of country, #PeaceLovers are attacking Police during #lockdown but in other part #Hindu activists are being arrested for providing food to police during lockdown.@Ramesh_hjs @RashtrvadiHindu pic.twitter.com/WbplvfOB3P

Adv. Sharath Chandra K has written a letter to Telangana DGP regarding this matter : 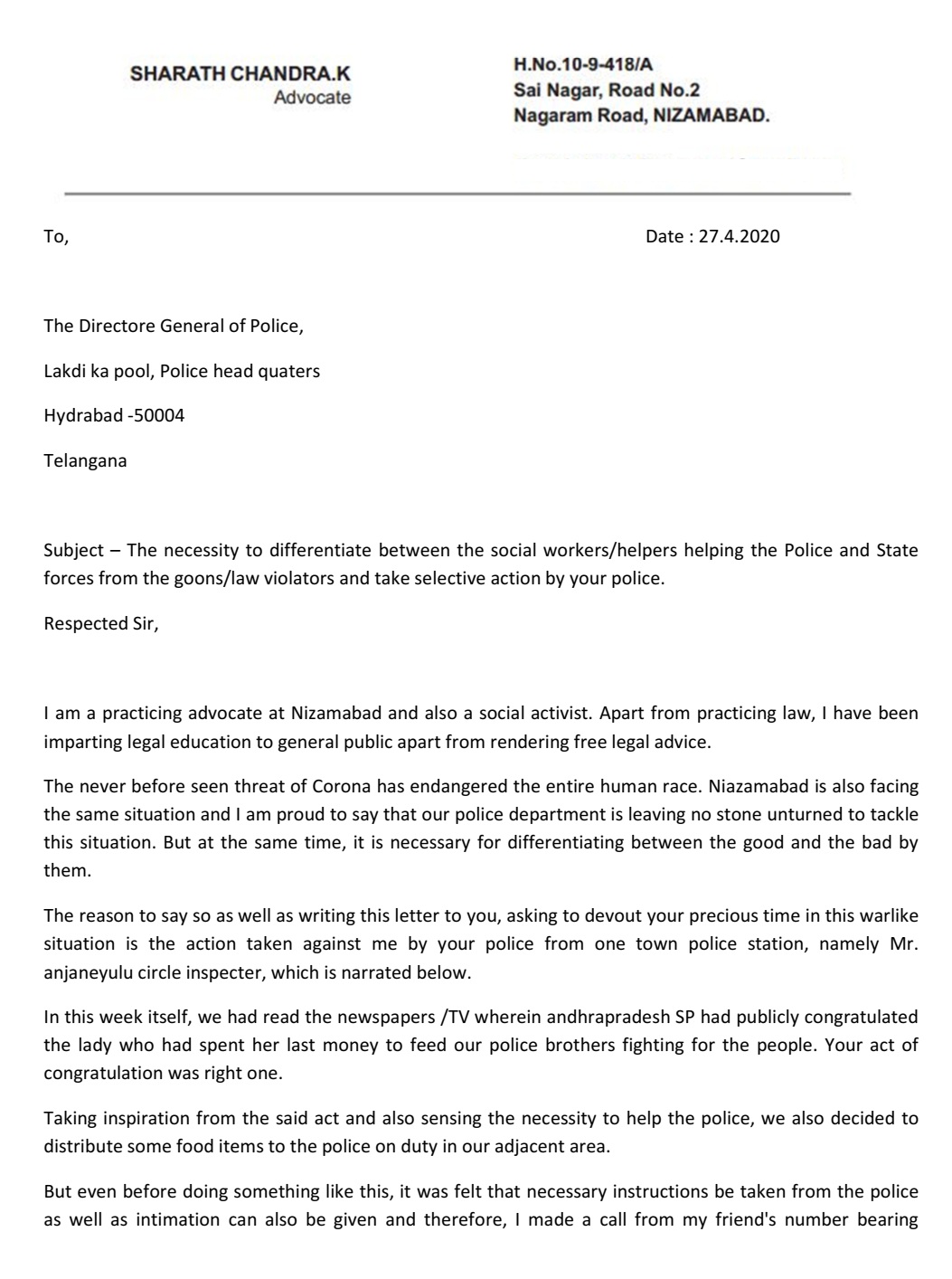 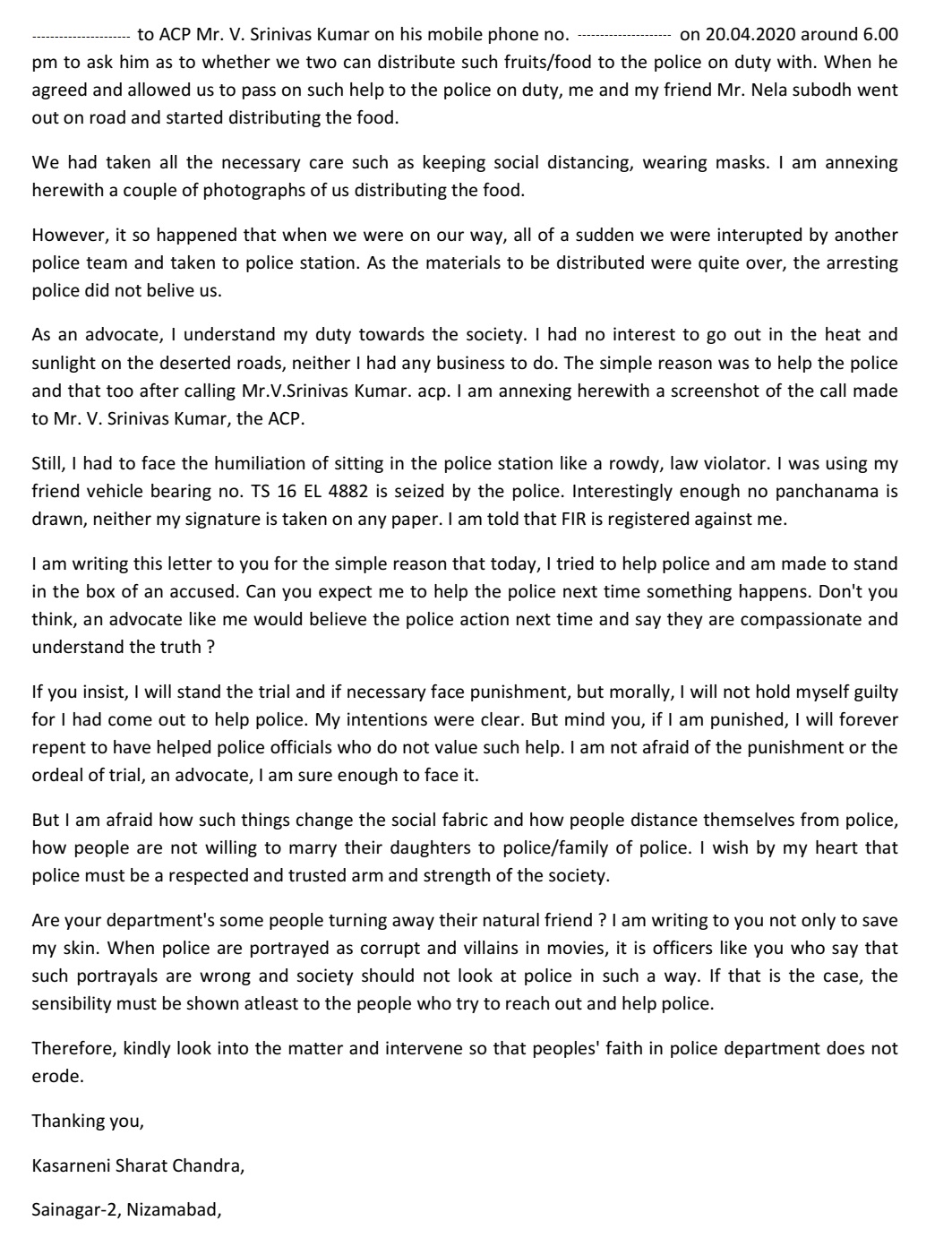