McDonald’s India has recently started a marketing campaign to promote its ‘McSaver Combos’. In one such advertisement posted above, it appears that they have subtly tried to show Pandavas and Draupadi to market their products.

After watching this ad, following points can come up in the mind of a common Hindu :

1. McDonald’s has vehemently tried to ‘protect’ its identity/trademark. As per Wikipedia page, McDonald’s has been involved in a number of lawsuits and other legal cases, most of which involved trademark disputes. The company has threatened many food businesses with legal action unless it drops the Mc or Mac from trading names. These cases have been fought in the continents of Asia, US, Europe, Australia and Africa.

2. For a company that values its own ‘icons’ (The term Mc, The Golden Archers etc) highly, it seems inconceivable that it would be oblivious to the fact that the characters being shown in the said advt look similar to the perception that billions of Hindus across the world harbor about the Pandavas and Draupadi.

3. One can only conclude that McDonald’s is toeing a very fine line while subtly poking fun at Hindu icons, while trying to cocoon itself from the backlash that it is very likely to receive by not clearly using names or references that will identify the Pandavas.

McDonald’s and ‘Freedom of speech’ 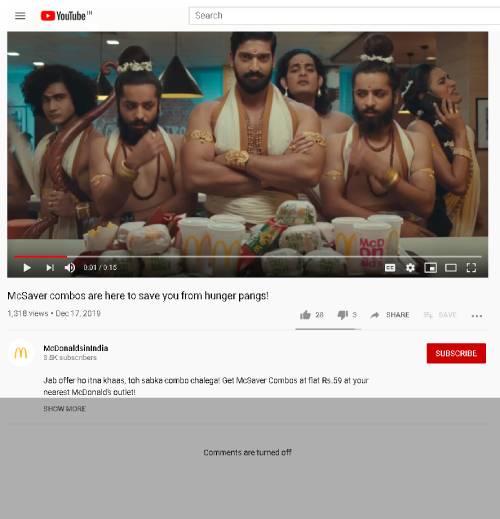 It becomes abundantly obvious that McDonald’s knows what it is doing from the simple fact that they have disabled comments for this particular, while comments are open for every other ads in this theme. 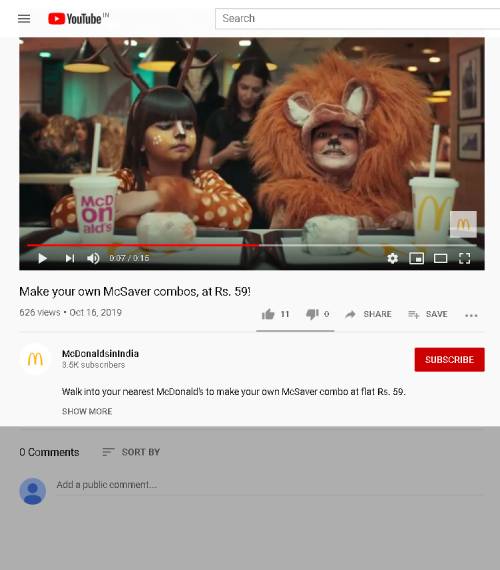 So for the reasons given in this article, many Hindus have started protesting lawfully against McDonald’s India and they want them to apologise and take down this advertisement that McDonald’s is subtly trying to use Pandavas to market its ‘cheap’ products. If this is not done, then Hindus may call for boycott of McDonald’s and its products.