Stand in support of CAA and against the ones who commit violence ! – Hindu Janajagruti Samiti

Appeal to all Devout Hindu organizations and citizens !

For the last week, a large amount of arson and violence has been committed across the country. Jihadi conspiracy is being hatched. What is the reason for this, that Muslims of Pakistan, Bangladesh, Afghanistan and other countries will not get citizenship of India ? But why are the Muslims of India getting angry on this ? The Kashmiri Hindus were deported to India and even after 29 years they have not been able to return to their land. While keeping mum on this issue, and creating arson in India for Muslims (foreign illegal infiltrators) ? There are 56 Islamic countries to give shelter to Muslims all over the world, but there is not a single country of Hindus to give shelter to Hindus (Hindus, Sikhs, Jains, Parsis etc.). Therefore, it is naturally India’s duty to give shelter to Hindus. Therefore, the Government of India has taken a very fair and courageous decision by introducing the Citizenship Amendment Act (CAA). For this, we are in support of the devout Hindu organizations and the civilian government, and stand against the perpetrators of violence. This call was made by the National Spokesperson of Hindu Janajagruti Samiti, Shri. Ramesh Shinde.

Shri. Shinde said that Hindu Janajagruti Samiti is going to agitate in support of CAA all over the country. The Hindu Janajagruti Samiti had been demanding for the exiled Hindus to get citizenship of India. HJS was continuously raising this subject through the All India Hindu Nation Conventions since 2012. Now this demand has been met and the time has come for the infiltrators to be removed from the country.

It needs to be investigated that who is behind the violence that is happening across the country, Shri. Shinde on this occasion, demanded for immediate and strict action against the ones who have thrown stones at the police, damaged and set public property on fire.

At Chiplun, various Hindu organizations, sects and patriotic citizens participated in the agitation. The agitation took place near the ‘City center’ at Bahadur Sheikh Naka in the city. Following the agitation, a representation with the demands was given to the regional authorities. 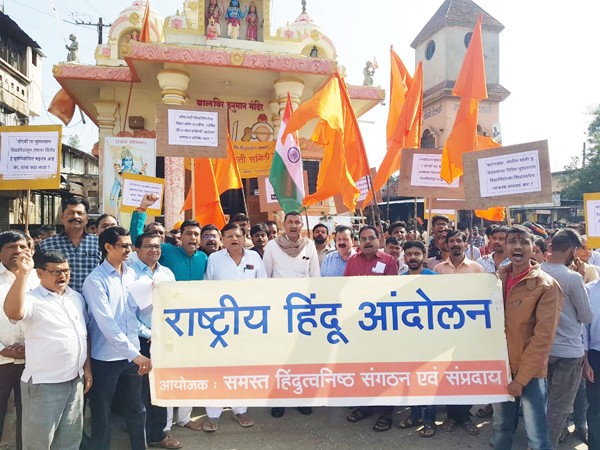 Rashtriya Hindu Andolan was organized on December 29 at Chhatrapati Shivaji Chowk in Chopda with teh demand, ”To find out the true jihadist sources behind the agitation of the students who attacked the police, as well as prevent any students of any university from doing any political, religious or anti-government agitation’. Activists of BJP, Rashtriya Swayamsewak Sangh, Khalsa Group, Hindu Janajagruti Samiti, seekers of Sanatan Sanstha and other Hindus were present in large numbers for the Andolan.

On December 27, thousands of citizens took out a march on behalf of the ‘Rashtriya Suraksha Manch’ and ‘Savidhan Bachao Samiti’ in support of the Citizenship Amendment Act. Hindu Janajagruti Samiti also participated in this march.

After the march Hindu Janajagruti Samiti independently gave a representation to the District collector with the demand to investigate, ‘If Jihadist organizations have any involvement in incidents of violence against the CAA’.

Rally was taken out in support of the CAA in Kopargaon. After the rally, a representation was given to Tehsildar Shri. Yogesh Chandre. Agitation took place on December 7 at Dutt Chowk. A representation with the demands will be submitted to the local District Collector. Received spontaneous response from the students to the signature drive.

Agitation was held at Mapusa in Goa to support implementation of CAA in India. After enacting CAA, anti-national and jihadi elements have wreaked havoc at various places in India. Police and administration should take strong and swift action against all those responsible for the attacks of vehicles, properties and police was also one of the demand made by devout Hindus and HJS volunteers during agitation. 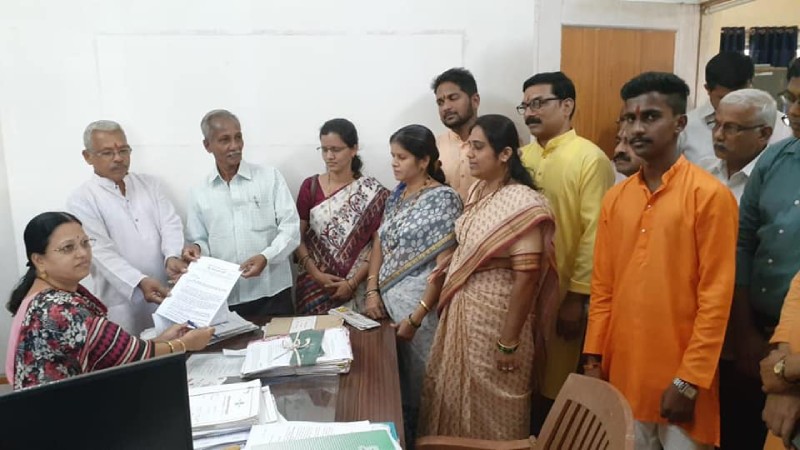 Agitation was held in Kudal to support CAA and NRC was held in the holy presence of Sanatan’s Sadguru (Shri.) Satyavan Kadam. Devout Hindus submitted representation for Union Home Minister to Tehsildar. 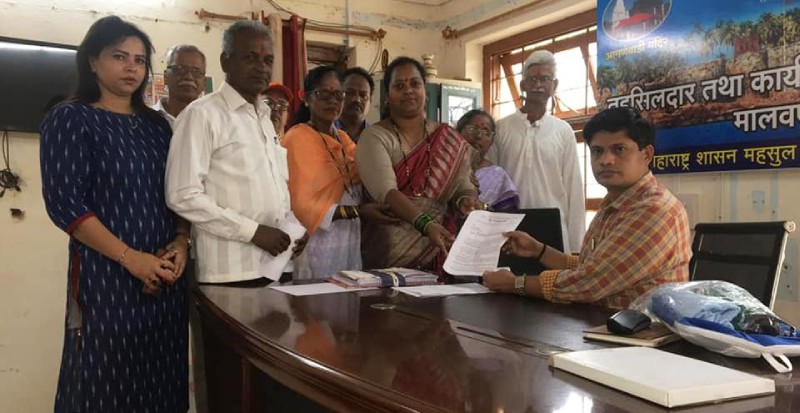 Rashtriya Hindu Andolan was held at Malwan in Sindhudurg district to support CAA and representation of various demands was handed over to Tehsildar and deputy District Collector. Many Hindu activists of HJS, Sanatan Sanstha and other Hindu organisations were present. Andolan was also attended by few corporators and office bearers of BJP.

Kolhapur : Central Govt has enacted Citizenship Amendment Act (CAA). This fanatic jihadi and leftist organisations along with anti-national elements are against this Act. It has resulted into violent protests at many places in India. The perpetrators are damaging public properties and even attacking policemen and security agencies’ personnel. All these happening are highly condemnable. Now police and administration should take strong action against culprits behind these violent protest, as they are threatening peace and integrity of this country, was the demand made by Shri. Manoj Khadye, Coordinator of Hindu Janajagruti Samiti for Western Maharashtra, Gujarat and Konkan.

On 19th December, Hindu Janajagruti Samiti and devout Hindus staged agitations with above demand and also to support CAA.