Here is the copy of the Memorandum sent to the Honourable CM of Odisha on behalf of the Sikh Community for the stopping of the demolition of the Mangu Mutta  and the Panjabi Mutt at Puri.

The Memorandum has been sent by  Advocate Sukhvinder Kaur and Shri. Anil  Dhir. 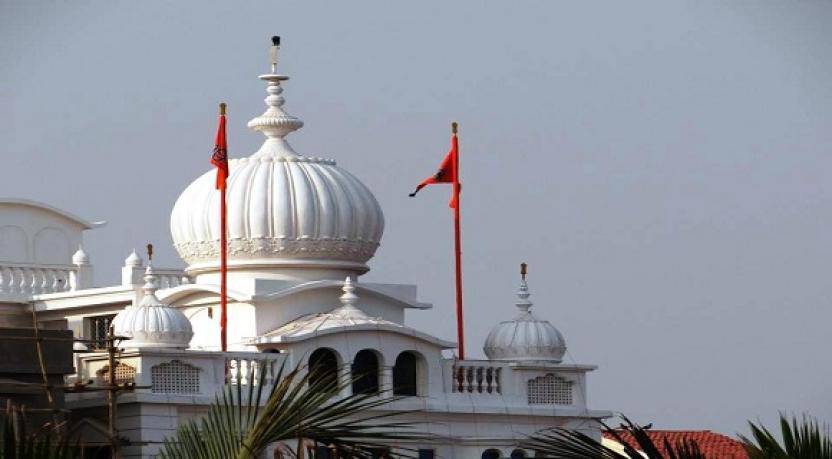 MEMORANDUM  TO  CHIEF   MINSTER  OF  ODISHA

Sub : Demolition of the Mangu Mutt and the Panjabi Mutt  at Puri

We are pained to know that two of the sacred mutts of Puri which have associational significance with the Sikh faith have been slated for demolition in the recent reforms being carried out.

The connection between Sikhism and the Jagannath temple goes back to more than 500 years ago when Guru Nanak Dev Ji visited the holy temple to spread the message of Ek Onkar, meaning “one supreme reality”. It was at the Jagannath temple that the Holy Sikh Arti, which is enshrined in the Sri Guru Granth Sahib, was composed. Since then the association of Sikhs with the Jagannath temple was formed and continues till today. Every year, thousands of devout Sikhs visit Puri to pay obeisance to Lord Jagannath. The holy temple is as sacred to us as any Gurudwara.

The Mangu Mutt was set up by Bhai Almast, the Sikh preacher and head of the Dhuari of the Udasi sect sometime in 1615 C.E.  He had been deputed to the eastern provinces by Baba Gurditta, the eldest son of Guru Hargobind, to preach the message of Guru Nanak Dev Ji in the eastern provinces. The image of Baba Shri Chand, the son of Guru Nanak Dev Ji is kept in the shrine inside the mutt. It is because of Almast’s impressive work that Guru Tegh Bahadur Ji chose to visit the place in 1670 CE.

Another cherished link of the Sikhs with the Puri temple is its connection with Guru Gobind Singh Ji. In 1699, at Anandpur Sahib, while the guru was creating the Khalsa, Himmat Rai, a young lad from Puri who came from a humble background, offered his head to the guru. Even the lyrics of the Poet Laureate of Odisha, Bhagat Jayadeva finds a place of eminence in the Sri Guru Granth Sahib. There are many such legends like these that indicate a strong bond between Puri and the Sikhs.

The Mutt was the abode of the Nanak Panthis, who would travel 2000 miles each year to visit Puri.  The Nanak Panthis were primarily responsible of taking the Jagannath culture to Northern India and spreading the word of the Lord. Even after partition, they still came from Lahore each year during the Rath Yatra. Their presence has been recorded till 1955, after which border restrictions were imposed and they could not travel from Pakistan.

Historic mentions are made in innumerable texts and written records. In 1868 Smith, Sanitary Commissioner of Bengal reported that Punjabis came to Puri walking on foot about 2000 miles for six month long journey. They used to stay at Puri a day or two and walked back home happily. In 1873, J.S. Armstrong, Magistrate to the Commissioner, Orissa Division, wrote about the Mutt and its Sikh occupants. The Gajapati Raja  of Puri had also  granted the right of Chamar Seva or Mayur Pankhi Seva to be rendered by the Mahant of the Math.

Mangu Math also played an important role during the freedom struggle. Many freedom fighters, both from Odisha and upcountry were sheltered here. The Late Gobind Tripathy, freedom fighter from Puri has recollected his stay in the mutt as an inmate and the immense support he and fellow freedom fighters received here in the thirties.

Sir, Historically, Sikhs have always been seen as the protectors of Hindus. Even during victorious conquests, the Sikhs have never defiled not destroyed any place of worship of the enemies. Many of the Sikh Gurus and their families gave up their lives for the protection of the Hindu faith and temples. It is ironic that our holy place will be destroyed in the name of development.

The administration can remove all the commercial establishments and illegal structures, but the Gadi, the Sanctum Sanctorum should be left intact. The relics should be properly preserved. It will hurt the sentiments of the Sikh community worldwide if the Mutts are razed to the ground.

Both these mutts are intricately linked to Jagannath culture. It is the duty of the Government of Odisha to such heritage and religious institutions and safeguards the spiritual and emotional values attached to them.

We are writing this on behalf of the Sikh community of Odisha and our Sikh brethren worldwide.

A religiously superior person, the chief of a monastery

God of the universe,