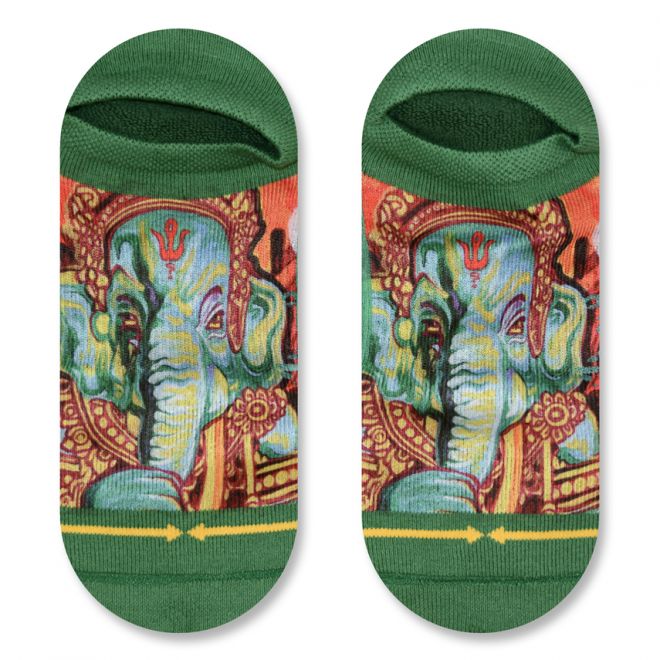 MERGE4 founder-CEO Cindi Busenhart, in an email to distinguished Hindu statesman Rajan Zed, who spearheaded the protest, wrote: “We offer our sincere apologies to the Hindu community. We have removed the Ganesh socks from our website and plan to discontinue the design…it was not our intention to trivialize the Hindu faith in any way”.

Zed, who is President of Universal Society of Hinduism, in a statement in Nevada today, thanked MERGE4 and Busenhart for understanding the concerns of Hindu community which thought image of Shri Ganesh on such a product was highly insensitive.

Rajan Zed suggested that MERGE4 and other companies should send their senior executives for training in religious and cultural sensitivity so that they had an understanding of the feelings of customers and communities when introducing new products or launching advertising campaigns.

Zed had said that Shri Ganesh was highly revered in Hinduism and was meant to be worshipped in temples or home shrines and not to adorn or wrapped around one’s feet/legs. Inappropriate usage of Hindu deities or concepts or symbols for commercial or other agenda was not okay as it hurt the devotees.

Hinduism was the oldest and third largest religion of the world with about 1.1 billion adherents and a rich philosophical thought and it should not be taken frivolously. Symbols of any faith, larger or smaller, should not be mishandled, Rajan Zed had noted.

Zed had stated that such trivialization of Hindu deities was disturbing to the Hindus world over. Hindus were for free artistic expression and speech as much as anybody else if not more. But faith was something sacred and attempts at trivializing it hurt the followers, Zed added.

In Hinduism, Shri Ganesh is worshipped as god of wisdom and remover of obstacles and is invoked before the beginning of any major undertaking. There are about three million Hindus in USA.

Award-winning MERGE4; a certified B Corporation with a tagline MERGE4 “GRIPS YOUR SOLE”; sells socks for men, women, youth. It claims: “Beyond magnificent in appearance, style and comfort, MERGE4 socks are constructed like no other”. It also states: “We’re not going to make any promises here with MERGE4 socks, but we’re pretty sure your feets will thank you”. The two objectionable Ganesh socks, which now seems to have been removed, were priced at $20 and $11.