Kolhapur : The officers and employees of Kolhapur Municipal Corporation took advances from time to time to meet the unforeseen expenses, which are called ‘Tasalmat’. It is legally binding to give details of how these advances are spent along with proofs such as submissions of bills and deposit the balance amount. Despite the provision in rules that fresh advances cannot be given unless earlier ‘Tasalmat’ are closed, the account of earlier advances were not submitted for years together nor is the balance amount deposited. In this regards, The information which was sought under the RTI Act reveals that the outstanding amount of balances as on 31.03.2018 is Rs. 7,01,54,844. These include the pending balances from 1951. To recover this amount, the Departmental Heads were reminded as a follow-up action in 2015; however, no action was taken after that. In fact, such balances are supposed to be recovered along with interest from the salaries of the concerned, and moreover, actions need to be taken against defaulters. However, nothing of the sort has happened and this topic was kept purposefully pending. That is why we are bringing this subject before the people. In this matter, the Commissioner of the Municipal Corporation should clarify before the public or we will initiate criminal action. If the need arises, we will hold agitations, warned Adv. Virendra Ichalkaranjikar, National President of Hindu Vidhidnya Parishad in a press conference. In the press conference held at Kolhapur Press Club, Adv. Samir Patwardhan of Hindu Vidhidnya Parishad, Mr. Kiran Duse of Hindu Janajagruti Samiti and Mr. Babasaheb Bhopale were also present. 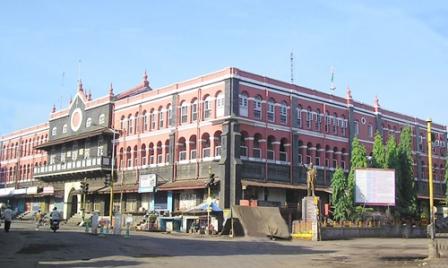 The recovery of the advances paid to individuals, normally up to 2014 is also made in a very small proportion. Although the recovery improved to some extent after 2016, no action has been taken for recovering amount prior to this period. Till 2007, the Municipal Corporation used to maintain an account of advances in the name of Departments. Till such time, the recovery or the submission of proofs for expenses was pending for the amount of Rs. 3,37,00,000, After 2007, the work of maintaining the accounts of advances in the name of the concerned individuals was started. Many scams were observed in this, stated Adv. Samir Patwardhan.

This goes to show that the extent of corruption that has seeped in every field of the country in the last 70 years. Corrupt leaders, corrupt officers and employees misuse the money earned by the common people by putting in a lot of labour. We will follow up this matter with tenacity. We have started this fight against corruption and will continue to do so, stated Adv. Virendra Ichalkaranjikar on the occasion. If you have come across any such matters of corruption or possess information on them, please contact Adv. Nilesh Sangolkar of Hindu Vidhidnya Parishad (No. 9595984844) along with the documents, appealed Adv. Virendra Ichalkaranjikar.