Advocates should practise law as part of their spiritual practice by keeping the goal of God realization ! – Advocate Veerendra Ichalkaranjikar, President, HVP

Ramnathi, Goa : Our efforts as advocates should be not only filing cases against anti-Hindu Dharma issues but also to promote ‘Hindutva’ related activities. An anti-Hindu wave has been presently generated which needs to be changed into pro-Hindu wave. We have to work for the same. We need to experience need of spiritual practice to shake off mental lethargy while working for this mission. Advocates should therefore, practise law as part of their spiritual practice; keeping goal as God realization, advised advocate Veerendra Ichalkaranjikar, national President of Hindu Vidhidnya Parishada (HVP).

The fifth national advocates’ workshop was started on 23rd December at Sanatan’s ashram in Ramnathi, Goa which has been organized by HVP. It was started with blowing of conch; followed with recitation of ‘Veda-mantras’. Advocate Vishnu Shankar Jain, practising with Supreme Court; advocate Amrutesh N. P., national Vice President of HVP; advocate Veerendra Ichalkaranjikar and advocate Nilesh Sangolkar, Convener of HVP lighted the lamp before starting the workshop. Advocate Ichalkaranjikar was explaining the purpose of holding such workshop. More than 40 advocates from Maharashtra, Goa, Karnataka and Telangana have participated in this workshop which is going to be concluded on 25th December.

VCD giving information on the basic concept of establishing Hindu Rashtra and type of governance in Hindu Rashtra was shown on this occasion. 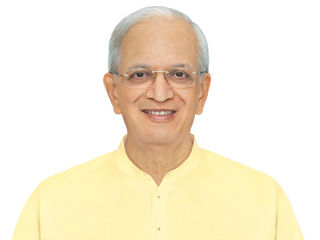 Realize the importance of spiritual practice in the context of establishing Hindu Rashtra !

The virtuous sons of motherland Bharat are gathering for the fifth national advocates’ workshop. It is a happy event for all. Spiritual strength is also essential along with physical and ideological strength for working for the mission of establishing Hindu Rashtra. Spiritual strength can be increased only by undertaking spiritual practice.

1. Join the mission of establishing Hindu Rashtra as part of spiritual practice !

Despite our intense efforts for early rising of Sun when it is dark at night, Sun doesn’t rise early but rises at prescribed time. It is known as ‘Kaal-mahaatmya (importance of time)’. As per the ‘Kaal-mahaatmya’, Hindu Rashtra is going to be established in the year 2023 even if we don’t do anything.

Someone may feel that in that case why we should make efforts. Its reply is ‘It helps in our getting freed of the birth-death cycle by getting our spiritual practice done.’ Shrikrushna lifted the Govardhan Mountain when ‘Gopa-Gopis’ put sticks below the mountain for support. We should remember that our task is just that !

2. God will get the mission of establishing Hindu Rashtra accomplished through us only after we undertake spiritual practice !

‘I am going to do something for establishing Hindu Rashtra’ is a wrong thought; because that is our own wish (swechha) and there is ego in ‘swechha’. Can we do anything for establishing Hindu Rashtra when we cannot change our destiny; nor can we move even a leaf of any tree with our ‘swechha’? That is done only by God. If we undertake spiritual practice while we are working for the mission and develop ‘bhav’ towards God, He guides us at every step and gets the work done from us by providing necessary strength.