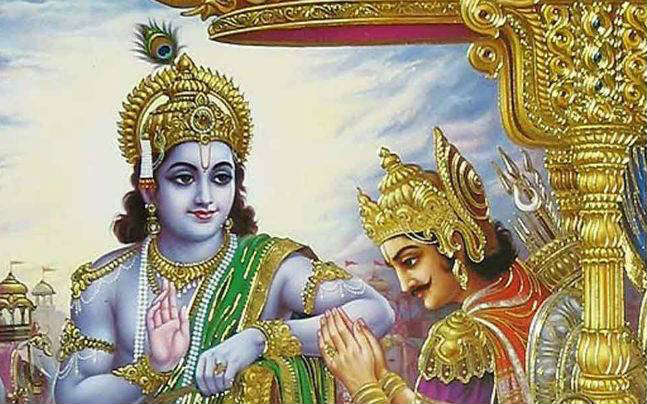 Hyderabad : A team of researchers including doctors from Osmania General Hospital (OGH) has found a ‘spiritual’ way to heal diabetes, and the source? The Gita.

Researchers say that the communication between Arjuna and Lord Krishna as enunciated in Bhagavad Gita could be utilised to cope with illness, especially chronic diseases such as diabetes.They are pointing to the verses (slokas) of Bhagavad Gita, which talk about various situations in life.

“The Gita points out negative situations and goes on to showcase positive coping skills suggested by Lord Krishna and implemented by Arjuna,” the researchers said. Stating that diabetes is a lifestyle disease, which warrants a thorough change in one’s lifestyle, including changes in basic activities such as diet and exercise, the researchers said utilisation of the teachings of Bhagavad Gita could help cope with it.

The study published in the Indian Journal of Endocrinology and Metabolism had doctors and researchers drawn from several hospitals and research institutes within and outside the country. The foreign experts were from Dhaka Medical College Hospital and Mitford Hospital, Dhaka,Bangladesh, and Aga Khan University Hospital, Karachi, Pakistan.

“The Bhagavad Gita is more than a religious or philosophical text: its 700 plus verses offer insight into every aspect of life and are universally relevant,” the researchers said adding that upon diagnosis, a diabetic victim may experience a sense of grief as he often has to part with some of the most beloved things in life. “He has to be motivated to exercise restraint, change lifestyle and comply with medical advice. Self monitoring of blood glucose and insulin administration are not perceived well by most. That is where Gita comes in.”