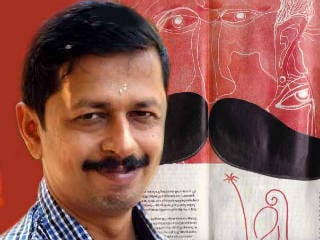 Hearing a petition demanding a ban on certain excerpts in Malayalam novel ‘Meesha’, the Supreme Court on Thursday said the culture of banning books was wrong since it affected the free flow of ideas. The bench of Chief Justice Dipak Misra, Justice AM Khanwilkar and Justice DY Chandrachud reserved its order on the plea filed by Delhi resident N Radhakrishnan, who has sought to omit excerpts from a novel by S Hareesh.

The petitioner has objected to a dialogue between two characters in the novel, which allegedly insults Hindu women. He has also alleged that comments of the author about Brahmins amounted to casteist or racial slur. To this, Justice Chadrachud said such kind of stuff should not be given undue importance in this age of the Internet.

“You are giving undue importance to this kind of stuff. In the age of the Internet, you are making this an issue. It is best forgotten,” said Justice Chandrachud. The Centre and the Kerala government also opposed the petition, saying free speech should not be curtailed. (How text insulting Hindus and Hindu Dharma can be considered as freedom of speech ? – Editor, Hindujagruti)

To this, the petitioners cited the examples of books like “Polyester Prince” and “Satanic Verses” and said they still remain banned. The bench said both were different issues and could not be compared. “We cannot make a virtue of banning those to ban this,” it said. (Why such dual standards ? If ‘Satanic Verses’ can be banned as it insults Prophet Muhammad, then why ‘Meesha’ can’t banned for insulting Hindu Dharma ? – Editor, Hindujagruti)

The Polyester Prince, which is about the birth and growth of the Reliance Industries empire, written by Hamish McDonald was banned in 1998 after the Ambanis claimed it was “slanderous”. Salman Rushdie’s “Satanic Verses” was pulled off the shelves after the Muslim community claimed it had insults against Prophet Muhammad.

Ever since the novel, which was being serialised in ‘Mathrubhumi’ weekly, hit the stands about 10 days ago, Hareesh has been reportedly facing threats on social media allegedly by Hindutva outfits. Following the controversy, the author announced the withdrawal of ‘Meesha’ from ‘Mathrubhumi’ and it was published as a book on Wednesday.

The court asked the newspaper that had carried the controversial passages to reply within five days, giving the theme of the book and the three chapters parts of the book carried by it, IANS reported. Kerala Chief Minister Pinarayi Vijayan has said the state government was with the novelist. (What else can be expected from a politician belonging to Communists ? – Editor, Hindujagruti)