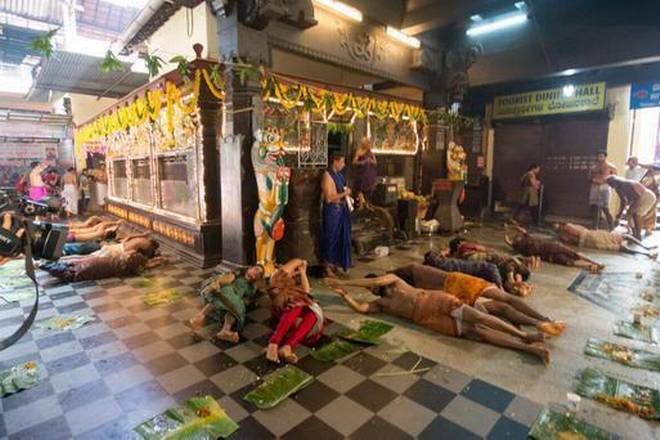 After several rounds of discussions in the State Cabinet and with experts, the ruling Congress has decided to tone down the stringency of anti-superstition bill that envisages banning evil practices in Karnataka.

Several superstitious practices, including made snana, astrology and animal sacrifices would be dropped from the draft Bill, according to Revenue Minister Kagodu Thimmappa.

A Cabinet sub-committee headed by Mr. Thimmappa drafted the Bill and referred to the Law Department for finalising various provisions in it.

Mr. Thimmappa told mediapersons on Tuesday that several stringent provisions of the original Bill has been dropped owing to difficulty in the enforcement. The Bill, titled Karnataka Prevention and Eradication of Human Sacrifices and other Inhuman Evil and Aghori Practices and Black Magic Bill, would be introduced during the next session of the legislature, which is likely to be held in November-December.

The original Bill envisaged banning 23 practices such as human sacrifice, exorcism, black magic, witchcraft, aghori, made snana, rituals with self-inflicting injury, throwing of infants from a height on a bed of thorns, parading women naked, sexual exploitation by invoking supernatural powers, and killing animals by biting their neck.

Several evil practices can be eliminated only by awareness among the people and not by legislation. It is difficult to ban killing of chicken during village festivals, Mr. Thimmappa said.

A couple of years ago, the Bill was drafted on the lines of Maharashtra’s law, Maharashtra Prevention and Eradication of Human Sacrifice and other Inhuman, Evil and Aghori Practices and Black Magic Act, 2013.

After opposition from the BJP and various seers, the State Cabinet on several times deferred the Bill, which is seen as a commitment made by Chief Minister Siddaramaiah to rationalists, writers and activists fighting for banning superstitious practices.