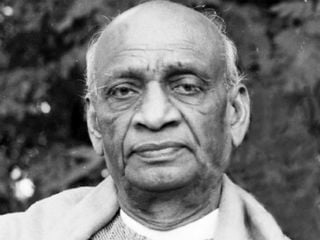 There was once a time, not too long ago in historical terms, that there may not have been India as it exists today but a fractious collection of nearly 600 princely states. If a nation-state called India emerged in 1947 from the staggering ruins of close to 200 years of colonial plunder, to a significant extent the credit settles on one man – Sardar Vallabhbhai Patel.

Described by The New York Times as “leather tough”, Patel, whose 139th birth anniversary is celebrated today, is in the midst of a major national revival. For someone on whom fell the enormous task of nation-building and political regeneration, Patel has for decades remained in the towering shadows of Mohandas Gandhi on the one hand and Jawaharlal Nehru on the other, “the father of the nation” and the first prime minister respectively of India.

In recent years, there has been growing popular awareness and eminently justifiable celebration of the defining role that Patel played in bringing together sometimes vain, sometimes egotistic, sometimes deluded and almost always utterly self-absorbed rulers of 565 princely states to join the Indian union. A country of some 300 million in 1947, impoverished by two centuries of brutal colonial exploitation and torn asunder by religious and cultural bloodletting, it needed the quietly firm and unassailable resolve of Patel to re-emerge. Patel had to use a combination of statecraft, flattery, coercion and whatever else he was required to muster to forge a nation-state out of what by the time the colonial British rule ended in India was, for want of a better word, a bloody mess.

Vallabhbhai Patel was an extraordinary figure sandwiched between Gandhi’s lofty stubbornness and Nehru’s urbane western-influenced liberalism. Although closer in age to Gandhi (he was six years younger than Gandhi), for many history has cast Patel as an implacable adversary of Nehru, who was 14 years his junior. There is really no comparable figure in modern world history to Patel simply because there has not been anyone anywhere who was at the center of uniting an undefined geographical entity claimed in pieces by 565 self-serving princes, satraps and kings whose loyalties swung between their self-aggrandizement and crafty but obliging colonial masters.

Born in a small village of Karamsad in Gujarat, Patel’s early education was split between three nearby towns of Nadiad, Petlad and Borsad. It was his early exposure to an unsettled life to which his tough, no nonsense and in some ways even dour demeanour may be attributed. He rose to study law in London, topping his class at the Middle Temple Inn. On his return to India he chose to practice law in Ahmedabad and became a top barrister.

It was Gandhi’s return from South Africa and his extensive tours throughout India rallying the people around the cause of independence that drew Patel into public life. Eventually, he forsook his Britain-influenced lifestyle, including English clothes, for a wholly Indian outlook as defined by Gandhi. Early on, Gandhi saw in Patel a quietly steely resolve and the eagerness to get down to the task of firing up the grassroots. His rise as one of a handful of luminaries of India’s independence movement was not necessarily meteoric but steady and solid.

It was a measure of Patel’s personality that both Gandhi and Nehru had extremely high praise for him despite the fact that he often diverged from the former’s saintly renunciation and the latter’s aristocratic urgency. Gandhi called him a colleague who was “most trustworthy, staunch and brave”, while Nehru called him “the builder and consolidator of India…a great captain of our forces in the struggle for freedom…a tower of strength that revived wavering hearts”. By all accounts, Patel was an equal member of the Gandhi-Nehru-Patel triumvirate in his lifetime unlike the often unfounded assertions to the contrary by new generations of politically dogmatic Indians.

There have been frequent speculations about how different India might have turned out had Gandhi chosen Patel over Nehru to be India’s first prime minister but many historians have pointed out that being a near contemporary of Gandhi, he never really saw himself in that role. By the time India became independent and a union of states, the latter thanks in very large measure to Patel, he was already 72 years old compared to Nehru’s 58. Patel died Dec 15, 1950, barely a year after it became an independent republic by adopting a constitution Jan 26. Patel was among key players in the Constituent Assembly of India tasked with framing the constitution. If of all the illustrious leaders of the day, there was someone who was a completely hands-on, nuts and bolts figure, it was Patel.

Although Patel was very much in the tradition of pre-independence open-minded consensus man, his views on the formation of Pakistan, the division of Kashmir and generally the question of how to unify the country’s Muslim minority were at serious variance with a disillusioned Gandhi and impatient Nehru. Patel was known have taken a characteristically unemotional view of the country’s partition and, unlike Nehru, who was for a collective national effort to make Muslims want to stay in India, Patel was in favour of leaving it to individual choice.

It was this approach that has in recent years particularly endeared him to India’s political right symbolized by the now ruling Bharatiya Janata Party and its several cultural offshoots. Even before he became prime minister, Narendra Modi, as the chief minister of Gujarat state, had cleared plans to build a 597 feet high statue of Vallabhbhai Patel at the cost of close to $500 million. The construction of the statue is scheduled to begin to coincide with the leader’s birth anniversary today.

Although he was deputy prime minister and home minister, Patel was by a wide consensus the man who was involved in every aspect of nation-building. As someone who chaired committees dealing with the rights of the minorities and tribes, fundamental rights and provincial constitutions, Patel was at the very heart of creating a nation-state that is now the world’s largest democracy. If Nehru was the articulator of a grand vision of India as a new democracy, Patel was the executor of that idea from so many different and often conflicting vantage points.

He was unflinchingly loyal to Gandhi, often at the expense of his own ideas of operative politics. It was that loyalty to Gandhi’s idea of India that Patel, despite his enormous and, in many ways, greater capabilities than Nehru that he chose the role as a behind-the-scenes man. His forging of the Indian union alone guarantees him a permanent position among the country’s pantheon but he also happens to have shaped India’s destiny in so many diverse but quantifiable ways that he remains without peer.