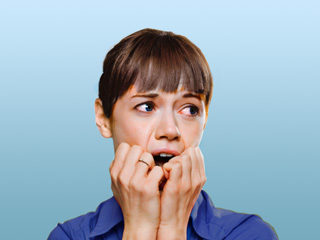 In the view of recent allegations made by Mr. Shyam Manav that ‘human bomb’ can be made by Ericksonian Hypnosis, we are publishing the below article regarding ‘Misconceptions about Hypnotism and Hypnotherapy’.
The below article will make it clear that all the accusations of Shyam Manav are baseless. They have no scientific basis. His claim that ‘human bomb’ can be made by Ericksonian Hypnosis is totally false. Such a thing can never happen. Science and Hypnotherapists have made it clear that Hypnosis does not have this ability. Shyam Manav is trying to defame Sanatan Sanstha by accusing that  Sanatan Sanstha is using Hypnosis to brainwash people and use them as human bombs to kill others. By making this accusation, Shyam Manav is trying to mislead the society.

The word ‘hypnotism’ creates some fear and much curiosity in the minds of most people. There are not as many misconceptions, fears or expectations about any other science as there are about hypnotism. Patients are not afraid of going to a surgeon for surgery but are afraid of going to a hypnotherapist who does not even touch them. Perhaps they are more afraid of exposing their minds than their bodies. Some common fears and misunderstandings about hypnotism are stated below along with the scientific information pertaining to them to dispel the fears and to clarify the misconceptions.

1. Misconceptions about a Hypnotist and a Hypnotherapist

Many people think that a hypnotist will compel them to do immoral or vicious acts such as theft, murder, etc. or may take disadvantage of their hypnotised state and abductor rape them or take their signature on some important document. The above fears, that the hypnotist may exploit a subject, are baseless because a hypnotist cannot make a person do anything against his moral standards.

1 . How does a person guard himself against a harmful suggestion ? Should a hypnotised subject be given such a suggestion which is against his moral standards or desire, he will defend himself by using one of the following two mechanisms thus making sure that neither the ego of the hypnotist nor his own is hurt.

A. The hypnotised subject may get out of the trance complaining of headache, etc.

B . The hypnotised subject may just remain in the hypnotic trance as if he did not hear the unpleasant suggestion.

The main cause of fear is that a hypnotist is mostly portrayed as a villain in movies, theatre and stories

A patient asked his mother to give details about his illness as he feared that we, the hypnotherapists would know all his secrets from his handwriting because he believed that hypnotists have some supernatural powers. In fact, as hypnotherapists do not have any such powers, they have to spend several hours in conversation with their patients to procure information about their illness.

Some people fear that after being hypnotised they may be made to do ridiculous acts such as dancing , jumping, crawling, crying, etc. Such fear is totally baseless. It is not possible to make a person do anything against his wish.

1 E. Failure to get a subject out of a trance

A hypnotised person never fails to get out of the trance. The subject may get out of a trance in a few minutes or he may go into a state of sleep for a few minutes to a few hours and then wake up automatically.

Some people think that stage hypnotists who perform acts of hypnotism for entertainment are more skilled in the art of hypnotism and are good hypnotherapists. The reasons for such a misconception are as follows.

1 . Publicity : A stage hypnotist is given wide publicity as ‘ The world’s greatest mind controller ’, ‘ See amazing acts under a hypnotic trance ’, etc. People get carried away by such advertisements and think that a stage hypnotist must be having some special powers without which he would not have dared to advertise in such a fashion.

2 . Compere : Before a stage hypnotist appears on the stage, the compere introduces him in a very flowery and impressive manner. This heightens people’s expectations further, making them even more susceptible to hypnosis.

4 . Audience : A stage hypnotist performs his acts in front of a large audience which gives him fame and recognition which helps in increasing a subject ’s susceptibility to hypnosis.

1 F 1. Hazards which may arise from stage hypnotist treating patients

2. Misconceptions about a subject

On the one hand, there are misconceptions while on the other , there are excessive expectations. Some people believe that a hypnotist has supernatural powers and hence expect him to use it to guide or help them.  One person showed us a photograph of his daughter and said , “ My daughter is unwilling to come to you for therapy , so please use your powers on this photograph of her and cure her ”. One bank manager wanted to learn hypnosis to increase efficiency of his staff and to ensure that the people borrowing money from the bank , return it on time ! Unfortunately none of the above is possible with hypnosis.

Many people think that they can be cured after a single hypnotic session. Unfortunately , this is not possible.

Hypnotherapy needs less time for cure than other methods of psychotherapy , in cases suitable for hypnotherapy.

Many consider hypnotism to be a very difficult science to learn. The truth is however exactly the reverse. There is no science simpler than hypnosis. Doctors who attended the one day training course conducted by The Indian Society for Clinical Hypnosis and Research have found that one day is definitely sufficient to learn everything about hypnosis and to be able to hypnotise others.