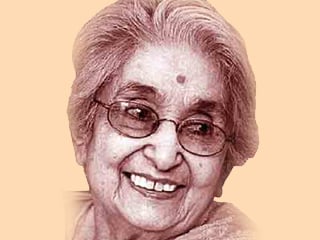 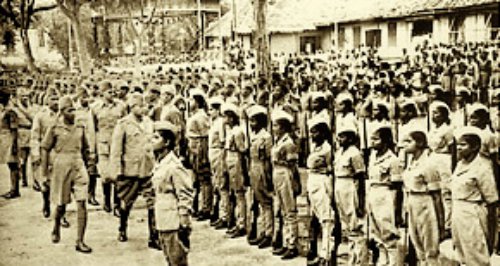 Captain Lakshmi Sehgal helped Netaji Subhashcandra Bose to escape by putting up a brave fight for 16 hours on Burma border with the army that had latest weapons !

Captain Lakshmi was born at Chennai on 24.10.1914. At the age of 24, she passed MBBS examination in 1938. She heard speeches of Netaji Subhashchandra at Singapore, was influenced and drawn to ‘Azad Hind Sena’.

Rani Lakshmibai of Jhansi was born on 22nd October. On the same day in the year 1943, Subhashbabu founded ‘Jhansi Rani Lakshmi Squad’ in ‘Azad Hind Sena’. Lakshmi took over the leadership of this squad.

Along with her different contingents, Captain Lakshmi marched towards battlefield to fight against her enemy i.e. the British army. In fact, she didn’t have enough food, clothes or ammunition. The part where she was to go, was full of thick forest and vallies.

An order was received to march at early morning. The British army must have been a mile away and it charged on the squad. Captain Lakshmi immediately ordered to retaliate. Jhansi Rani squad attacked the British army, guns started firing, cannons started blowing fire balls at the enemy. The acclamations of ‘Jai Hind’, ‘Inquilab Zinzabad’, ‘Azad Hind Zindabad’ made the British squad to tremble. The firing went on amongst the slogans. Captain Lakshmi’s ‘Rani of Jhansi’ won. Rani Jhansi squad forced the brave squad of British soldiers to surrender in the battle fought on the border of Hindustan and Burma.