Police arrested eight fanatics on charges of gang-raping two young women after holding them captive for six days. Though the women did not know them, they remembered their names as all of them allegedly raped them several times in the six days. Read more »

Six people including a local BJP leader Hamid Sadar were arrested in Dewas in connection with alleged trafficking and rape of a minor girl from Assam, police said on Friday. Read more »

Distressed Hindu parents submitted a plea to help rescue their minor daughter from the clutches of jihadis bent on forcefully converting her. Police has however completely failed to rescue the victim girl and has not arrested any of the accused. Read more » 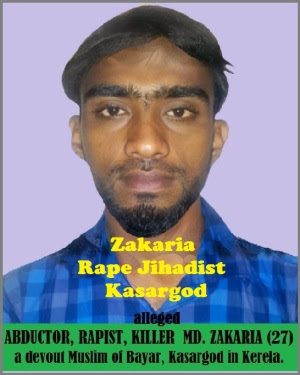 One Hindu girl has again been abducted and gang-raped by Muslim goons in Kerala. She is another victim of Rape Jihad. Now the main rapist is known as Zakki alias Zakaria (27), a resident of Bayar near Kasargod in Kerela. Read more » Ajit Chandra Biswas (54) of Bangladesh lodged a FIR before Bandar Police Station requesting rescue of his daughter, a class 8 student aged 14years. The complaint was against a Jihadi fanatic named Parvej (20) . Read more » 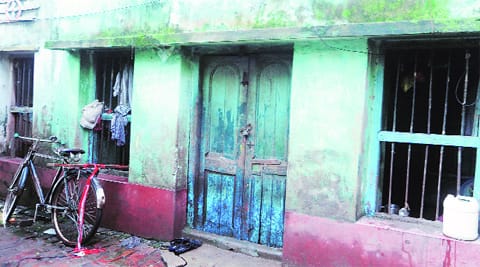 24-year-old mother of two was allegedly gang-raped and thrown out of a moving auto rickshaw in an unconscious state at Akra in South 24 Parganas district, a Kolkata suburb by Shafiq and others . Read more »

Police have arrested a Jihadi Romeo Shahul Hamid, who allegedly subjected a Hindu girl to sexual harassment, following which he persuaded her to convert to Islam. The arrest came following a suicide bid by the girl. Read more »

“My daughter is just 17 and is under the spell of a Muslim boy. She says she will marry only him,” wails Ranjan, as soon as the baba, known to be the ‘rescuer of Hindu Samaj’ makes an appearance in the hall. Read more »

An incident of sexual assault has occurred at Mangalore at a time while the country is rejoicing during the Eid celebrations. Mohammed Mustafa (38), a resident of Kasba Bengre is the accused in the incident. Read more »