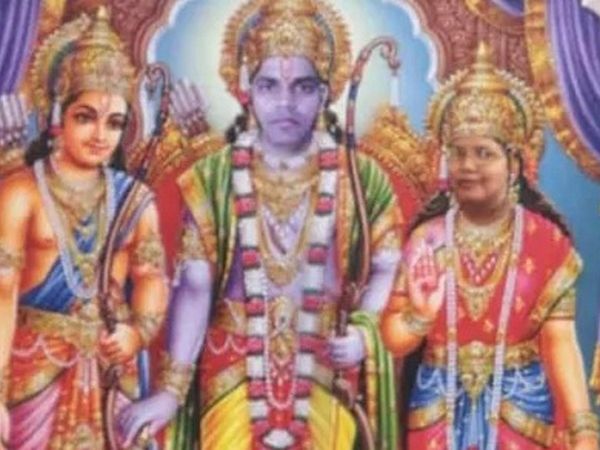 Varanasi: A Banaras Hindu University professor superimposed his picture on a painting of Lord Ram and his wife’s face on the picture of Goddess Sita. The painting was displayed in an exhibition of visual arts organised at BHU.

The faculty in question has been identified as Amresh Kumar, an assistant professor of Visual Arts at the Banaras Hindu University.

Several students of the BHU have expressed anger over the incident and demanded action against Kumar for inciting religious sentiments.

The exhibition was organised in the Faculty of Visual Arts of Banaras Hindu University.

While the University administration is yet to issue any statement on this issue, the assistant professor defended himself saying that this is not a big deal, because Lord Ram belongs to everyone. He was quoted by IANS as saying. The professor has justified his act saying he and his family are great devotees of Lord Ram.

The angry students have asked the BHU administration to take action against Kumar at the earliest, otherwise, they would start a protest.