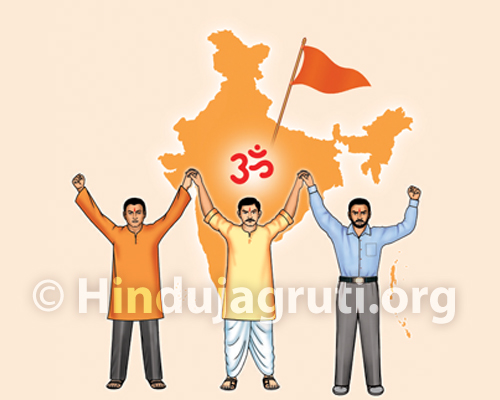 To form an active unity of Trustees of all temples in Maharashtra, Hindu Janajagruti Samiti had organised ‘Online discussions-session’ on 29th May. This discussions-session drew the participation on 225 Temple trustees, Temple priests, heads of Mutts, devout Hindu advocates and representatives of the organisations from Maharashtra.

When the Constitution of India is ‘secular’, how can the Government look after the management of Hindu temples ? Why the Government that is taking over Hindu’s temples hesitates in taking over mosques, churches, etc. The state of the temples taken over by the Government is very pitiable. Corruption is rampant in the Government-appointed committees in temples. The Government is willfully interfering in the traditions, religious rituals, priests and ancient systems of the temples. To oppose all such assaults on the temples, ‘Rashtriya Mandir-Sanskruti Raksha Abhiyan’ (A National Campaign to protect Temple and culture) was started in the All India Hindu Rashtra Convention. The ‘Online discussions-session’ of Temple Trustees was held under the aegis of this campaign itself. On this occasion, many resolutions were passed unanimously by the temple Trustees some of which are ‘Large temples should adopt small temples in their surrounding areas and help them’, ‘An arrangement should be made in the temples to impart education on Dharma to devotees’, ‘Regular meetings of temple Trustees should be organised to unite the Trustees’, etc.

The National Spokesperson of Sanatan Sanstha Chetan Rajhans said on the occasion, “The temple money which is donated by devotees should be expended only for religious rituals in the temples, rejuvenation of the temples, propagation of Sanatan Dharma and pious deeds. When various Government establishments are being privatised due to corruption and inefficiency in them, temples are being taken over by the Government. How many more temples will fall prey like this ? asked Rajhans.

Adv. Virendra Ichalkaranjikar, National President of Hindu Vidhidnya Parishad said, “The Government can take over any temple any time by just issuing an order. As a result, a sword is always hanging on the temples. Corruption worth crores of rupees, land scams, theft of ornaments, etc. occurred in the temples which are taken over by the Government has come to the light through the information gathered by the RTI Act. To stop all this, strong unity of Hindus is required”. On this occasion, many Temple Trustees and devout Hindu advocates narrated their experiences. In the end, the panel discussions concluded with passing the resolutions by shouting slogans of ‘Har Har Mahadev’.