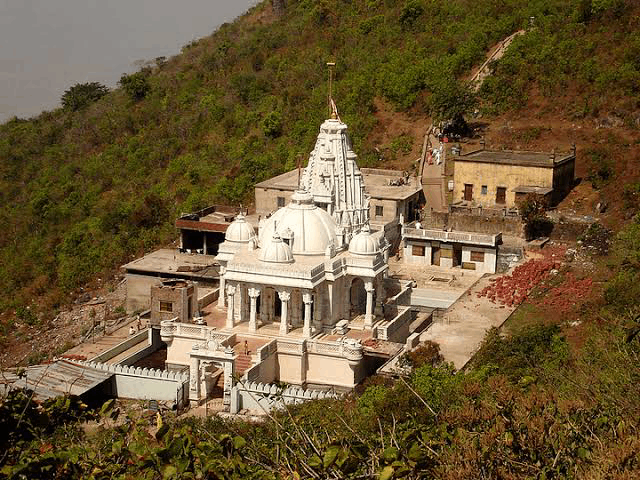 The highest peak in the Parasnath range in the state of Jharkhand i.e. Sammed Shikharji is a sacred religious place of the Jain community and is considered as a Shashwat Tirth. According to Jain philosophy, there have been 24 Tirthankaras. Among them, 20 Tirthankaras attained final liberation (Moksha) through spiritual practice on this very Sammed Shikharji peak. Because of this, Jains harbour immense faith towards this mountain. Recently, the Jharkhand government had issued an ordinance to develop this sacred area for the commercial purpose of increasing tourism. After that, after intense protests by the Jain community, the central government announced that it had withdrawn many of the instructions issued in 2019. Hindu Janajagruti Samiti welcomes this decision. This holy place holds great importance in the eyes of the Jain community, regarding which –

2. Sammed Shikharji holds the same significance for the Jain community as Ayodhya, Mathura, Kashi are to the Hindu society; as Mecca-Medina are to the Muslims; as the Vatican is to the Christians; and the Golden Temple is to the Sikhs.

Hence, the Jain community’s demand before the Central Government to declare Sammed Shikharji as a ‘Site of Pilgrimage’ is justified and the Hindu Janajagruti Samiti extends our support to this demand. Declaring it a site of pulgrimage would help preserve its sanctity. The population of India’s Jain community is only 0.40 percent. The Jain community is a minority in the real sense of the word. In our country some minority communities have a special minority status. They are given special treatment and accorded multiple facilities. Hence, in this regard, we demand that the government accept this demand of the Jain community. The central government has shown its commitment to protecting the interests of the Nation & Dharma. So we certainly hope that they will give serious thought to this demand and accede to it.

In wake of nationwide protests by the Jain community against the Hemant Soren government’s decision to turn Shri Sammed Shikharji Tirth in Jharkhand into a tourism hub, the central government has issued directives to halt all such activities in the larger Parasnath Hills. The revered pilgrimage site of the Jain community is located in these hills.

Union Environment Minister Bhupendra Yadav took to Twitter to share information about the same. “Met Jain community members who have been urging to protect the sanctity of Sammed Shikhar. Assured them that PM Shri @narendramodi ji’s government is committed to preserving and protecting the rights of Jain community over all their religious sites, including Sammed Shikhar,” the Union Minister Tweeted.

There is a list of prohibited activities that can't take place in and around the designated eco-sensitive area. Restrictions will be followed in letter and spirit. pic.twitter.com/rpJ7tpWhnD

He also shared a copy of the letter written to the Inspector General of Forest (Wildlife) and ordered that the ecologically harmful activities on Shri Sammed Shikharji be halted with immediate effect. Orders have also been issued to the Jharkhand government to implement the restrictions mentioned in the memo immediately.

Over the last few days, the Ministry of Environment, Forests, and Climate Change (MoEFCC) have received several representations from different organisations representing Jain Samaj. The organisations have been raising issues related to certain activities taking place at Parasnath Wildlife Sanctuary that have negatively impacted the sentiments of Jain Dharma followers.

In this context, Union Minister Shri Bhupender Yadav summoned various representatives of the Jain community to a meeting to address the overall issue as well as possible solutions.

Following the meeting, it was decided that the State Government of Jharkhand be directed to strictly enforce the relevant provisions of the Management Plan of the Parasnath Wildlife Sanctuary. These provisions specifically prohibit damage to flora or fauna; bringing pet animals; playing loud music or using loudspeakers; defiling sites of religious and cultural significance such as sacred monuments, lakes, rocks, caves, and shrines; and the sale of liquor, drugs, and other intoxicants, among other things. Jharkhand’s state government has been urged to aggressively enforce these provisions. The state government has also been asked to prohibit the sale and consumption of liquor and non-vegetarian food items on Parasnath Hills.

On January 1st, 2023, members of the Jain community staged a protest in the national capital against the Jharkhand government for turning Shri Sammed Shikharji, one of the prominent Jain pilgrimage sites, into an eco-tourist spot. Earlier, the Jharkhand government led by CM Hemant Soren had declared that Shri Sammed Shikharji will be a tourist place.

Protestors also raised “Sammed Shikhar Hamara Hai” slogans.  Besides, the peaceful protestors could also be heard chanting mantras in several videos that are doing the rounds on social media.

Jains are chanting the holy namokaar mantra, during the peaceful protest against the declaration of Shri Sammed ShikharJi as a tourist place, at The India Gate pic.twitter.com/fUN2Irnllt

It is notable that the Jharkhand government, as a part of its tourism policy launched in July 2022, decided to promote religious tourism at Parasnath Hills, the region that nestles the revered Jain pilgrimage centre from where 20 of the total 24 Tirthankars attained salvation. Every year, thousands of Jains from across the world undertake the 27 km long trek to reach the summit that houses the salvation shrines of 20 Tirthankaras. Besides, the hills are also considered holy by the members of the Santhal tribe, who regard it as ‘Marang Buru’ and hold an annual festival here in mid-April.

The members of the Jain community are also protesting against the alleged vandalism of a temple in Gujarat’s Palitana. It is notable that the Gujarat government ordered an inquiry into the matter. Besides, the Mahant of the nearby Shiv temple clarified that no vandalism took place, only the iron poles with CCTV cameras that were set up were removed.

Reportedly, the dispute arose after the pole near the temple which had a CCTV camera on it was moved. For a long time, there were protests for a Shiv Temple on the holy hill. Mahants from across the country participated and asked for the government’s intervention. However, some miscreants had damaged the poles which had CCTV cameras at Surajkund.

Maharashtra Minister MP Lodha, who joined the protestors in Maharashtra, told ANI, “We are protesting against the vandalisation of the temple in Palitana and the Jharkhand government’s decision. The Gujarat government has taken action, but we want stricter punishments against those who vandalised the temple. More than 5 lakh people are currently on the streets.”

We are protesting against the vandalisation of the temple in Palitana & Jharkhand govt's decision. The Gujarat govt has taken action but we want strict action against them (who vandalised the temple). Today more than 5 lakh people are on the streets: Maharashtra Min MP Lodha pic.twitter.com/ViH8kKLjJb

In Mumbai’s Borivali, Jains took out a rally against the Jharkhand government and their decision to convert Shri Sammed Shikharji Tirth into a tourist place.

The Jharkhand minister further asserted that they took the decision for the benefit of the region but as it is hurting the sentiments of a particular community, they will discuss the matter again within the government.

Notably, the Hindu rights organisation Vishwa Hindu Parishad (VHP) has extended support to the protesting Jain community. In a statement issued by the VHP, it is stated that the organization is bound to protect the sanctity of the pilgrimage sites of India. The entire Parshwanath hill should be declared a holy site (teerth), and no tourist activities involving meat or drugs should be permitted.

“The Ministry of Pilgrimage should be established in Jharkhand immediately so that the development of Siddha Kshetra Parshwanath mountain and all other pilgrimage sites there is in accordance with the followers of the Jain faith. The relevant notifications should be amended as needed so that Siddha Parshwanath mountain and Tirtharaj Sammed peak are never turned into tourist destinations,” the VHP statement read

Ever since the Jharkhand government decided to turn Shri Sammed Shikharji Tirth into a tourist spot, Jains have been carrying out peaceful protests across the country.

Members of the Jain community today took to the streets in Delhi, Maharashtra, Gujarat, and several other states, demanding that the Soren government reverse its decision to open the Shri Sammed Shikharji pilgrimage to tourists. 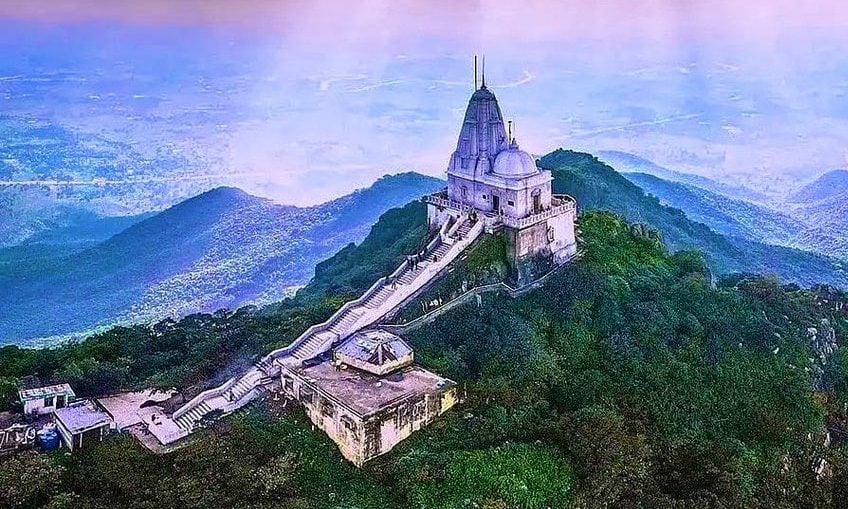 Jains across the country are observing a one-day bandh on 21 December 2022 as a mark of protest against the Jharkhand government’s decision to turn Shri Sammed Shikharji, one of the foremost Jain pilgrimage centres in the country, into an eco-tourism spot.

As a part of the Tourism Policy launched this July, the Jharkhand government decided to promote religious tourism at Parasnath Hills, the region that nestles the revered Jain pilgrimage centre from where 20 of the total 24 Tirthankars attained salvation. Every year, thousands of Jains from across the world. undertake the 27 km long trek of climbing the hills to reach the summit that houses the salvation shrines of 20 Tirthankaras. Besides, the hills are also considered holy by the members of the Santhal tribe, who regard it as ‘Marang Buru’ and hold an annual festival here in mid-April.

However, the decision to turn Shri Sammed Shikarji into a tourist destination has had the Jain community on pins and needles, who are fearful that such a move could sully the religious sanctity of the place and secularise one of the few holiest pilgrimage centres that Jains have jealously guarded for thousands of years.

Thousands of Jains, across the country, are observing a one-day bandh on 21st December to protest against the Jharkhand government’s decision and to convey their objection to a regime bent on appropriating religious heritage sites of a minority community, which constitutes only 0.4 per cent of India’s total population. From Gujarat to Rajasthan, to Madhya Pradesh, and several other states, members of the Jain Community hit the streets demanding a rollback of the Soren government’s decision to throw open the Shri Sammed Shikharji pilgrimage for tourists.

“It is a holy place for the community. But ironically, the Jharkhand Government has declared it a tourist place. This will allow the tourists to visit the holy place for fun and entertainment and will disturb the holiness of the place. We appeal to the Government to withdraw its decision immediately and to ensure that the environment of the holy place is not disturbed by tourists,” a member of the Jain community to participated in protests in Mysuru said.

Madhya Pradesh Congress chief Kamal Nath has written to Prime Minister Narendra Modi and Jharkhand Chief Minister Hemant Soren to reconsider the decision to turn Sammed Shikharji – the biggest pilgrimage of the Jain community – into an eco-tourism spot, in view of sustained protests by the community.

Nath, a former union minister, wrote separately to the PM and Jharkhand CM, urging them to reconsider the decision in keeping with the sentiments of the Jain community. In his letter to the PM, Nath said that if the decision is changed, it will be a big step towards establishing religious harmony in the country. Congress is in coalition with the Jharkhand Mukti Morcha in the state government.