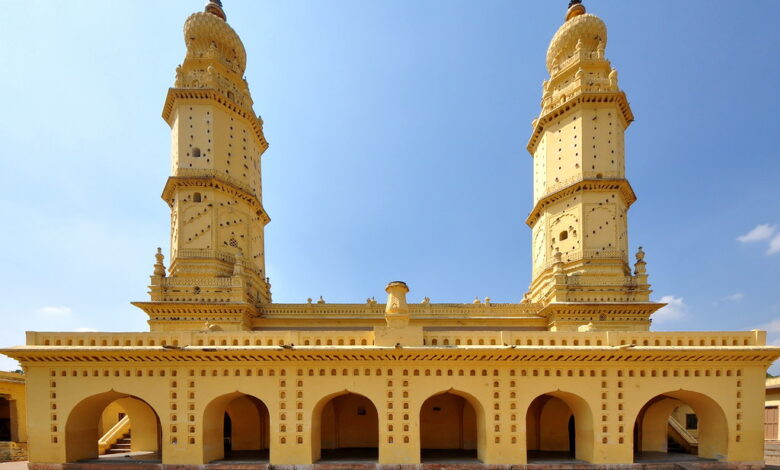 Amid the temple-mosque row that has erupted in the Srirangapatna town in Karnataka’s Mandya district, the Mysore Archaeological Department’s 1935 report has been brought to attention. As per reports, the archaeological department report stated that Tipu Sultan had demolished the Anjaneya Mandir and built Jamia Masjid after filling up the ground floor of the temple structure.

According to the reports, the then ruler of Mysore and Srirangapatna, Tipu Sultan demolished several temples to build mosques in the area. “Jumma Masjid was constructed by Tipu Sultan on top of the Anjaneya temple after filling up the latter’s ground floor,” Republic TV stated.

Reportedly, an ASI letter published in 2004, which cited the Mysore Archaeological Department’s 1935 report also stated that the Madarsa operating in the current Jamia Masjid premises is illegal. The letter as accessed by the Republic TV noted that the Waqf board is running the Madarsa illegally in the Masjid premises since 1979.

Temple structure found under a mosque in Mangaluru.

In 1784 Tippu sultan Attacked on mangaluru region and demolished 27 churches and hundreds of Hindu Temples and built Masque on Temples premises.

This is days after the members of the VHP and the Bajrang Dal organized the ‘Srirangapatna Chalo’ rally and gave a call to march toward the Jamia mosque in Srirangapatna to perform Hindu religious puja inside the Mosque. The Hindu organizations stated that the Jamia Mosque was built by Tipu Sultan in the year 1782 after demolishing a Hanuman temple.

On June 4, prohibitory orders under section 144 of the CrPC act were imposed in the Srirangapatna town in Karnataka’s Mandya district ahead of the ‘Srirangapatna Chalo’ rally. A heavy police force was deployed in the town and 4 check posts were installed in the area as a precautionary security measure ahead of the program.

Karnataka | Section 144 CrPC imposed in Srirangapatna town of Mandya district from 6 am to 6 pm today in wake of 'Srirangapatna Chalo' call given by VHP for today.

Reportedly, the Hindu Janjagruti Samiti has demanded a survey also at the palace of Tipu Sultan in Bengaluru, claiming that it has been built on land encroached from a temple. Mohan Gowda, the spokesperson of the Hindu outfit said, “Several people in the past have said that behind the Tipu Sultan summer palace, it was all Kote Venkataramana Temple and this was illegally encroached by Sultan. There used to be a Sanskrit school here as well. This Hindu temple was illegally encroached upon and a survey must be carried out”.

Also, last week, a group named ‘Narendra Modi Vichar Manch’ (NMVM) approached the Mandya deputy commissioner and claimed that the Masjid-e-Ala was ‘Moodala Bagilu Anjaneya Swami temple’. It had requested the deputy commissioner of Mandya to allow them to perform prayers to Hanuman inside the said mosque.

The VHP meanwhile has claimed that a dargah in Basavakalyan in Karnataka’s Bidar district was a Basavanna temple. The members of the VHP have sought government intervention in the matter claiming that there is clear evidence that the dargah was historically a temple.