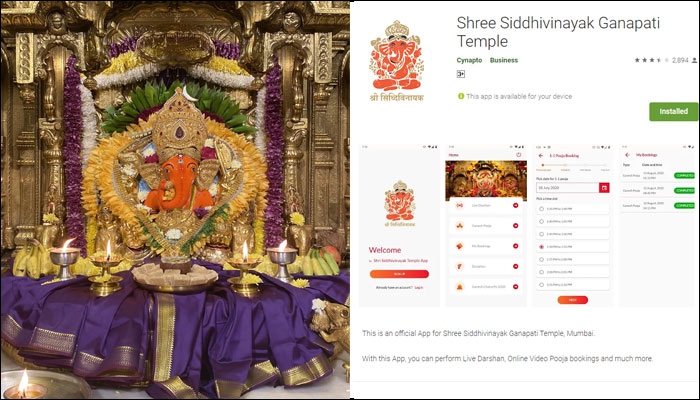 Amidst the Covid-19 pandemic, scammers are finding different ways to rob the people of their hard-earned money. Such a scam has been exposed by Amit Thadhani, a doctor from Mumbai, Maharashtra, at Siddhivinayak Temple. In a tweet thread, Thadhani explained how scammers standing outside the temple are charging people as much as Rs.300 per person for darshan at the temple that was supposed to be free.

How does the scam work?

Siddhivinayak temple trust has recently launched a mobile app via which devotees can make a booking for darshan. The aim is to control the crowd to reduce the chances of Covid spread. If someone wants to do darshan, prior online booking is mandatory. He said, “Like all govt controlled temples, there’s a scam going on in online darshan too.”

This Sunday, I went to Siddhivinayak temple with some relatives. When we reached there, a man standing outside one of the flower shops approached us and said that darshan was only possible with prior online booking. But he could get us in immediately, for a fee of course. 2/n pic.twitter.com/dxYrH2r4JT

Thadhani said he went to the temple with some relatives, where he was approached by a man who was standing outside one of the flower shops. The man told him that the darshan was only possible with prior online booking. He claimed he could get an online pass for them immediately for a fee.

Thadhani did not believe him at first, but when he downloaded the app and logged in with a newly created ID, it showed all slots were booked. The scammer told him that he could arrange darshan at Rs. 300 per person. They were a group of ten people. He further added that he would need five mobile phones to get the “booking” done for them as the app allowed only two people per phone.

He and the other four from the group gave them their mobile phones. The scammer, along with his sidekick, swung into action, and within minutes the booking was confirmed for all of them.

Thadhani had an idea how they were pulling off the scam. To confirm his theory, he kept the login of the person on his device. He added, “These people block all available slots in advance through various fake IDs. So no slots are available for genuine devotees.”

Five of us were asked to hand our respective mobiles. The man and his sidekick quickly got into action and within seconds, I saw this on my phone. Darshan confirmed. All five devices got the confirmation within a couple of minutes and we all got the darshan ticket. 4/n pic.twitter.com/eN6BvVDAc0

He added screenshots of the fake account in the thread and said, “This is the fake account through which the slot was blocked (obviously the person’s name isn’t really Siddhivinayak). So remember folks, if you’re not getting a slot for darshan at Siddhivinayak, chances are the local touts outside the temple have already blocked all of them.”

This is the fake account through which the slot was blocked (obviously the persons name isn’t really Siddhivinayak). So remember folks, if you’re not getting a slot for darshan at Siddhivinayak, chances are the local touts outside the temple have already blocked all of them. 6/6 pic.twitter.com/mUUM3kgJTd