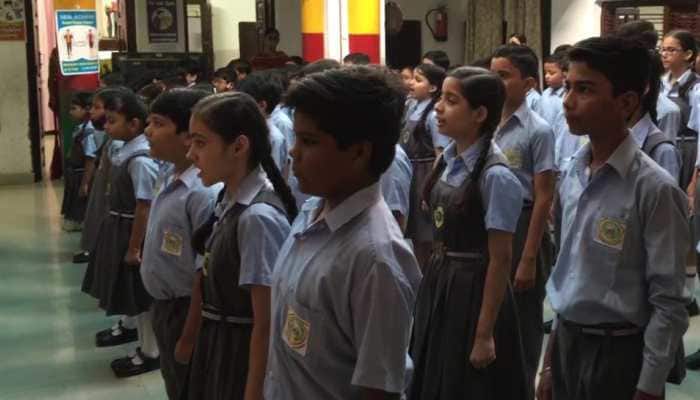 The Uttar Pradesh police has filed a complaint against the private school for allegedly teaching `Kalma` to Hindu students. The case gained momentum after a video of a tweet went viral on Sunday.

When the police questioned the school management, it clarified that  prayers of all four religions were recited at the school during the morning assembly to boost the “Sarva Dharma Samman” ideology.

Ankita Yadav, Principal of Florets International School said, “We have prayers for all four religions. We want to teach the students that all religions are equal. But now we are getting into issues over it and from Saturday itself we have taken action against this. From today we have stopped reciting these prayers and started only national anthem for assembly.”

We've prayers from all religions be it Hinduism, Islam, Sikhism & Christianity. As parents objected to Islamic prayer, we've stopped it & only national anthem is being sung:Principal pic.twitter.com/lywPvmpi5E

“The school students recite prayers of four religions – Hindu, Muslim, Sikh and Christian – for the last 12-13 years. No one ever objected. An objection was raised about this from a parent`s side four days ago,” she added.

A parent said, “My son studies here. For the last few days, my son was reciting the kalma at home. My wife raised concern about it. When we spoke to our son, he said that every day after prayer the school teaches it to them. My concern is why should my son read this? What if he disapproves of his own religion after some days?”

In UP's Kanpur, parents objected to recitation of Islamic prayer during morning prayer at a school. Pincipal says prayers from all religions- Hinduism, Islam, Sikhism & Christianity are recited. After objection to Islamic prayers, now only national anthem will be sung. pic.twitter.com/ut2soslNpa

Meanwhile, an inquiry has been ordered into the matter based on the investigation report of the police. ACP Nishank Sharma said, “We came to know about Kalma being taught to students at the Florets International school through a tweet. The DM and local police have also been notified. Today we visited the school to investigate the matter.”

“The school authorities after the objection decided that only the national anthem will be recited during the assembly. They have stopped all the other prayers,” added the ACP.