Campaign ‘The Goa Files’ will be launched from May 3, to make Bhagwan Parshuram ‘Goencho Saib.’ 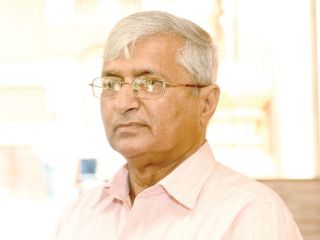 Addressing the media in the presence of various Hindu organisations, Velingkar argued that SFX cannot be called ‘Goencho Saib’ from the nationalist point of view and on humanitarian grounds. He said that Goencho Saib was the creation of the colonial Portuguese.

From May 3 being the anniversary of Bhagwan Parshuram, the Hindu Raksha Maha Aghadi will open “The Goa Files” campaign across the State for 20 days to create awareness that Bhagwan Parshuram is the true protector of Goa (Goencho Saib).

According to Velingkar, the then Portuguese Viceroy went to the body of SFX in the Bom Jesus Shrine and placed his scepter on his relic, and prayed for his grace to avert the Maratha invasion

Velignkar claimed that Bhagwan Parshuram was the true protector of Goa and should be called Goencho Saib. He said there are many legends about Parshuram and one was that he reclaimed the West Coast from the seas. Goa is known to be the land of Lord Parshuram, who is the sixth incarnation of the God Vishnu.

When it was brought to his notice that people of all faith in Goa call SFX ‘Goencho Saib’ and whether he could change people’s belief, Velingkar said that there are misconceptions and intentional portrayal of SFX as ‘Goencho Saib’.

History of inquisition in Goa can no longer be brushed under the carpet: Goa’s Archives and Archaeology Minister Subhash Phaldesai 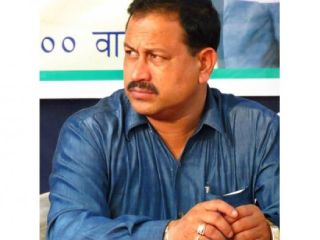 The history of the Catholic inquisition—a controversial period which saw religious persecution in Goa, then a Portuguese colony—should no longer be brushed under the carpet, Goa’s Archives and Archaeology Minister Subhash Phaldesai said on Monday, 18th April 2022.

Speaking to reporters soon after taking charge of the ministry, Phaldesai had questioned the accusations levelled on the BJP-led government over a proposal to restore temples destroyed during the Portuguese regime in Goa which spanned for 451 years.

“We are not promoting anything for a specific religion. The temples where atrocities were committed, where slaves made and were razed to the ground, if we are trying to restore them, then why should anyone have an objection. We have been quiet so far about the atrocities committed on us. But history cannot be pushed under the carpet like this,” Phaldesai told reporters.

“There is no call for controversy. The atrocities committed in this land, including the inquisition and conversion and our Gods and temples were destroyed. This is a good intention on part of the government, nobody should have any doubt about it. Some people call this communal (measure). Why should it be considered communal?” he said.

The Goa minister further said that not just Hindu temples, the government would also consider rebuilding structures belonging to other religions which were destroyed during the Portuguese regime.

“It is not only Hindu temples which we are talking about, if anything else related to another religion was destroyed, then definitely that will come under this. We look forward to establish and transfer our history to the coming generations,” Phaldesai said.

“What is the objection in carrying out such restoration in areas where there is no controversy, where there is no disputed area. If there is a dispute it can be addressed, there is the judiciary, there are mechanisms to maintain law and order,” the minister.