Management of temples should be as per the earlier rules laid down by the then ruling kings for reviving past glory of ancient temples in Tamil Nadu ! – Uma Anandan, Vice President, ‘Temple Worshipers’ Society, Tamil Nadu 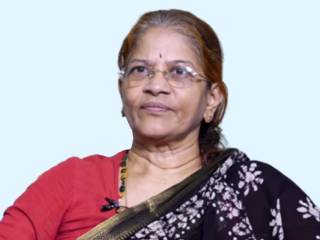 There were 58000 temples in the State of Tamil Nadu before the British came to India. Today, there are 48000 temples on Government’s records. What happened to the remaining temples? All temples were built by the earlier kings ruling Tamil Nadu. These temples are very rich. The earlier kings have laid down rules on issues like who would manage these temples; what qualities are required in a person looking after management of temples or how much salary should be paid to temple-priest etc. If temples are managed as per the rules made by these kings, there would be no need for Tamil Nadu Government to manage the temples, stated Smt. Uma Anandan, the Vice President of ‘Temple Worshippers’ Society’ while addressing a seminar conducted on the fifth day of ‘Online’ 9th All India Hindu Rashtra Convention. She spoke on the topic of protection of temples.

In olden days, Kings used to look after temples. A few kings have built temples; but today’s secular rulers are only looting temple money. ‘Pashchim Maharashtra Devasthan Samiti’ was set up in 1967 for managing temples of western Maharashtra. This ‘Samiti’ looks after more than 3000 temples located in 5 districts. Information on total land owned by these temples was obtained under RTI Act when scam of 7000 acres of land was noticed. Money earned out of minerals obtained by excavation of temples’ lands has not been given to the temple since 1985. Ornaments donated by devotees have been lost. No audit was carried out of this Samiti till the year 2004 since its inception. There was no record of 1250 acres of land belonging to the temple at Pandharpur. Shirdi shrine spent Rs. 93 lakhs in making road for the then President Smt. Pratibhatai Patil who was to visit Sai temple for an hour. Rs. 500 crores were given out of the same temple funds for Nilavande dam. HJS has condemned all such scams and staged an agitation against the Samiti. The matter is now pending in the Court. There are scams like the above in many temples in Maharashtra. These are the ill effects of Governments’ taking over management of temples.

Secular Governments are taking over management of temples with an eye on temple funds under the guise of better management. They are openly looting temples’ lands, ornaments offered by devotees and money. There is uniformity in looting of temples in this country. The figures of loot may be different but the method adopted is the same. After taking over a temple, the Government appoints an administrative officer who has no experience of managing a temple. There is a need to amend the laws for punishing offenders looting temple funds. How can a Chief Minister be a trustee of ‘Char Dham’ temple? Trustees should be selected from devotees. Who will have control over such a government which is taking over temples to have control?

On one hand, governments are taking over temples and on the other hand, there is Wakf Board for controlling religious places of Muslims. Maharashtra Wakf Board has 92000 acres of land. Still the Government gives grants to them. This disparity needs to be removed. This issue needs to be taken to people through social media and by staging agitations. 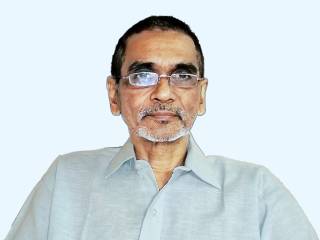 Shri. B K S R Iyengar, Historian from Andhra Pradesh, said, “The government should declare centuries-old temples, shrines and religious and historic sites as ‘Cultural Heritage’. Additionally, experts in the field of religious architecture should be consulted while restoring ancient temples.”