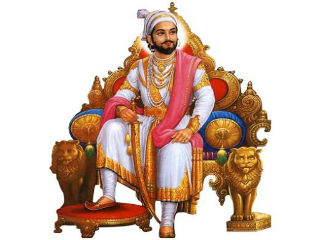 Mumbai / Navi Mumbai : Sanatan Sanstha and Hindu Janajagruti Samiti (HJS) were invited at many places on the occasion of ‘Shiva-jayanti’. Given below is a brief report on the same.

Establishment of ‘Hindavi Sawarjya’ as done by Chhatrapati is necessary to stop attacks on society ! – Sou. Nayana Bhagat

Temples, women, cows and Hindus were oppressed during Mughal regime. Mata Jijau dreamt of destroying Mughal Empire to stop such oppression. She inculcated ‘sanskars’ in Shivaji Maharaj at his tender age so as to invoke ‘Brahma-tej’ and ‘Kshatra-tej’ in him for fulfilling this dream. Later, Chhatrapati Shivaraya strived hard with his ‘mawlas’ to free people from such oppression and from injustice, by establishing ‘Hindavi Swarajya’. Even today, Hindu Dharma, temples, women, cow and Hindus are under constant attack and the only solution on the same is establishing Hindu Rashtra; but every house needs Mata Jijau for bringing this dream into reality, stated Sou. Nayana Bhagat, spokesperson of Sanatan Sanstha. She was addressing a program held at Saint Gadge Maharaj Seva Society, Chembur for celebrating ‘Shiv-jayanti’. Large number of residents, young and old, of this society attended the program.

The attendees wanted to know more about the problem of ‘love-jhad’. They have invited her again to give guidance on this subject, informed the participants.

Dr. Uday Dhuri, the spokesperson of HJS gave guidance during ‘Shiv-jayanti’ program held here. He narrated selected incidents from life history of Chhatrapati Shivaji Maharaj; explaining valour exhibited by Maharaj and his spiritual wealth etc while stating what we should do for preserving such extra-ordinary heritage. He also made an appeal to people to attend ‘Hindu Rashtra-jagruti Sabha’ proposed to be held at Mahim. 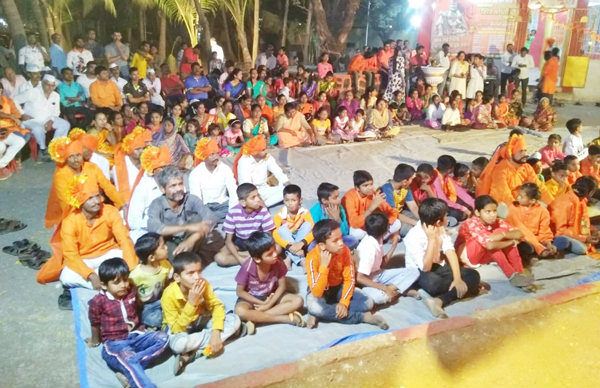 We consider Shivaji Maharaj as our ideal; so we must inculcate his qualities in us. Maharaj sought guidance from his Guru and worshipped ‘Kul-devata’ for acquiring spiritual strength. We should also awaken valour in us and worship our ‘Kul-devata’ for acquiring spiritual strength, stated Shri. Sunil Kadam of HJS, while addressing a program held by ‘Chhatrapati Shiva Shambhu Yuva Pratishthan’ at Talwali gaon, Ghanasoli, Navi Mumbai. The program was attended by 100 people, including children. 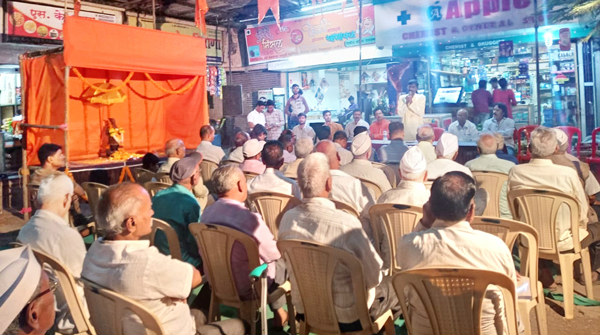 Shri. Prasad Mankar of HJS narrated few incidents from Shivaraya’s life while giving guidance at ‘Sarvajanik Shiv-jayanti Utsav Mandal’, at Sector 10 of Sanpada. He explained what was the situation, how Maharaj handled the same, how he united ‘mawlas’, how ‘mawlas’, though few in number, fought against powerful army of enemies and how he took help of his Guru and God. He also explained what should be done in present situation keeping Shivaraya as ideal, how programs should be organized along with other entertainment programs on the occasion of festivals, for awakening valour amongst people. 50 members of the ‘Mandal’ were present for the program.