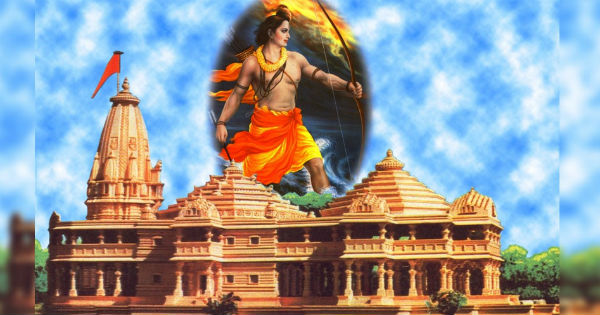 Mumbai : It is a historical truth that Ayodhyanagari which is the place of faith of Hindus, is the birth place of Prabhu Shriram. There are many proofs available in Hindus’ Holy Scriptures. It has also been proved in Court on the basis of archaeological proofs and in the year 2010, Allahabad High Court has passed verdict in its favour but the issue has been pending in Supreme Court for the last 8 years. How long should Hindus wait for construction of Shriram Mandir ? BJP has been ruling in Centre as well as in Uttar Pradesh with absolute majority; therefore, by immediately passing a law in Parliament, huge Ram Mandir should be built, was the demand made by devout Hindu activists during demonstrations staged under auspices of ‘Rashtriya Hindu Andolan (RHA)’ staged at Bhayndar (Thane District) on 12th January and at Malad, on 13th January. Signature drive was undertaken at the venues of demonstrations which received good response from Shriram-devotees.

Other demands made during demonstrations

Police advise against raising of slogans during demonstrations !

Demonstrations were staged at Bhayandar (west) and devout Hindu activists were spontaneously raising slogans related to Prabhu Shriram and on other issues. Police deployed at the venue said, “You only appeal to people for joining signature drive but don’t raise slogans.” The devout Hindu activists firmly told police that they would raise slogans on the subjects related to demonstrations and everyone, along with making appeal for joining signature drive, also raised slogans till the conclusion of demonstrations. (Police stop people from raising slogans though they are staging demonstrations in lawful manner ! Have police ever questioned Muslims about loudspeakers on mosques even though they are going against Court’s orders ? Police take objection only to Hindus, isn’t it religious discrimination by police ? Is it the outcome of lack of unity amongst Hindus ? – Editor, Dainik Sanatan Prabhat)