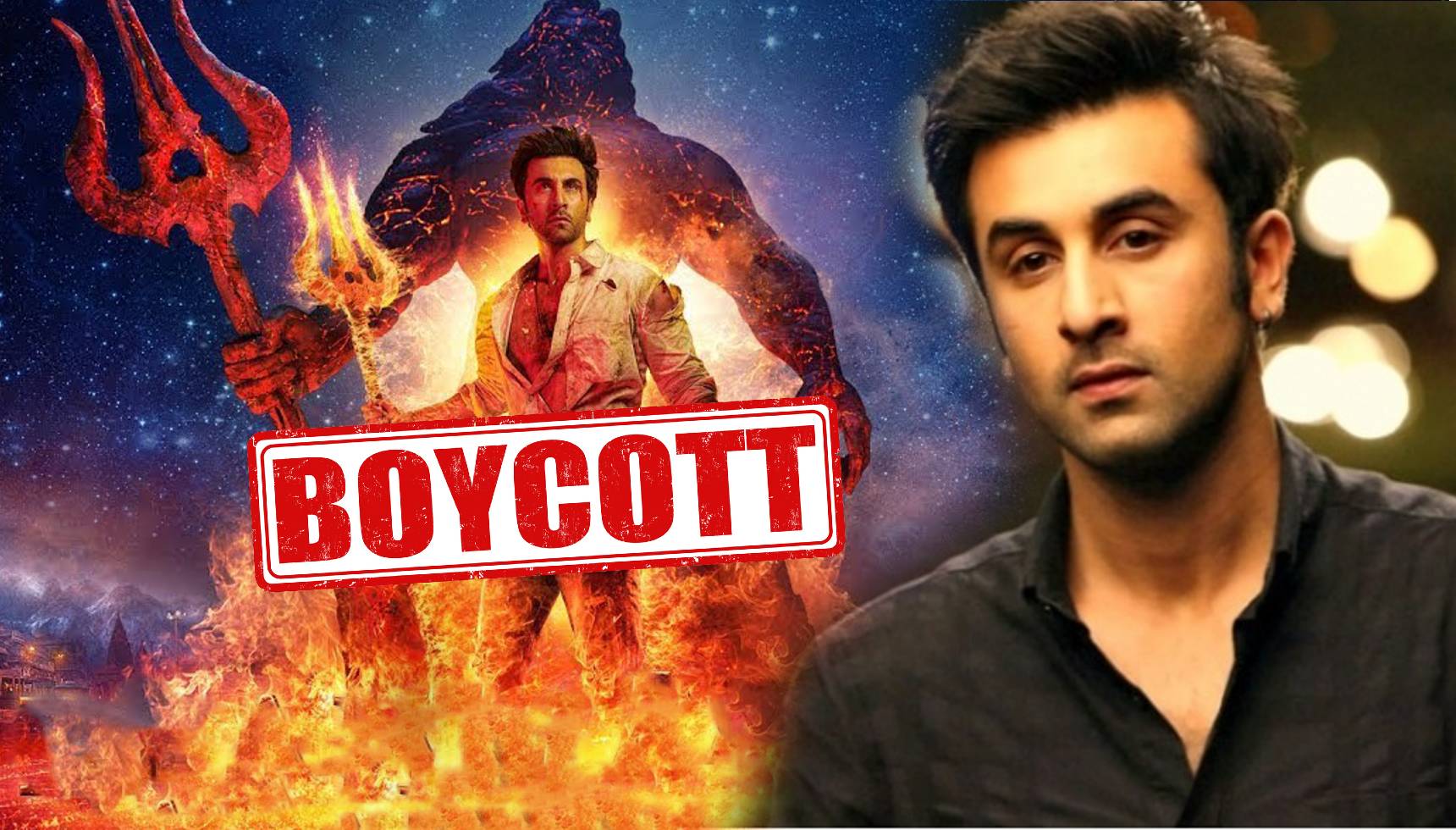 As the release date for the Bollywood big-budget movie Brahmastra nears, calls to boycott this movie are growing louder. While the producers, actors, and director have gone into overdrive to promote the multilingual release, the people seem to be in no mood to go watch the movie.

According to online reports, the movie is supposed to be based on “Indian culture”, and “traditional mythology and history”. Going by previous experience of how Bollywood treats the three, there is little doubt as to how this movie trilogy will shape up.

Apparently, the movie is about a secret group of sages that are protecting Astras. The first movie Brahmastra Part One – Shiva follows the lead character (Ranbir Kapoor) as he comes to grips with his powers and the secret group. His shakti is being portrayed by Alia Bhatt. The whole idea has been conceptualised by Ayan Mukherjee.

Now on to the problems with the movie.

The issue with the premise

While preparing the central theme, Mukherjee used Astras as an inspiration. And then he has added some bits of X-men, some of Avengers, some from Robert Langdon’s books, and prepare his ‘Astraverse’. The problem here is that Astras are not mere weapons with capacities for massive destruction. They are Divine weapons handed down by the Gods and Goddesses to those who have done tremendous penance. Even a cursory glance at historical epics such as Mahabharata or Ramayana will show numerous examples of great kings, warriors even rakshasas like Ravana, who underwent penance for hundreds or thousands of years to obtain these Divine weapons.

So if the movie effectively washes this out, then imagine the misinformation that future generations will be fed on?

The secularisation of Hindu history

The filmmakers had put out a social media image in which Ranbir Kapoor was shown as ‘Rumi’, in an earlier concept for the movie. The director claims to have been working on the movie for almost a decade. So the question arises, what does an obviously Arabic character have to do with Hindu history (Astras or Gods)? Where in Hindu history are we told about ‘dragons’? Or did this switch come about over the last couple of years with Hindus assertively rallying against Bollywood’s obvious wrongful portrayals of Hindu Dharma?

The teaser, trailer, the songs are filled with so much Urdu, that it wouldn’t be a miss to wonder if the movie was made in Pakistan! Why can’t a movie based on Hindu history and Dharma have Hindi? But no, they had to secularise it to make it sell. And it helps to have one Hussain Dalal as the scriptwriter and lyricist.

DeHinduisation of Indian history and culture

As an exercise, recall the most recent villains in Bollywood movies. One common factor that binds all of them will be either a tilak, a Shikha, large kumkum dots, Rudraksha necklace. See this pattern? Now come to Brahmastra, the hero, heroine, and the ‘Guru’ none of them are wearing anything that remotely identifies them as Hindu. That means, no tilak, no Rudraksha, no saffron clothing. So to Bollywood, the villain has to be explicitly shown as Hindu, while an obviously Hindu-inspired character has to be deHinduised!

Why Bollywood hates The Sanatan Dharma?
Why only these kind of get-up used for Villains?#SanatanaDharma #hindutva pic.twitter.com/e7r2CWWTSa

In an interview published on Mashable, Ranbir Kapoor is quoted saying “I think, if Brahmāstra does well, it leads to so many new stories, which are [steeped] in our Indian culture, which are our stories,” Kapoor says.

The deHinduisation of Indian history and culture is blatant when obvious Hindu concepts are not being termed as Hindu. Wonder what prevents Bollywood from doing so?

The inherent Hindu hate is still there

While it may seem laudable that Bollywood has taken up a Hindu theme on such a big-budget production, the truth is that it is just another means to make money.

One Shreemi Verma of the ironically titled Dharma Productions (who are one of the producers of Brahmastra) had tweeted some intensely Hinduphobic stuff over the years. When Twitterati unearthed those tweets, she quietly deactivated her account. And no, no apology came forth.

Recently a clipping from Ranbir Kapoor’s interview where he proclaims himself to be a ‘big beef fan’ shocked Hindus. Astras are Divine. Even Asuras used to do intense penance (going without food and water for hundreds to thousands of years) to be able to wield an Astra. Such was the purification required! And here we have a ‘proud’ beef lover being projected as the Agni Astra (Agneyastra) himself!

The movie #Brahmastra is an another attempt towards the Islamization of Hindu traditions. BEWARE. Destroy the beef cartel. Save Sanatan Dharma. #BoycottBollywood #BoycottBrahmastra https://t.co/ipueVMet6U

A shot from the movie’s trailer generated much outrage in which Ranbir Kapoor is seen entering what appears to be a temple with shoes on. The Director defended the shot by effectively gaslighting Hindus by claiming that it was a Durga pandal and that they have been organizing Durga pandals for many years and that it is not an issue.

Alia Bhatt was also in the news for an intensely Hinduphobic advert mocking the sacred custom of Kanyadaan for Manyavar. As usual, no apology came forth. Bhatt’s family is no stranger to controversy either. Mahesh Bhatt, her father, actively peddled the ‘RSS orchestrated 26/11’ theory. Her brother, Rahul Bhatt, was a friend of David Headley who masterminded the 26/11 attacks. Her mother, Soni Razdan, was forthcoming about her love for Pakistan claiming that she would be happier there. 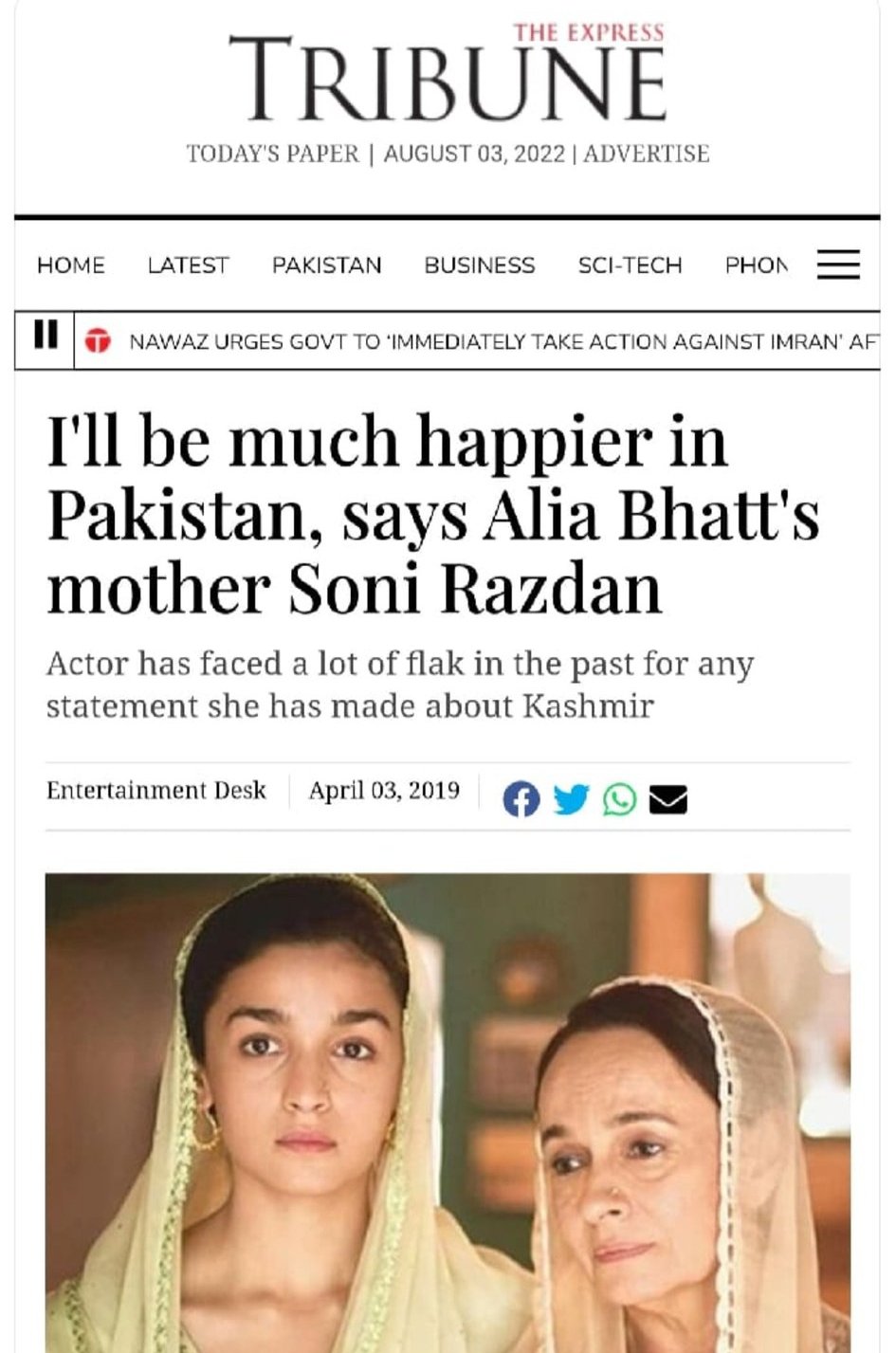 Another issue that is being raised by people is that most recent Bollywood movies have been disasters due to widespread boycotts by moviegoers. And going by the seemingly arrogant statements of actors asking people not to watch their movies, it seems unlikely that Brahmastra would be an exception.

Alia Bhatt : If u don't like me don't watch me I can't help it

We will all fulfill her wish too

We are just tickets buyers for them. They only need your money not you. #BoycottBrahmastra #BoycottBollywood#boycottbrahmastramovie pic.twitter.com/TkVeRS0Li1

But keen-eyed people have been pointing out that most movie theatres are showing that their shows are all booked. Earlier movies had shown the same trend with actual theatre attendance being close to zero. So the question is, who is buying these tickets? Where is the money coming from? Where is it going?

Now with Hindu children not being exposed to our rich history and culture and being exposed only to such secularised and fantasized versions of our history through movies, they are bound to stray far away from Hindu Dharma. So while Brahmastra may be ‘inspired’ by Hindu history and culture, make no mistake, it has got nothing to do with Hindu Dharma. No wonder, Hindus are saying #BoycottBrahmastra.