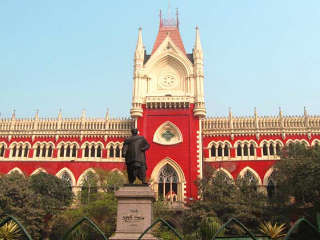 On Thursday 19th May 2022, the Calcutta High Court ordered a joint probe by the Central Bureau of Investigation (CBI) and the National Investigation Agency (NIA) into the allegations of forceful religious conversions at Kaliachak in Malda district of West Bengal. Vishwa Hindu Parishad applauded this historic directive by the High Court and demanded a strong anti-conversion law.

The high court bench of Justice Rajasekhar Mantha directed the Malda district police superintendent to file an affidavit detailing the actions taken so far over the issue. Justice Mantha has directed the central probe agencies to submit a report to the high court by June 21.

Recently, a group of Hindu women in Malda in West Bengal had accused the Inspector-in-Charge of a local police station of forcibly trying to convert them and their husbands to Islam. The incident took place in Kaliachak town in the Malda district of West Bengal. Considering the gravity of the matter, Justice Mantha ordered a joint probe by the CBI and the NIA.

Amiya Kumar Sarkar, east zone secretary of the Vishwa Hindu Parishad demanded a strong anti-conversion law for the state to check illegal proselytization of innocent Hindus and stop Jihadi barbarism. He said in a press statement, “The state administration has gone too far. Therefore the Sanatani Hindu society no longer has any confidence in the Babus of the administrative departments of the state. And if this demand is not complied with then the Vishwa Hindu Parishad will take necessary action for starting a mass movement in the state.”

He further said, “Yesterday the high court has given the good news that the two central agencies had been given the task of investigation. Thus, the fact that the Vishwa Hindu Parishad has always been on the side of the traditional Hindus is proved once again. It is also clear how the Islamic Jihadists and the local police are working in tandem with the TMC goons.”

Advocate Anindya Sundar Das appeared as the counsel for the plaintiff. He said, “Two persons were missing from Kalichak Malda. They are masons by profession. Jihadis present in Kalichak of Malda are responsible for their forceful conversion. In addition, there have been allegations of explosives in this incident. Therefore, CBI and NIA have been given the responsibility to jointly investigate the incident.”

The matter came to light after a video of a female BJP worker, narrating the ordeal of the said women, went viral on social media. In the undated video, the BJP worker informed that several posters had come up near the post office in the Englishbazar area of the Malda district. The protesting women were seen holding several placards saying that the police officer is forcing them to convert to Islam. They had also hung several banners behind them in front of the Malda post office saying that they will resist this and will not change their religion.