One cannot forget the contribution of Veer Savarkar in Indian History and the freedom struggle. In spite of the torture faced by him in Dungeon at Andaman for the motherland, he only got disregarded by destiny. Today also attempts are made to insult him by spreading false information and publicity. To stop this it is necessary to give answers with historical evidence. So if political differences were set aside and the benefit is taken from Savarkar’s foresight then the partition of India could have been prevented. From this angle, the Central Information Commission and famous writer Uday Mahurkar along with co-writer Chirayu Pandit have written a book ‘Veer Savarkar : The Man who could have prevented partition’ on the basis of historical evidence to throw new light on the life of Savarkar. The function of the launching of this book in Goa is to take place on 9 January 2022, said Mr. Ramesh Shinde, National Spokesperson, Hindu Janajagruti Samiti. At this time Mr. Prashant Walke, of Swarjya Sangatana and Mr.Govind Chodanker were also present at this press conference.

Mr. Ramesh Shinde further said that ‘For the launch of this book, the writer and Central Information Commissioner, Uday Mahurkar, P.P Brahmeshanand Swami from Tapobhumi Kundai, as chief guest the President of Mumbai National Swantantraveer Savarkar Memorial, Shri. Praveen Dixit (Retired Director General of Police, Maharashtra) and the National Spokesperson of Hindu Janajagruti Samiti Shri. Ramesh Shinde will be present. A humble request to all Savarkar admirers and patriotic citizens of the Gomantak region to be definitely present for the launching of this book.’ Kind suggestion: It is mandatory to observe all the Covid related safety protocols at the venue as laid down by the government. 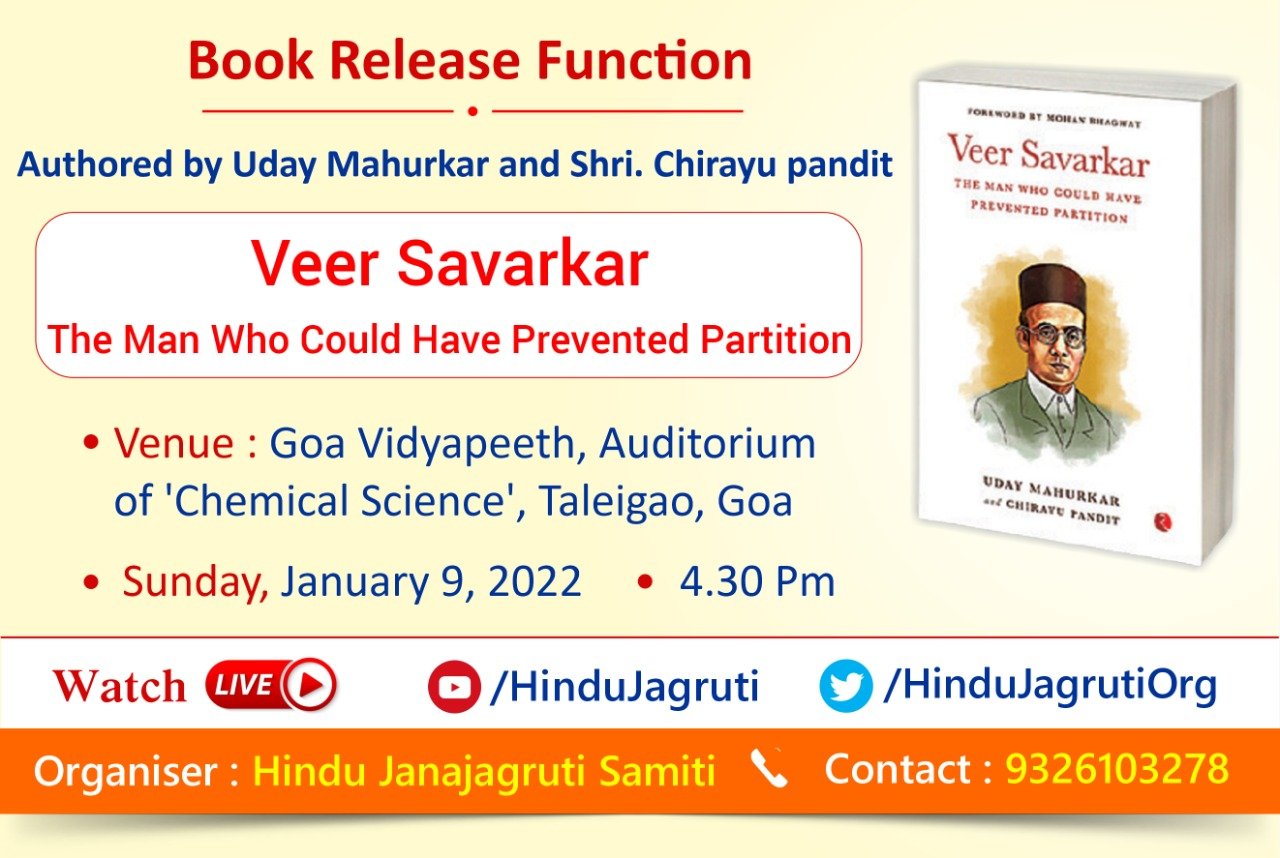 Venue of the program: