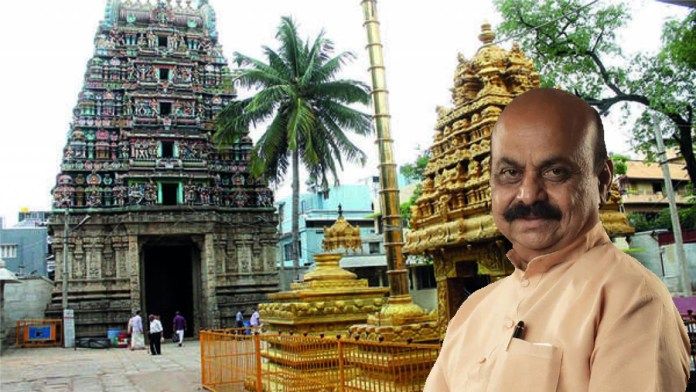 Chief Minister Basavaraj Bommai on Wednesday said that the Karnataka government will free Hindu temples from laws and rules that require the temple managements to seek permission from the govt to utilize their income for development. He informed the state govt will bring a bill to this effect before the budget session of the assembly.

The CM said that under the new law, there will only be some regulations for the functioning of the temples, and there will be no government control over them. He informed that the temples will be allowed to manage their own affairs. He made the announcement at the BJP state executive meeting in Hubli.

“Temples that have suffered under the hands of officers and bureaucrats will be freed. They will from now look after their own development. We are planning to bring in a new bill in the next cabinet wherein temples will be freed from state control. Except for regulation, they will manage their own affairs,” the CM said.

CM Basavaraj Bommai also added not just the anti-conversion bill will not just become a law, but a special task force will also be constituted to implement it properly. Refuting the Congress claim that it will scrap the law if it comes to power, he said that “the law ensuring freedom for all to practice their religion will remain permanently.”