After facing a series of boycott and cancellations of his shows, Anti-Hindu comedian Munawar Faruqui has now announced to perform in Pune, Hyderabad and Kolkata on January 7, 9 and 16 respectively.

Only last month he had hinted at quitting comedy after his show in Bengaluru was canceled. Faruqui may be thinking Kolkata could be a safer place to hold the show where he can mock Hindus under the protection of the Mamata Banerjee-led Bengal government.

The comedian informed about his proposed shows in Pune, Hyderabad and Kolkata on Instagram. He also shared a link to book tickets for his two-hour show named ‘Dhandho.’ While the ticket costs Rs 799 he has not shared the venue of the shows. 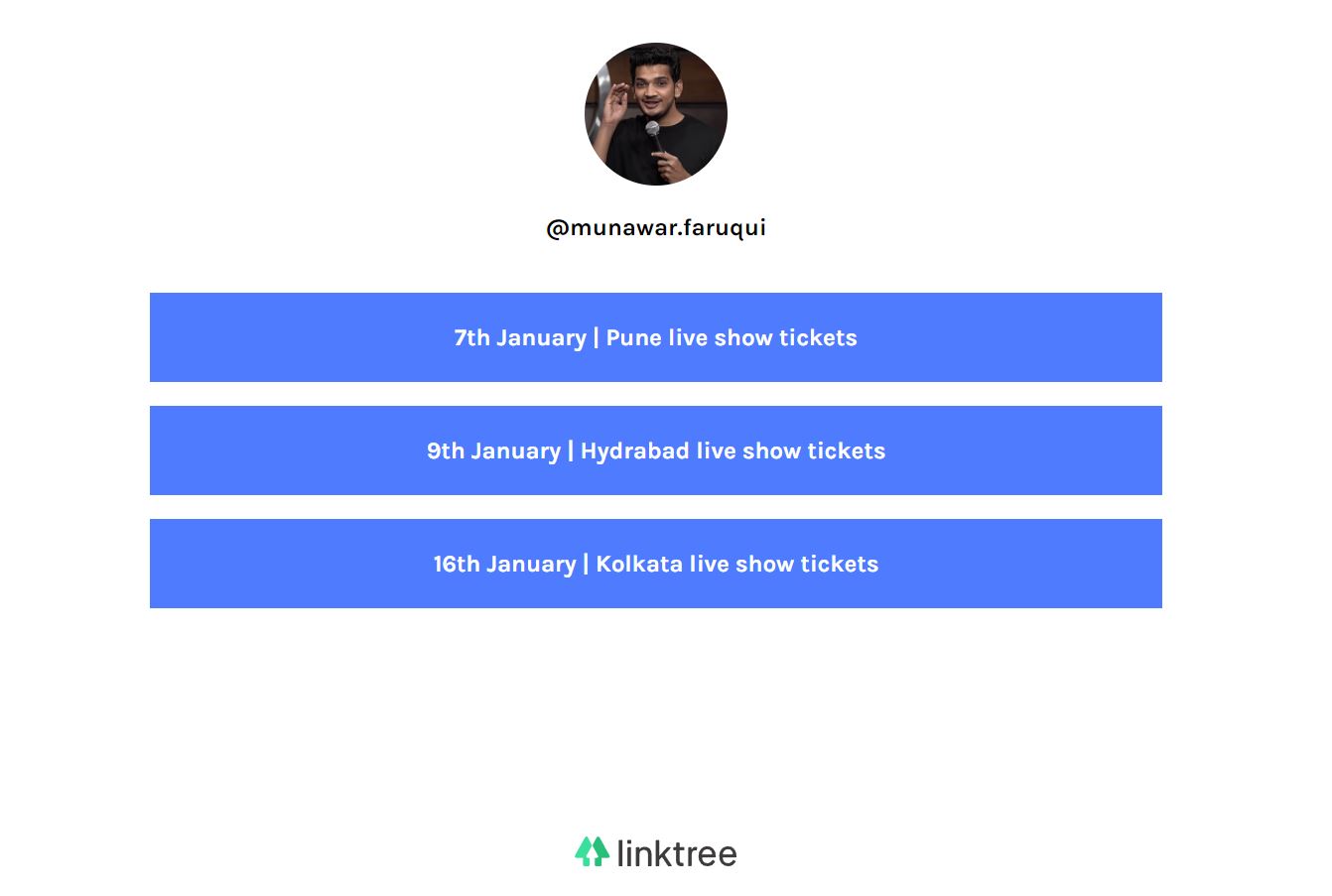 Munawar Faruqi who is constantly deriding Hindu Dharma, has now announced his show titled ‘Dhandho’ in Pune on January 7, 2022.

Faruqui has been facing backlash for insulting Hindu God and Goddess through his Anti-Hindu comedy. He had mocked Hindu deities in name of comedy at a program held in Indore, Madhya Pradesh in January 2021.

He has a history of hating Hindus through poor comedy. In one such stand-up gigs he had cracked jokes upon the victims of Godhra train burning. Faruqui not only mocked victims he had also peddled conspiracy theories to suggest the involvement of the RSS in the Gujarat carnage. In the face of the public protest for his hate against Hindus, he had to cancel his shows in many states.

In November the Bengaluru police had asked the organizers to cancel his show in light of the criminal cases registered against him in different states of the country. Faruqui was scheduled to perform his ‘Dongri to Nowhere-Comedy Special’ at the Good Shepherd Auditorium in Bengaluru.

He rued that his show was canceled after having sold over 600 tickets. He lamented that in the past two months, 12 of his shows were canceled due to threats to the venue and audience. He had hinted at quitting comedy.

Besides, he had to cancel his show in Panaji in Goa, Chandigarh and Mumbai due to protests. His entire Gujarat show was canceled in September after the Bajrang Dal threatened to disrupt his program.