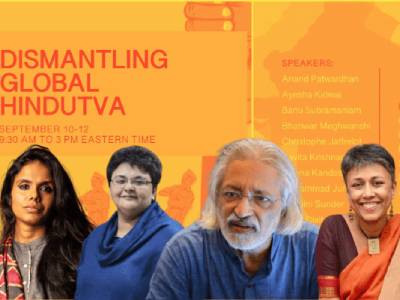 This is a sampling of the blatantly false and baseless anti-Hindu sentiments echoed in the ‘Dismantling Global Hindutva’ conference, an international online conference was organised between 10 and 12 September 2021. On the first day, in the 3 sessions, different speakers expressed their Hinduphobic and anti-Hindu views on the topics viz. ‘What is global Hindutva?’, ‘Political economy of Hindutva’, and ‘Castes and Hindutva’. These so-called thinkers have been invited by the organisers of this conference with the purpose of destroying Hindutva at the global level. As per information on the ‘Dismantling of Global Hindutva’ conference website, the supporters of ‘Hindutva’ adopt stringent (dominating) policies against the backward (Dalit) community, tribals, non-Hindus, Muslims, and women. Those who believe in ‘Hindutva’ are committed to the establishment of Hindu Rashtra and they are trying to amend the Constitution for separating it from secularism and democracy; therefore, to oppose them, the so-called thinkers have been brought together to present their side on political, financial, castes, sexual discrimination, science, and health among other issues which are supposedly being influenced by Hindutva across the globe.

First session – ‘What is global Hindutva’!

False claim of support from 40 universities!

The conference could not have ended without the conference organisers playing the victim card. The organisers claimed that they and their participating ‘intellectuals’ were facing threats of bodily harm. The press decided to go with this narrative to paint the organisers and participants as brave individuals who were risking their life and limb to attend the conference. 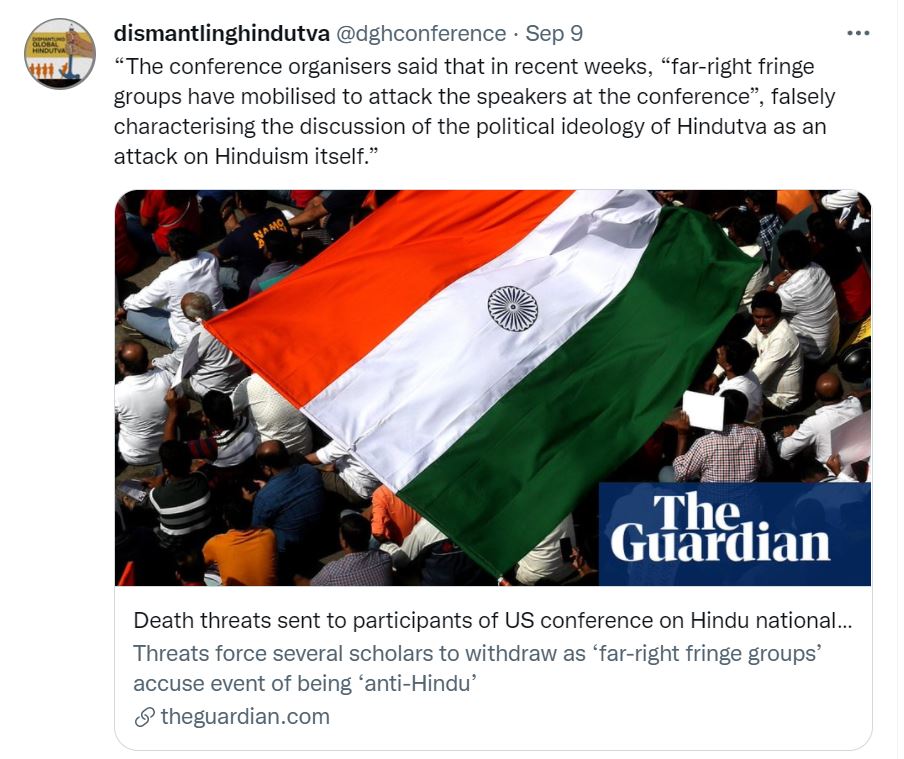 The only single line of truth from the entire conference !

While the entire conference was a long list of lies, half truths, concoctions and imagined horrors of Hindutva, there was one line that stood out.

The irony may be lost on the conference organisers. Because it is the left liberal and anti-Hindu anti-India lobby that is bent on painting India as the world’s ‘rape capital’ and Hindus as rapists. Every single time a sexual crime is committed by a religious fanatic the press and the left liberal gang immediately glosses over the name and religion of the accused. So who is playing politics over rape?