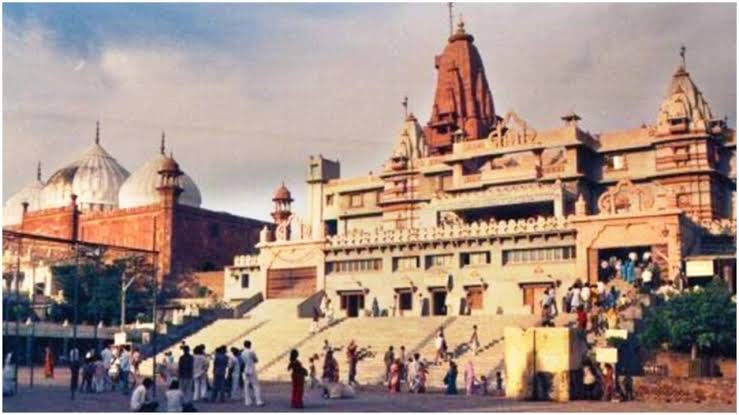 Keeping the Krishna Janmabhoomi at the centre, the UP government has declared that an area comprising of 22 wards of the Mathura municipality will henceforth be identified as a holy pilgrimage site and will have a complete ban on the sale of meat and liquor.

It is notable here that the ban on the sale of meat in Mathura was already declared by the government on August 30. With a formal declaration now identifying the 10 sq km area around the Krishna Janmabhoomi as religious pilgrimage site, enforcement is expected soon.

Earlier, when CM Yogi had announced a ban on meat in Mathura, it was speculated that the entire district may be restricted from selling meat and alcohol. But with today’s declaration, it has been made clear that only a specific area of the city, a 10 sq km area around the Krishna Janmabhoomi, will have a ban on the selling of meat and alcohol.

It is notable here that a ban on the sale of meat and alcohol exists in several other sacred sites in India. In 2017, CM Yogi’s government had declared a ban on meat in Vrindavan and Barsana. Similar bans also exist around the holy temple sites of Varanasi, Haridwar and Rishikesh too. In Amritsar’s walled city too, there is a ban on the sale and consumption of meat and liquor.