Ratnagiri : Hindus today, should change their mindset to ‘God helps those who help themselves’. Raise your voice against atrocities yourself, don’t wait for anyone else to do it. Shri Krishna will incarnate for the destruction of adharma; But for that you have to stand up against the attacks on Dharma. In the battle of Mahabharata, Shri Krishna guided Arjuna to act according to Krishna-niti to protect Dharma, similarly we have to act according to Krishna-niti to protect Dharma. Ranjit Savarkar, the Chairman of ‘Swatantryaveer Savarkar Rashtriya Smarak’ asserted that Ram Rajya (Hindu Rashtra) can be established only by abiding by Krishna’s policy like Arjuna did. He was addressing the Hindu Rashtra-Jagruti Sabha organized by Hindu Janajagruti Samiti on Saturday, December 3, 2022 at Chhatrapati Shivaji Maharaj Stadium, Maruti Mandir in the city. 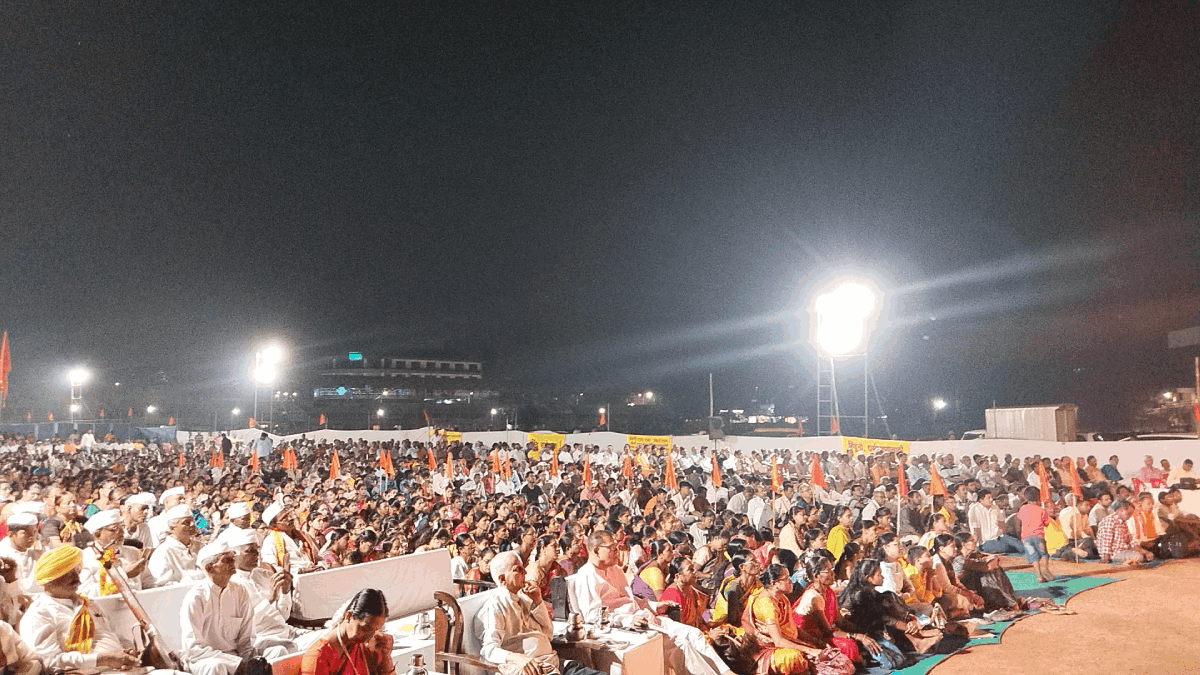 If we practice spirituality and unite, can experience Hindu Rashtra before 2025! – Sadguru Swati Khadye, Sanatan Sanstha 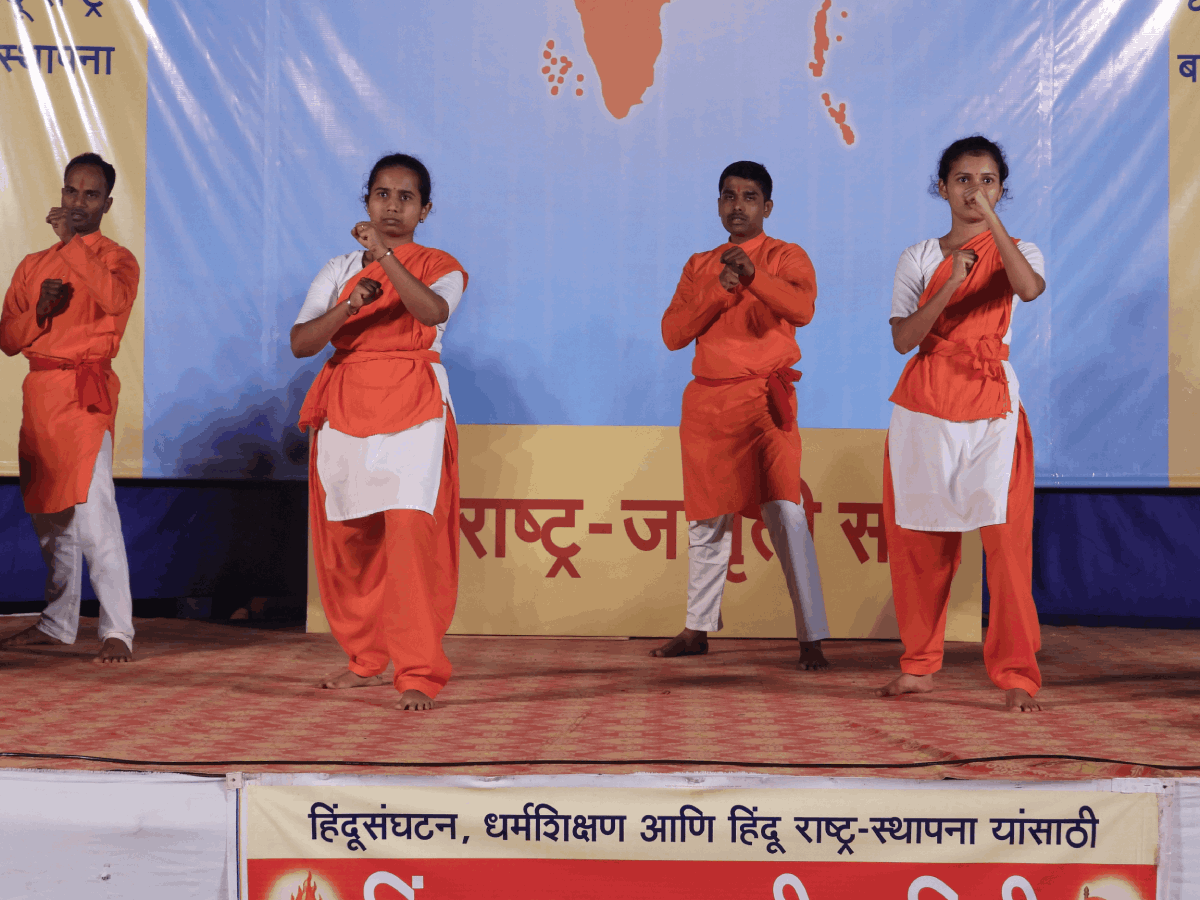 When Mr Manoj Khadye called upon the attendees to celebrate New Year on Gudhipadva instead of 1st January, all of them lit up their mobile phone lights in response 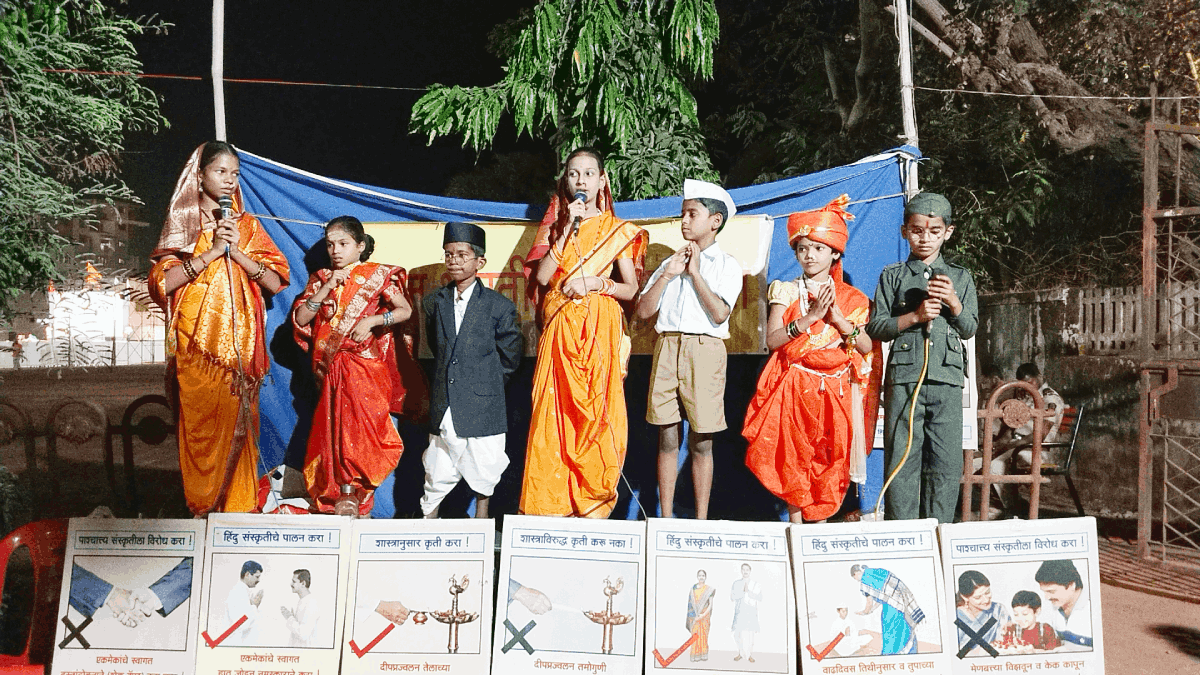 Child seekers dressed as revolutionaries exhorted the audience to learn the importance of Indian culture.

Warkaris of Lanja taluk Warkari sect took out a procession (dindi) to participate in the Sabha.

100 activists of Bajrang Dal and devout Hindus from Lanja took out a procession from Ratnagiri to the venue.

This Sabha was broadcast on Facebook Live with close to 2000 viewers.