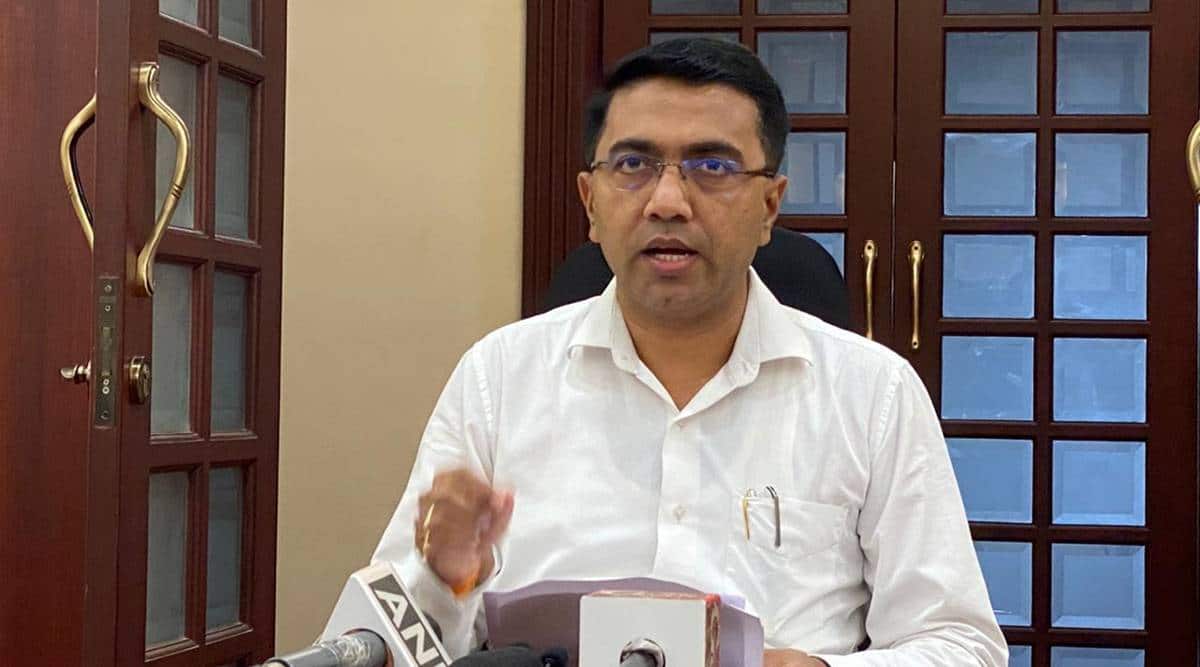 Saying that forceful religious conversions won’t be tolerated in Goa, Chief Minister Pramod Sawant, who also holds the Home portfolio, lauded the police on Saturday for arresting Dominic D’souza, who has been accused of carrying out such activities.

The Goa police arrested D’souza on Thursday after two separate FIRs were filed against him. He was, however, released on bail by a local court on Friday. “He was arrested after several complaints of conversion against him. He got bail but his house & places used in these activities have been sealed.” Pramod Sawant said.

“He had previous cases of carrying out religious conversions. He would induce people to change their religion by using magic. There were two or three complaints against him in the past as well but our police department has taken such action against him for the first time. Such cases of religious conversion will never be tolerated in Goa. Those who are carrying out such activities will be prosecuted,” Pramod Sawant said.

Sawant added that D’souza would lure poor people into religious conversion using money. “Two MLAs have stated that there is a need to bring strict law. We will think about amending or bringing a new law in the forthcoming assembly session in order to protect the religious harmony of the state. Such conversions will not be allowed. Whenever we receive a complaint, we will immediately stop such activities. We respect all religions and all people – Hindus, Muslims and Christians. There should be no religious conversion by inducement,” the Chief Minister said.

“People should come forward against such acts and report, so it can be stopped,” Sawant said referring to the arrest of Christian Pastor Dominic D’Souza on the charges of religious conversions.

“I congratulate those who complained against Dominic. Last 30 years, he was involved in such acts. Few politicians were saying that religious conversions were not taking place, but I hope now they have come to know about it,” Sawant said.

The Goa Police arrested Pastor D’souza who allegedly ran a ‘cult-like’ establishment. He had allegedly induced two people into religious conversion and was held under sections of the Drugs and Magic Remedies (Objectionable Advertisement) Act.

According to the police, complainants Nikhil Shetye and Prakash Khobdekar had alleged that D’souza had induced them into giving up their own religious beliefs and following his establishment. One complainant alleged that D’souza had converted his wife and when he had resisted following suit, he threatened him and asked his wife to leave him and give up the Hindu ideology.

The other complainant said that he had approached D’souza because he felt helpless about his ailing father. D’souza had given him an oil which he said was a ‘Holy Oil’ and could cure all diseases. The complainant, however, said that D’souza had also asked him to give up his religion and join his establishment, the police informed.

Shobhit Saksena, Superintendent of Police of North Goa, said: “We booked him under Section 153A (Promoting enmity between different groups on grounds of religion, race, place of birth, residence, language, etc), 295A (Deliberate and malicious acts, intended to outrage reli­gious feelings of any class by insulting its religion or reli­gious beliefs) and Sections 3 and 4 of the Drugs and Magic Remedies Act.”

The police further said that the ‘Holy Oil’ that D’souza tried to give to one of the complainants would be sent for forensic analysis.

D’souza has eight other criminal offences, including a culpable homicide not amounting to a murder case, registered against him that are pending before the court, the police informed.

Goa: Police nab pastor, his wife for luring people into converting to Christianity 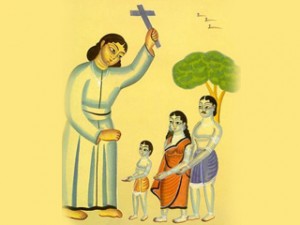 Panaji: A pastor and his wife were arrested from North Goa for allegedly luring people into converting to Christianity, police confirmed on Friday.

As per the police, Pastor Dominic D’Souza and his wife Joan lured people by offering them cash or promising relief from long-term ailments.

The husband-wife duo was arrested on Thursday night after separate complaints were lodged against them by two persons, who accused them of indulging in religious conversions, the official of Mapusa police station said.

According to the complaints, the couple used to operate from Saligao village in North Goa, some 20 km away from the state capital.

They were booked for promoting enmity between different groups on grounds of religion and for indulging in deliberate and malicious acts intended to outrage religious feelings, and also under relevant sections of the Drugs and Magic Remedies (Objectionable Advertisement) Act.

Police had received complaints that the couple was asking people to convert to Christianity by luring them with cash or other promises, including curing them of their long-term illnesses, said the police official.

The accused couple would be presented before a local court on Friday, where police would seek their custody for further investigation, the official added.