The Banaras Hindu University had introduced a new course on Hindu Studies this year, the first of its kind in India. As per reports, the MA course in Hindu Studies is offered by the Bharat Adhyayan Kendra (BAK) in the University’s Faculty of Arts. 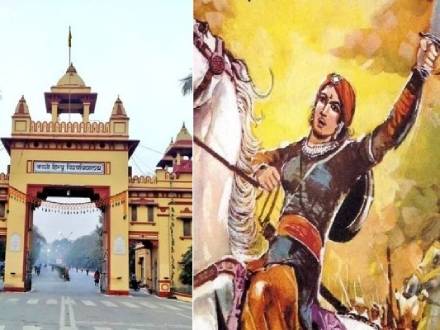 As per a report in Hindustan Times, the course structure is said to include topics on ancient warfare in India’s ancient texts. The role of female soldiers, military strategy, setting up of camps and military negotiations as envisaged in Indic scriptures are to be included under the topics.

The HT report mentioned that officials at the university explained that the topics aim to introduce the idea of the military to uncover the references of ‘defence studies’ in Vedic literature and to use it in contemporary times to solve present challenges.

According to the official document accessed by the Hindustan Times, there are four units under one of the papers titled ‘Indian military, science and strategy’. These units focus on topics like

Commenting on the need for such a subject, a senior university official said, “We have references of military sciences and military strategies in Vedic literature that are not brought into the knowledge and practice as of now. It is necessary for the students to study Hindu military science and strategy through the curriculum.”

“In this programme, the students will study two important books: Vasistha’s ‘Dhanurveda Samhita’ and Vaishampayan’s ‘Neeti Prakashika’, both in Sanskrit, which exclusively deal with military strategy and nobody knows about them,” the official added.

The official on the condition of anonymity further revealed that countries like China use ancient military knowledge in the present context. India’s ancient texts too possess crucial information on the formation of the strategies for national security and how to deal with external as well as internal enemies.

It is notable here that many Indian texts focus on the idea of warfare, politics, national strategy and administration. However, the studies and research on these topics are limited to history courses and have rarely been implemented in the mainstream syllabus.

The MA course on Hindu Studies, a joint effort by BHU’s Department of Philosophy and Religion, Bharat Adhyayan Kendra, Department of Sanskrit, Department of Ancient History, Culture, and Archeology, is the first of its kind in India.

Interestingly, people from various parts of the country have shown a great deal of interest to learn more about Hindus and their civilisation. “A large number of these queries are from NRIs who have a keen willingness in staying connected with their roots and gain more knowledge,” Arts faculty dean Vijay Bahadur Singh was quoted in the HT report.

40 students will be admitted in the first batch this year. The 2-year MA course will include 9 compulsory and 7 optional papers.

This is, perhaps, for the first time in the country that the various fields of Hindu scriptures such as military science, philosophy, epistemology have been given an academic format. The syllabus includes the tradition of Hinduism, which mainly consists of the principles, interpretations, debates and methods of determining the meaning of scriptures, Western knowledge epistemology, Ramayana, Mahabharata, architecture, folklore, folk-drama, linguistics and ancient military science.