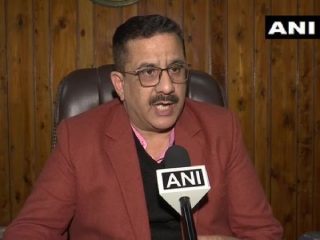 Lucknow : Former chairman of Shia Waqf Board, Wasim Rizvi, on Monday urged Prime Minister Narendra Modi to scrap the Places of Worship Act, 1991 calling it a law brought by the then Congress government to appease the Muslims. He also suggested that temples demolished by Mughal emperors should be rebuilt and mosques which stand there should be removed.

In a video message, Wasim Rizvi confirmed that he has written to PM Modi to abrogate the Places of Worship (Special Provisions) Act, 1991, which was enacted by the Congress government to “appease the Muslim community” and to grant security to “illegal mosques built by the Mughal emperors after demolishing ancient temples”.

“I urge you to scrap the Places of Worship Act, 1991, brought by the then Congress government to appease some Muslim organisations and violate the rights of the Hindus, and bring in laws or set up a high-level committee to mediate and remove these mosques and rebuild the ancient temples where they stood before being demolished by the Mughal emperors,” read the letter in Hindi.

“We live in a democratic country. We cannot undo the exploitation by the Mughal emperors, but giving back the religious belongings will be justice to the Hindus of the country.” said Wasim Rizvi.

In his letter to the PM, he has named Ram Janmabhoomi in Ayodhya, Krishna Janmabhoomi in Mathura, and Kashi Vishvanath temple in Varanasi among others as some ancient temples demolished by the Mughal rulers.