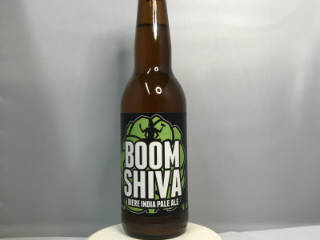 Distinguished Hindu statesman Rajan Zed, in a statement in Nevada (USA) today, said that inappropriate usage of Hindu deities or concepts or symbols for commercial or other agenda was not okay as it hurt the devotees.

Zed, who is president of Universal Society of Hinduism, indicated that Lord Shiva was highly revered in Hinduism and was meant to be worshipped in temples or home shrines and not to be used in selling beer for mercantile greed.

Hinduism was the oldest and third largest religion of the world with about 1.1 billion adherents and a rich philosophical thought and it should not be taken frivolously. Symbols of any faith, larger or smaller, should not be mishandled, Rajan Zed noted.

In Hinduism, Lord Shiva, along with Lord Brahma and Lord Vishnu, forms the great triad of Hindu deities.

According to reports, beers produced by Brasserie Des Sagnes, said to be one of the oldest French artisanal breweries still operating, is also sold at various markets, stores, restaurants, etc., in France. Boom Shiva (India Pale Ale) beer (33cl – 5%vol), said to be brewed with five different hops, was selling online at another site for 3,20 € per bottle.