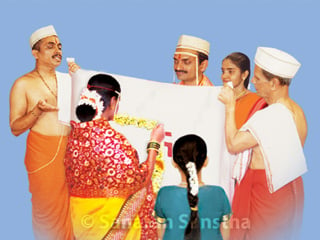 Hindu Dharma has advised sanskars to be performed during the sixteen principal events of life, so as to move closer to God. The most important of them being the ‘Vivah sanskar (Hindu wedding sanskar)’! The true objective of a wedding is that two individuals seek the blessings of God to lead a compatible and happy married life! For this, it is absolutely essential to perform the ritual of marriage strictly as per the scriptures. This article explains the importance of performing Vivah sanskar (Hindu wedding sanskar) amidst rituals. 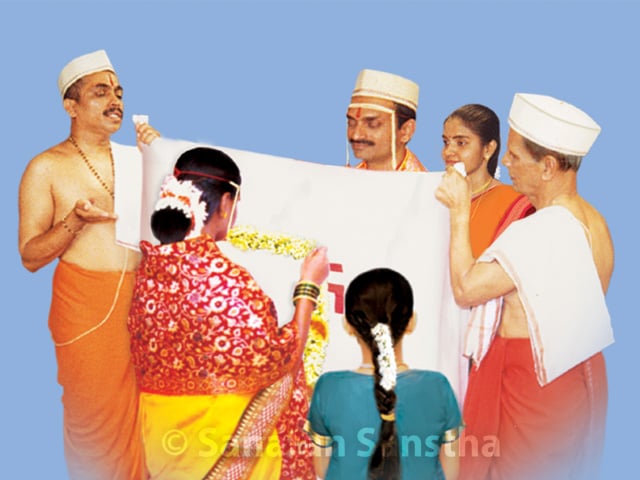 Taking the bride from her father’s home to one’s own home is termed as ‘vivah’ or ‘udvah’. Vivah means

A. Hindu Dharma has prescribed four Purusharthas, that is Dharma (Righteousness), artha (Material gain), kama (Desire) and Moksha (Final Liberation). The purpose of the vivah sanskar (Hindu wedding) is to fulﬁll the Purushartha of ‘kama’ and then gradually advance towards ‘Moksha’.

B. Several important things in the life of a man and woman are associated with marriage; for example, love between man and woman, their relationship, progeny, various happy events in their lives, social status and prosperity.

C. Society respects a married woman, which assists in keeping the society in a healthy state : ‘Sight of a woman with kumkum (Saffron) on her forehead, wearing a mangalsutra around her neck, green bangles, toe rings and six or nine-yard saṛi automatically generates respect for her in the mind of an observer. Due to the relationships of wife, daughter-in-law, paternal aunt, sister-in-law etc. after marriage, a woman automatically gets a respectable position. Viewing a woman (other than the wife) as a mother and with respect keeps the society in a healthy state. Spinsters can look up to such a woman as their ideal.

3. A Hindu wedding performed amidst religious rituals is superior to a registered marriage

A. Importance of performing Hindu wedding as per the religious rituals and its beneﬁts

4. Matching of horoscopes while arranging a Hindu wedding 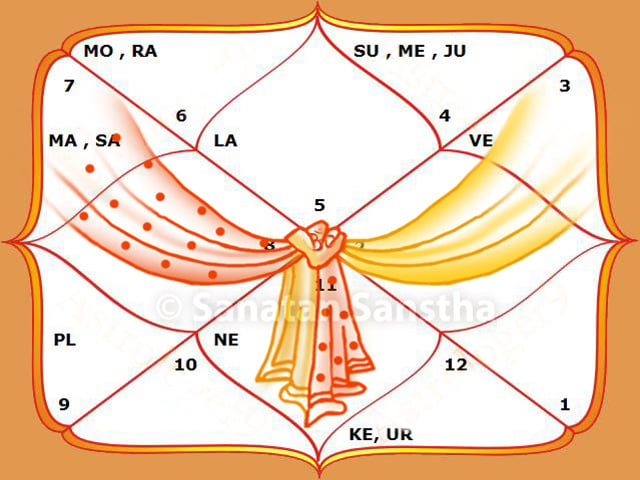 Even if all thirty-six points in the horoscope match (100%), the matching between husband and wife or between average individuals is only about 10% and not 100%. Besides, in the present Yug (Era) one should keep in mind that only 35% astrological predictions as per horoscope are accurate.

B. Matching attributes of the bride and the groom

as per horoscope and their compatibility as husband and wife

Wife as per Dharma