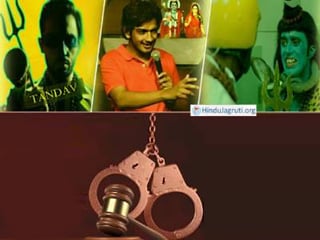 Ordinary Indian society is strong and theistic. The Indian Constitution indicates respect for the religious beliefs of every citizen; But today religion, scriptures, deities, saints and national figures are being disrespected in a big way through drama, movies, webseries, advertisements, poetry, pictures etc. To hurt religious sentiments and create tension in the society by disrespecting the idols or images of deities in public places; atheism, ridiculing deities in the name of freedom of expression, freedom of art etc., portraying deities inappropriately, circulating derogatory images of deities in social media; Showing characters of Gods in webseries-movie-drama-advertisements, speaking humorous-objectionable dialogue and ridiculing those characters or Gods; composing disrespectful poetry related to deities, saints, religions etc. and presenting them in various ceremonies; Openly disrespecting the deities by distorted and malicious writings in relation to the deities has increased to a great extent. Through this, discontent is being spread among the majority believer-rich Hindu society. Due to this, the faith of some citizens in the deity and religion may be reduced or their religious sentiments are being hurt.

Immediate passage of a stringent ‘Anti-Blasphemy Law’ to prohibit denigration of Gods ! 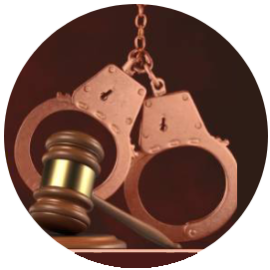 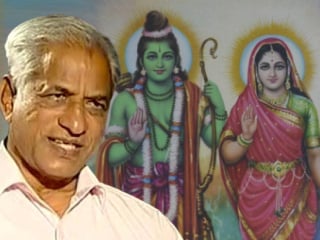 Prof KS Bhagwan of Karnataka is notorious for wilfully insulting Hindu Gods. He is again grabbing headlines with his derogatory remarks against Lord Shri Ram. In a programme held in Mandya, Karnataka, he is on record claiming that ‘Shriram would habitually spend his afternoons drinking with his wife Seeta. Ram did not rule for 11,000 years he only ruled for 11’. These despicable statements are against Shri Ram, an incarnation revered by crores of Hindus India and world over. Prof Bhagwan is no stranger to such controversies. He has been the subject of multiple FIRs across Karnataka for derogatory statements against Shri Ram. He has even been arrested and bailed out on the condition that he would refrain from making such statements. However, his recent statement violates the terms of of his release. His bail must be cancelled for violating the terms and he must be put behind bars. 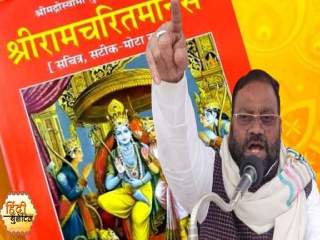 Samajwadi Party leader Swami Prasad Maurya called for Shri Ramcharitmanas to be banned while insinuating that it has verses that ‘call for women and people of certain castes worthy of being beaten’. He said ‘such books must have been banned long ago. Such parts (verses) should be removed’. Such statements are gross denigration of Ramayan and Shri Ramcharitmanas. Swami Prasad Maurya is wilfully making such statements for political gain, and not after careful study of the scriptures that he so carelessly maligns. This seems to be an attempt to create a divide in the community. 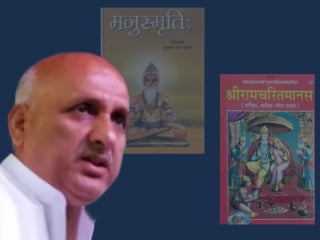 Bihar education minister Prof Chandra Shekhar created a controversy when he called the Ramcharitmanas (composed on the life of Shri Ram by Goswami Tulsidas ji, a revered Saint) a book that spreads hate. This statement has hurt the religious sentiments of the Hindus. Moreover, he has refused to apologise and remains steadfast on his statement. This is an attempt to wilfully denigrate revered Hindu scriptures and spread hate in the community. Prof Chandra Shekhar must be relieved of his ministerial duties and stringent legal proceedings must be initiated against him.

Hindu Janajagruti Samiti strongly condemns the Hinduphobic statements. Such flagrant denigration of Hindu Gods is in contravention of Indian laws. These and other such wilful offenders must be booked under relevant sections of the law such as ‘Deliberately insulting the religious sentiments of Hindus’, ‘wilfully spreading falsehood and hate regarding Hindu scriptures’ and ‘creating enmity between communities’ and be arrested immediately.

Today, there are invisible forces that are trying to create divides along religious-caste-linguistic lines. The ‘divide and rule’ policy instated by the British is again being used to further divide the Hindu community. Such incidents pose grave danger to the nation’s Sovereignty, Unity and Integrity while also creating a law and order situation. The freedom of speech and expression enshrined in the Constitution is being misused to denigrate and debase Hindu Gods, hurt the religious sentiments of Hindus and create a hostile atmosphere in society.

Currently, under section 295A, the Constitution has provisions for legal action against someone who outrages religious sentiments. But the State has to approve legal action against the accused. So if the State concludes that the words or actions of the individual vitiate the atmosphere of the society or that the statements hurt the religious sentiments, then action is initiated. This happens far too infrequently. This laxity has emboldened the habitual offenders. So the conviction rate for such incidents is abysmally low.

Most of these offenders are let off scot-free under the guise of freedom of speech and expression. But don’t the religious sentiments of Hindus account for anything? Will the State give any thought to this or not? The constitution of India also accords every citizen the freedom of religion, which also accords Hindus the right to protect their religious sentiments. Hence, there is now an urgent need for a stringent Anti Blasphemy law that covers all objectionable statements, books, plays, movies, advertisements, poems, images, pictures, etc., which deliberately malign Hindu Dharma, scriptures, Gods, Saints, and national figures. Hindu Janajagruti Samiti requests your immediate attention to pass this law to reel in all these antisocial elements trying to divide society.

Hindu Janajagruti Samiti’s ‘Online’ Webinar on ‘Why a demand for Anti-Blasphemy Act?’

Those who mock Hindu Deities must be punished ! – Payal Rohatgi, Actress

‘Conspiracies have been deliberately hatched to spread Hindu-hatred through films and web series so that the followers of Sanatan Hindu Dharma will have inferiority complex and negativity towards Hindu Dharma and will forget their identity as ‘Hindus’. Such practices are also followed to bring films or web series into limelight. Those who cannot even act properly, get to act in these films or web series because of their anti-national and anti-Hindu attitude. This is a strategy and a covert assault on Hindu Dharma’ said an actress Payal Rohatgi. She further said, “The Central Government should take cognisance of the religious sentiments of the majority and legislate strict laws like anti-blasphemy law for ensuring social harmony, as well as those who mock Hindu Deities for their ‘career’ or ‘fashion’ must be punished”.

Payal Rohatgi was speaking on ‘Why a demand for Anti-Defamation Act?’ at at a webinar organised by Hindu Janajagruti Samiti under the programme ‘Charcha Hindu Rashtra Ki’. The programme, which was aired on YouTube, Facebook and Twitter, was watched by more than 57,000 people.

On the occasion, Advocate Virendra Ichalkaranjikar, President of Hindu Vidhyadnya Parishad said, “Spreading anti-Hindu propaganda through films and web series is a form of intellectual terrorism and Hindus are falling prey to it. The novel such as The Satanic Verses and film, The Da Vinci Code are immediately banned when objected to by other religious communities; however, such action is not taken when Hindus object. There is a censor board to certify the films; still, the question remains on what basis do its members approve of films ? There is a need for holding a big movement to create awareness about this. While there is freedom of expression, there are certain limits to it. Anti-Hindutva should be curbed by making proper use of the legal tools currently available”. At this webinar, founder of Hindu IT cell, Mr. Ramesh Solanki who is fighting a legal battle against the desecration of Deities said, “The Police were reluctant to register a complaint against the desecration of the Deities. Hindus need to be aware of this. Either you improve or we will reform you legally. he warned the anti-Hindus”. He warned anti-Hindu people